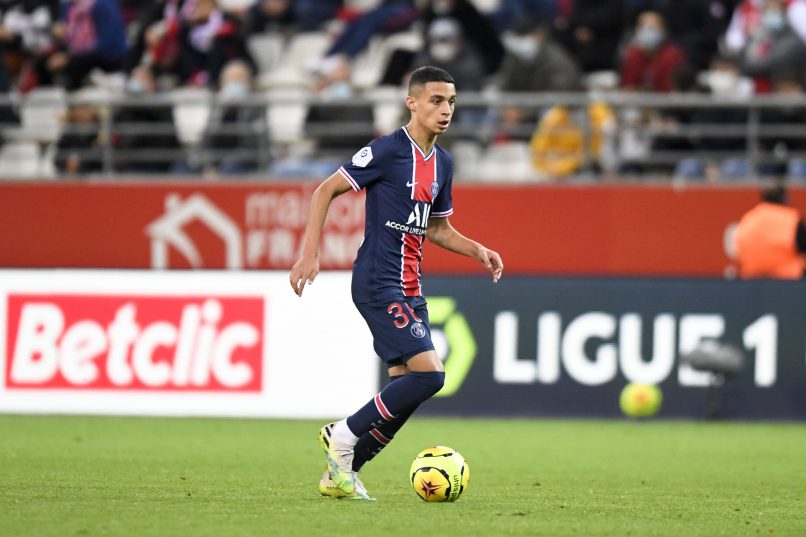 L’Équipe report that OGC Nice have made a pre-contract offer for 18-year-old PSG attacking midfielder Kays Ruiz-Atil, whose current deal expires in June.

Ruiz-Atil’s contract situation has led to him being excluded from 1st team activities with Les Parisiens from January onwards. Juventus have been tracking the teenager, but their plan would be to sign him and then loan him back out immediately.

The player’s father, Radouan, is hoping that his son’s next club provides him with a real project – FC Nantes put themselves forward early, but their status as relegation battlers has made the teenager largely ignore these advances.

Bordeaux and Montpellier have also been in contact, but it appears that it is INEOS’ OGC Nice project that currently lead the race, having offered the player a formal 5-year contract. The offer includes a signing bonus which is staggered across the duration of the teenager’s contract – Ruiz-Atil’s camp want a more immediate signing bonus and a shorter deal. They are also waiting to see who the next manager of OGC Nice will be.

Contacts have also been had with a German team that is in the process of qualifying for Europe and some La Liga sides.