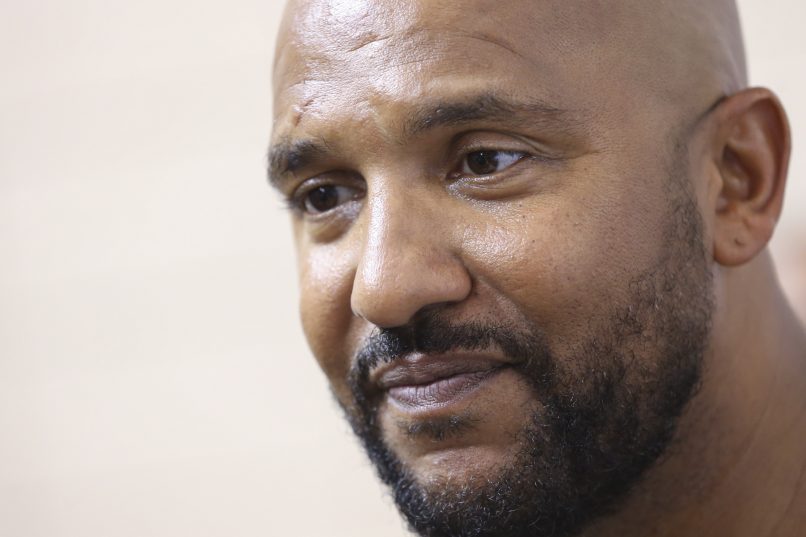 Like most Frenchmen entering English football in the nineties, Olivier Dacourt was surprised at the lack of care for sports science.

First appearing in the Premier League with Everton in the 1998/99 season, the silky Frenchman was quick to write home about the dietary requirements to L’Équipe.

“There is no set diet for the players. On the bus and even in the dressing room, the players are eating anything lying around (Mars bars, chocolate, etc.) At the hotel for away games, they are drinking Coke from big beer glasses. You can eat and drink what you want.”

If the food wasn’t sitting well with his cultured French palate, tactics were similarly basic.

“Before entering the pitch nobody knows who’s playing for the other team. If you are a foreigner you have to watch TV to find out anything about the other team.

The gaffer [Walter Smith] tells you only two words before the match: “Good Luck” – and a piece of paper on the wall of the dressing room gives directions for what we have to do on corners and free-kicks – something we spend about 10 minutes on in Thursday training sessions.

Despite the rough and ready nature of English football, Dacourt was not turned off by his time at Everton, and returned to England with Leeds in 2000 after a brief stint back in Ligue 1 with Lens.

David O’Leary was the manager of a youthful but ambitious Leeds side, and Dacourt was central to its success, both domestically and in Europe.

Johan Cruyff described that Leeds team as “rock and roll football, great to watch and a bit mad.” However, Dacourt revelled in the mayhem, contributing to their infamous Champions League run to the semi-finals of the competition in 2000/01.

“We didn’t win anything,” he told The Athletic. “That’s true and it’s a pity. I wish that we had. But as a team, we stay in the memory, don’t we? And maybe the memories are more important than trophies. Maybe they’re the best.

That Leeds team never fulfilled their considerable potential, largely due to financial mismanagement, and when O’Leary left the club to be replaced by Terry Venables, Dacourt’s days at Elland Road were numbered.

Having been cast aside by Venables, Dacourt was soon on the move, this time to Serie A title contenders Roma. Venables famously said that he would “personally drive him” to Italy.

Dacourt would go on to win two Serie A titles with Roma’s rivals Inter Milan before finishing his career in 2010.

The former French international has turned his hand to punditry since his retirement, regularly featuring on Canal + panels.

He has also launched a documentary series focusing on racial inequality in the game, “Je ne suis pas un singe’ — ‘I am not a monkey.” It focuses on the lives of black players on and off the pitch, and has featured among others Mario Balotelli, Patrick Vieira, and Samuel Eto’o.

Dacourt will be remembered for his time at Elland Road, but his legacy in the game is by no means fully written.