OPINION | The recklessness of the LFP & Mediapro, the integrity of Téléfoot Chaine 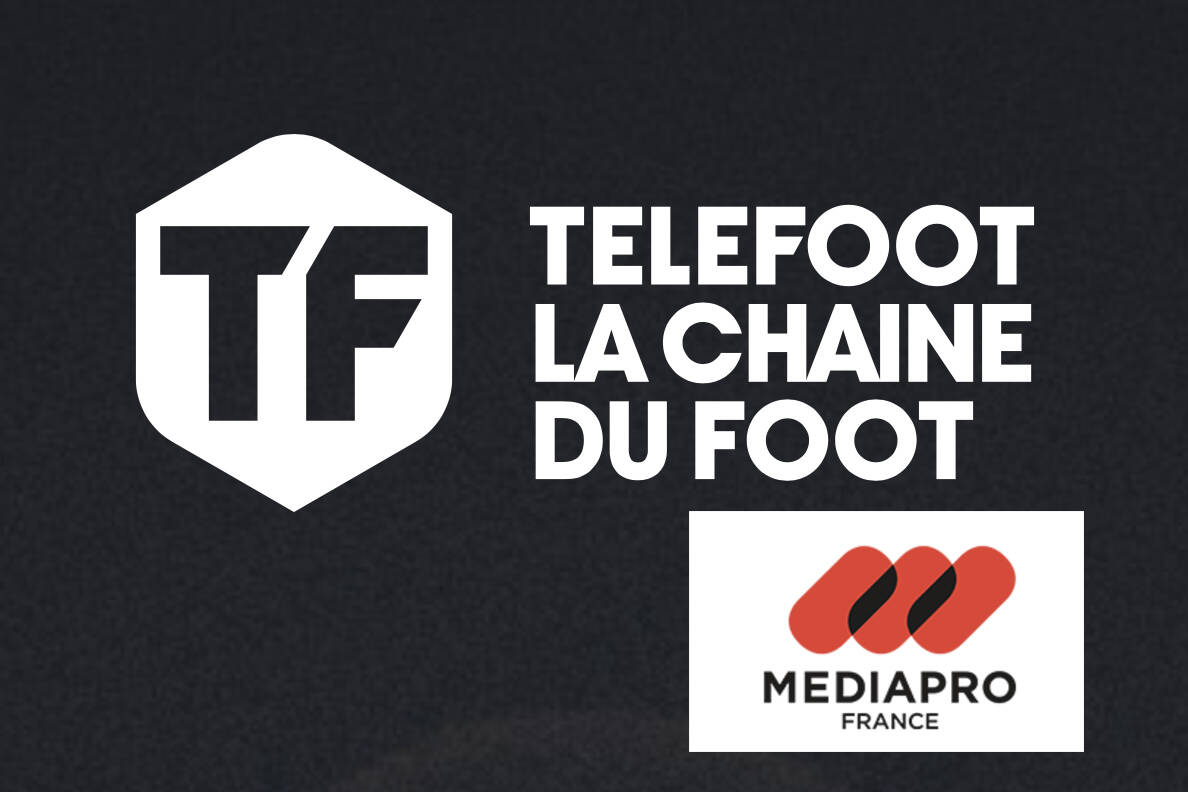 On Sunday evening the lights will go up for the last time at Téléfoot Chaine when Anne-Laure Bonnet presents the final “Le Vrai Mag,” the weekly magazine show that has accompanied each last game of the Ligue 1 weekend so far this season.

The ambitious TV channel, dedicated solely to football, the first of its kind in French broadcasting history, was supposed to last at least for the best part of 5 years, but is instead shutting down after less than 6 months.

How did we get here? It’s operating company, Mediapro, sought a COVID-19 discount to the rights payments that they had agreed to pay for the 2020/21 season. The LFP said no, and after Mediapro failed to make their second payment, in October, as contractually obliged, the LFP took them to the Nanterre Tribunal to see their contract cancelled. Despite this legal matter being resolved in December, Téléfoot Chaine has been able to broadcast French football matches for free in 2021 and keep the lights on because the LFP had been unable to find a replacement broadcaster. Until Thursday that is, when Canal + agreed a deal to broadcast the majority of the games until the end of the season from next week onwards.

From the outside looking in for years to come, the Mediapro chapter will be described as a con-job fiasco that robbed French football of its chance to break the footballing Overton window and finally earn broadcast revenue that would allow it to compete with the rest of Europe’s top 5 leagues. The Mediapro deal from 2020-2024 would have seen French football earn the most money in domestic rights over every other division apart from the Premier League, at the time that the agreement was struck in 2018, at €1.135bn a year.

The LFP will rightly be looked upon as absolute fools for accepting Mediapro’s offer in the first place, especially when Canal +’s proposal in 2018, then viewed as second best, would have still seen domestic French football rights be worth €1bn a year from 2020 to 2024, a €300m a year increase on the previous deal that had been shared between Canal + and BeIN Sports. The dumbfounding hubris of now-departed CEO Didier Quillot and co. not to seek any bank guarantees before accepting the Mediapro proposal was almost as “nails down a chalkboard” painful as their naivety to ignore the fact that the body’s Italian equivalent had made that very demand of Mediapro when they attempted to win the Serie A rights and the firm couldn’t provide them with sufficient evidence that they had the funds to pay hundreds of millions of Euros a year for the rights that they were seeking.

The LFP’s incompetence was ultimately not surprising, nor is it the main matter tackled by this piece – the governing body in this scenario acted as it largely always has – driven not by strategic planning or a bold vision for the future of a league that has the greatest potential on the European stage, with the greatest constant pipeline of footballing talent and some of the continent’s most passionate fanbases. Driven instead by the self-interest and arrogance of a small collection of the same power-brokers meeting in the same back rooms, putting their immediate needs first, favouring opportunities for self-aggrandisement first, elevating the interest of their friends second and doing what’s best for the future of the league third.

The saying goes, “fool me once, shame on you, fool me twice, shame on me.” The truth is that French football had never had the assets that it did at the time of the 2018 tender to be able to attract a foreign entity to want to buy Ligue 1’s domestic rights – Neymar, Kylian Mbappé, Monaco showing that the outcome of a league season was not a foregone conclusion by winning the title in 2017 and all this off of the back of a French World Cup win. It was a historic opportunity, one that the LFP was unprepared and unqualified to seize. But Joye Media, Mediapro’s parent company, which has operated with utmost secrecy for the best part of half a decade, is equally responsible for inflicting damage that will take perhaps until after the 2024 European Championships for French football to fully recover from.

This incredibly volatile backdrop has consumed the conversation – but we want to highlight the fantastic work that the all-star cast of broadcasting and journalistic talent achieved during this short period of time. The tragedy of this failed experiment is that the content that was produced was what anyone who loves football must hope for the future of its broadcasting. To be clear, we are not talking about how the product was technically delivered to our screens – the truth is that thousands of people over the course of the last half year were let down by problems with the OTT platform malfunctioning in some way, with error messages without explanation popping up mid-match or sound simply not working.

This is a homage instead to the on-screen talent they brought together, who courageously took the plunge in a daring new chapter in each of their careers.

Téléfoot Chaine took big bets on new talent that showed great promise – in Julien Momont’s contributions, the channel finally found a way to make tactical analysis fluid and comprehensible to the masses through concise interventions from a giant wall. Christophe Jallet is probably the best ex-player turned pundit that French football has produced in two decades – his footballing intelligence is matched by a softly-spoken, gentle delivery of his thoughts that is the equivalent of a great meal hitting the spot every time, whether he is a pundit on the magazine shows or a co-commentator during a Ligue 1 match. Mathieu Bodmer and Loïc Perrin, whilst several tiers below Jallet’s flawlessness and clarity of thought, had great moments of transmitting their wealth of Ligue 1 on-pitch expertise into our homes.

The channel by all means, and expectedly, did not do everything perfectly – attempts to emulate Julien Cazarre by incorporating comedians into shows to make light of French football’s more awkward moments flopped quite aggressively. Neither Jenny Demay nor Paul de Saint Sernin ever made the viewer feel comfortable, because they never really seemed to believe that they were in control of the narratives that they were putting out, or even convinced of their own jokes.

This facet of the content aside, when it came to the business of the transfer market, Téléfoot Chaine also hit the high notes. In Saber Desfarges, they recruited a top talent from RMC with a contacts book that many in the industry would envy, leading to the channel being one step ahead of everyone else when it came to the late flurry of PSG transfer activity in October, as well as beating English media to the summer movements of Abdoulaye Doucouré. The good surprise on this side of the content was Simone Rovera, who also previously intervened on RMC, but more as an Italian football expert not known for having a convincing source base to regularly produce transfer news. Rovera however more than delivered the goods – his slightly rugged academic look transmitting the chaotic nature of the transfer market to viewers through regular appearances on the daily magazine shows in both his physical appearance and the calm delivery of the latest information on often quite truncated transfer sagas. The man has spoken Mohamed Simakan’s name on air in the last 6 months more times than he probably dares to count.

Yet the biggest praise is reserved for the captains of the ship – Pierre Nigay, Anne Laure Bonnet, Marina Lorenzo and Smail Bouabdellah all hosted major shows with class, hyper-focus, poise and a sincerity that French sport has rarely seen. Whilst rival channels continue to elevate the opinions of individuals trying to provoke reaction in their fellow colleagues and stir emotions for the sake of “entertainment value,” this quartet demanded competence from their panels, encouraged lively but structured debate that did football fans a great service and had the warmth, charisma and charm to laugh off moments where technical gremlins or a mis-placed guest or panelist contribution momentarily threw things off course. They treated guests and panelists as their equals and with respect, but still asked the tough questions – Anne Laure Bonnet’s pressing of Sporting Director Leonardo on the matter of Thomas Tuchel’s job back in September is a perfect example of this.

In the economic context that Europe finds itself in, losing your job, no matter what your profession, is a bitter pill to swallow. We salute Téléfoot’s heroes and heroines, who kept going with the utmost professionalism in the midst of the storm. Thank you – we hope to see you again soon.

Kylian Mbappé talks Neymar: “We are between 70% and 80% of our potential.”