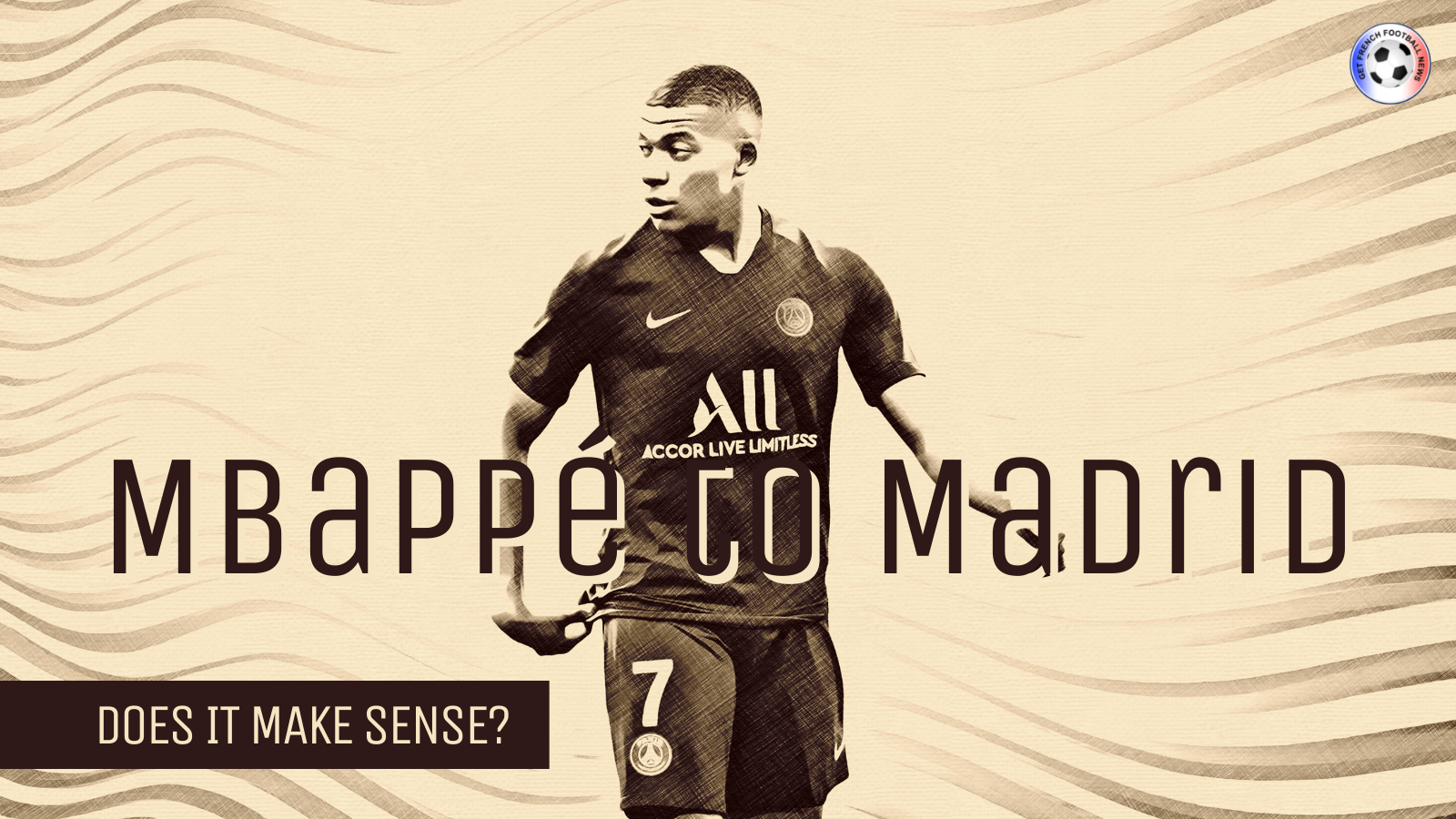 It’s no secret that Kylian Mbappé wants to play for Real Madrid. The famous picture of a young Mbappé sitting in his bedroom surrounded by photos of Cristiano Ronaldo hints that Mbappé has always had his career planned out. Start in France, develop his game and profile on the world stage before moving to Real Madrid and winning the Champions League, the Ballon D’or and all the rest of it.

“I have had a career plan since I was a youngster,” said a young Mbappé to former Monaco and France midfielder Jérôme Rothen on Rothen’s RMC radio show After Foot. “I know what I want to do, where I want to go, and I won’t let anything distract me.” Mbappé turned down Chelsea when he was just 11 as he and his family had no intention of leaving France at that stage. He even visited Madrid for what his father referred to as a “birthday treat”, meeting Zinedine Zidane and having his photo taken with Ronaldo.

Mbappé chose to start his professional career at Monaco, fully aware of the chances given to talented youngsters – the polar opposite to clubs like Chelsea who are often accused of hoarding young players and sending them out on loan before selling to make a profit. A few years down the line Real Madrid did come calling, but Mbappé wasn’t ready. It didn’t fit into his plan. Instead he joined Paris Saint-Germain and became the player he is today. Now Mbappé is at a crossroads..

Mbappé has to make a choice that he always knew would come: Stay in Paris or make his dream move to Real Madrid? But it isn’t quite as simple as that. PSG don’t want to sell Mbappé and they believe they can still convince him to sign a new contract, whilst Madrid are determined to bring him to Spain either this summer or next. But is now the right time to make that dream move? He stands a much better chance of winning the Champions League in Paris than he does in Madrid.

For PSG, the situation seems simple. After a €160m offer for a player with one year left on his contract who has so far refused to sign a new deal, the obvious course of action is to accept what comes next, unless that offer could rise further still, take the money and try to sign a left-back, Eduardo Camavinga and Paul Pogba. Meanwhile, there’s no guarantee, but with Messi and Neymar in your ranks, plus Leonardo’s good relationship with agent Mino Raiola putting Paris in a good position to sign Dortmund striker Erling Haaland next summer, there perhaps isn’t a better time to sell Mbappé than right now, at least for a price that is deemed acceptable.

For Mbappé this decision isn’t solely about the possibility of success this coming season. Being a superstar at PSG is one thing but being a superstar at Real Madrid is something completely different, at least in the eyes of Mbappé’s generation. He idolised Ronaldo and grew up watching him break record after record while winning a bagful of Champions League trophies at Madrid and, for Mbappé, the chance to emulate that success may prove irresistible.

Money doesn’t seem to be a motivator as he’ll be paid handsomely regardless, but it’s the image of being a Real Madrid superstar that attracts the 22-year-old. It seems he wants to join Madrid but is happy to stay at PSG for another season and leave on a free next summer, despite Leonardo saying this week that “Kylian promised us he would never leave on a free transfer”. For Mbappé, he knows where his next destination is. It’s just a case of when, not if. Would he care that almost all of the workload would be on him and Karim Benzema? No. If anything, he’d relish the challenge. But would he be better off staying in Paris for a season or two to allow Real to rebuild? The answer is surely “yes.”

For Real Madrid, it makes little sense to splash €160m to €200m on Kylian Mbappé this summer. Not because Mbappé isn’t worth it but because he is available on a free transfer in 2022. It would be prudent to hold out for another season, sign Mbappé for free next summer and use that €160m to rebuild your squad. Replacing Sergio Ramos and Raphaël Varane while moving on ageing stars like Toni Kroos and Luka Modrić is going to be a whole lot harder when you’ve spent a ton of money on one player, especially after you pleaded poverty during the Super League debacle. Does it make sense to sign Kylian Mbappé? Of course. But does it make sense to spend hundreds of millions on him now when you know that he will, willingly, sign a contract with you for a lot less money next season? Absolutely not.

Jorge Sampaoli reacts to Nice-Marseille incidents: “We were scared.”