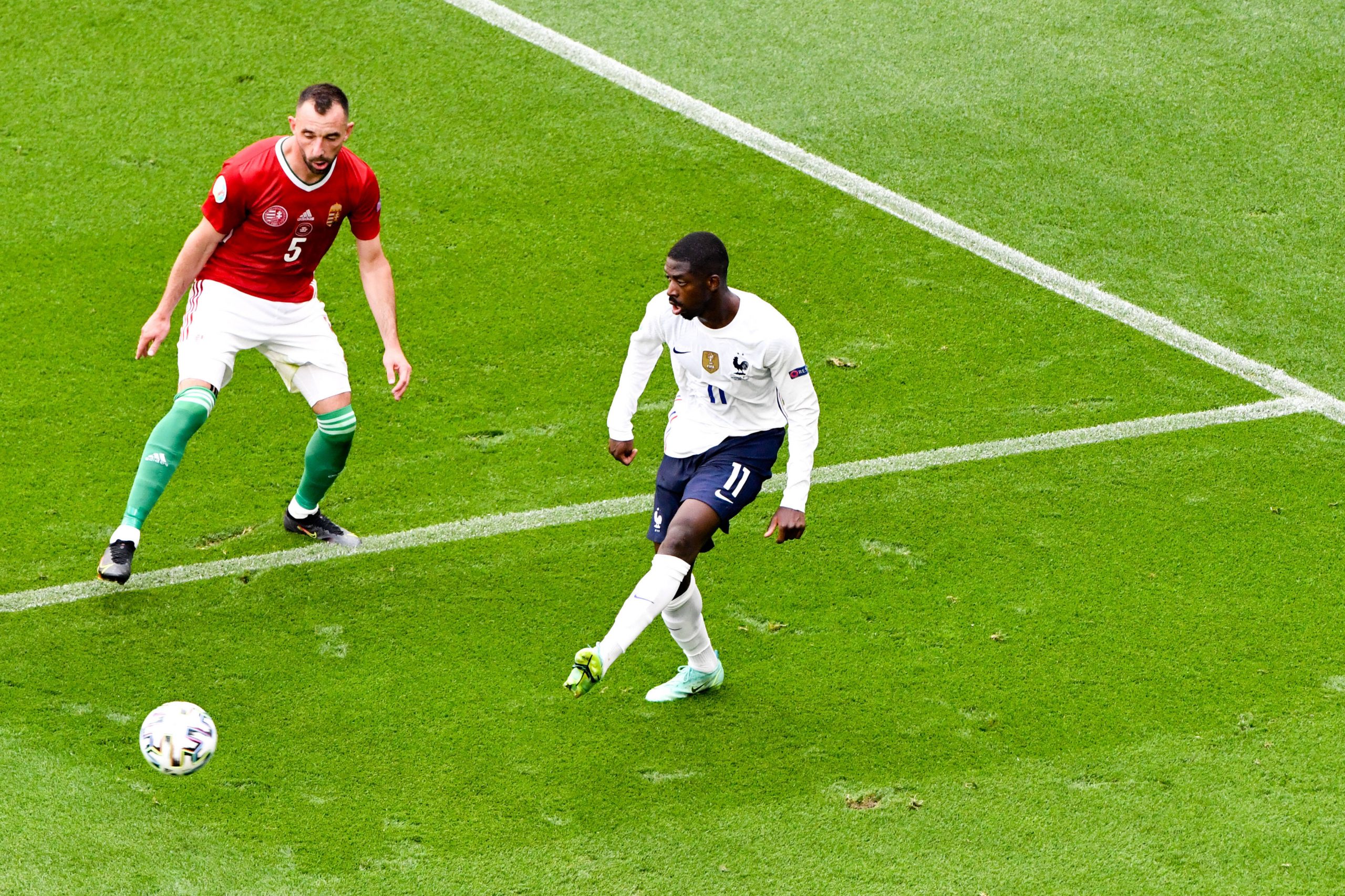 L’Équipe report that 24-year-old French international winger Ousmane Dembélé’s masterplan for the summer transfer window, with 1 year remaining on his existing contract, has fallen by the wayside following the thigh injury that he sustained at EURO 2020.

He has had to undergo surgery and will not be back to match fitness until October.

Before the Euros, there were a number of major European sides interested in offering less than Barcelona paid Dortmund for back in 2017 for the player (€105m + €40m in bonuses), but seeking to take advantage of the Catalan club’s precarious financial situation, to attempt to achieve a deal.

Now, that interest has frozen, owing to the player’s injury status, and the position of strength that Dembélé and his agent Moussa Sissoko had believed they would be in to negotiate a new contract has somewhat disappeared.

A meeting is however scheduled very soon between Dembélé’s agents and Barcelona to begin talks over a new deal. He will however be a Barcelona player in 2021/22.