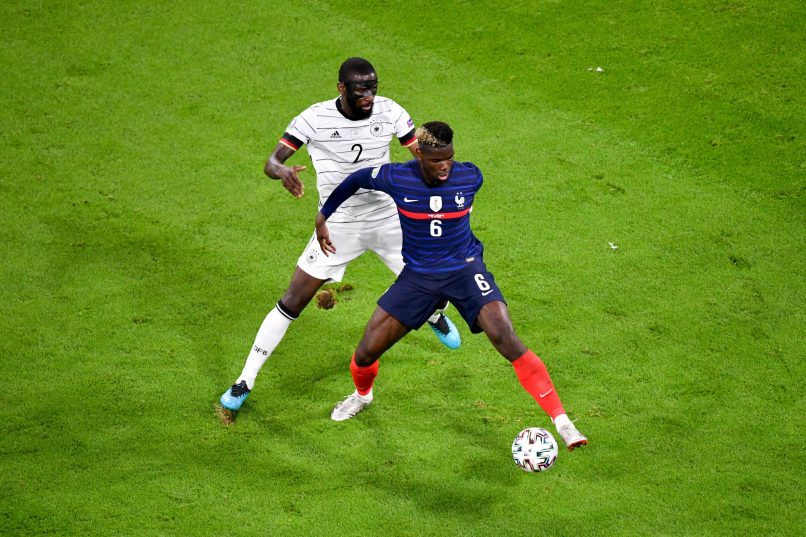 Speaking to reporters following France’s 1-0 victory over Germany, Paul Pogba discussed a sequence in which opponent Antonio Rüdiger appeared to bite him in the back.

“In terms of Toni, he is a friend of mine. Aside from that, on the pitch, there was a little coming together. You will have seen the videos I think. Now it is finished, I am not here for him to be suspended or something. Now it is in the past, I think he bit me a little. It was maybe friendly as mates. Me, in the match of course I am there to win. I felt that, I said so to the referee. Aside from that, it is up to him to take the decisions and he took a decision. Me I want for us to play football, he did not give him a red. All the better, it was a nice match for everyone, for the supporters, for us. Aside from that, I do not want him to be suspended in the future. At the end of the match we hugged and there you go.”