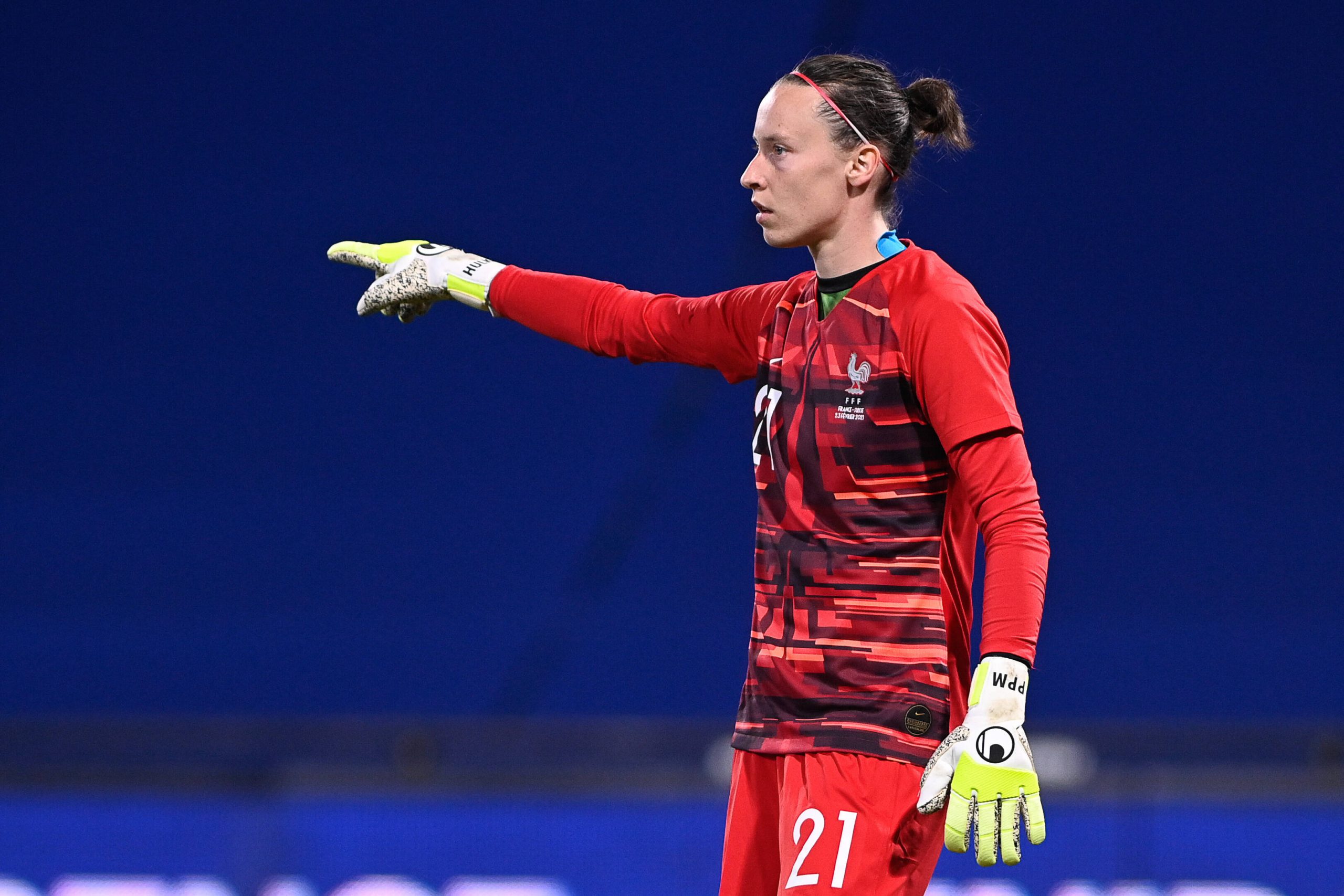 In August 2020, the Atletico Madrid goalkeeper posted a photo of herself with Camille, her girlfriend for over a year. Congratulatory messages and media requests were raining down: she became the first French international player (12 caps) to reveal her homosexuality to the general public whilst her career was still ongoing.

I just posted it like that, it was quite sudden. I did not say to myself: We are going to do this to have all the reactions that came. That was not the aim. We read the messages together. There were lots of them. Nice messages. Tough messages, too. Not negative, but hard to hear, to read. Notably a young girl from South America who was saying that it was very difficult to live with here homosexuality over there. At that moment, we said to ourselves that we were lucky, and that we have to take advantage of that. For me, it was normal to post a photo on my account. I did not see the impact that it could have.

We are in the 21st century… That I am congratulated for posting a normal photo with my girlfriend… It was sweet, but there we go, I find all that surprising. In other countries, there are lots of homosexual footballers, and that seems to go fine.

On the impact of their announcement:

For me, what we are doing here now (this interview), is crazy. I do not understand that we are speaking so much about this subject, that you have come here (to Madrid) to do this report… It is crazy to me! I can’t believe it. For me, it is normal. I wasn’t expecting anything. But I was nicely surprised about the responses. I said to myself that this is a topic that deserves to be open. I think that today, we need to move forward on this issue, truly. It is necessary.

On being an openly gay French international female footballer:

Why have to justify ourselves or hide? Let people live their lives. I am gay, but that does not characterise me. Like the colour of my skin, like a religion. This is a topic that I really care about. In France, there are maybe sometimes places or times that we avoid. In Spain, the first time we came here, we went to a very busy street. We sat in a bar, on the terrace… There were an enormous number of homosexuals, men and women… and that didn’t bother anyone. We were shocked, we said: “But where are we?”

On if she thinks her speaking out will encourage other female athletes to do the same:

I hope so. But I am not forcing anyone, I know that it can be difficult. It is truly personal, each to their own. Me, I said it, there you go. And if I was more able to say things, it is also because I think that I met the right person (her girlfriend, Camille).