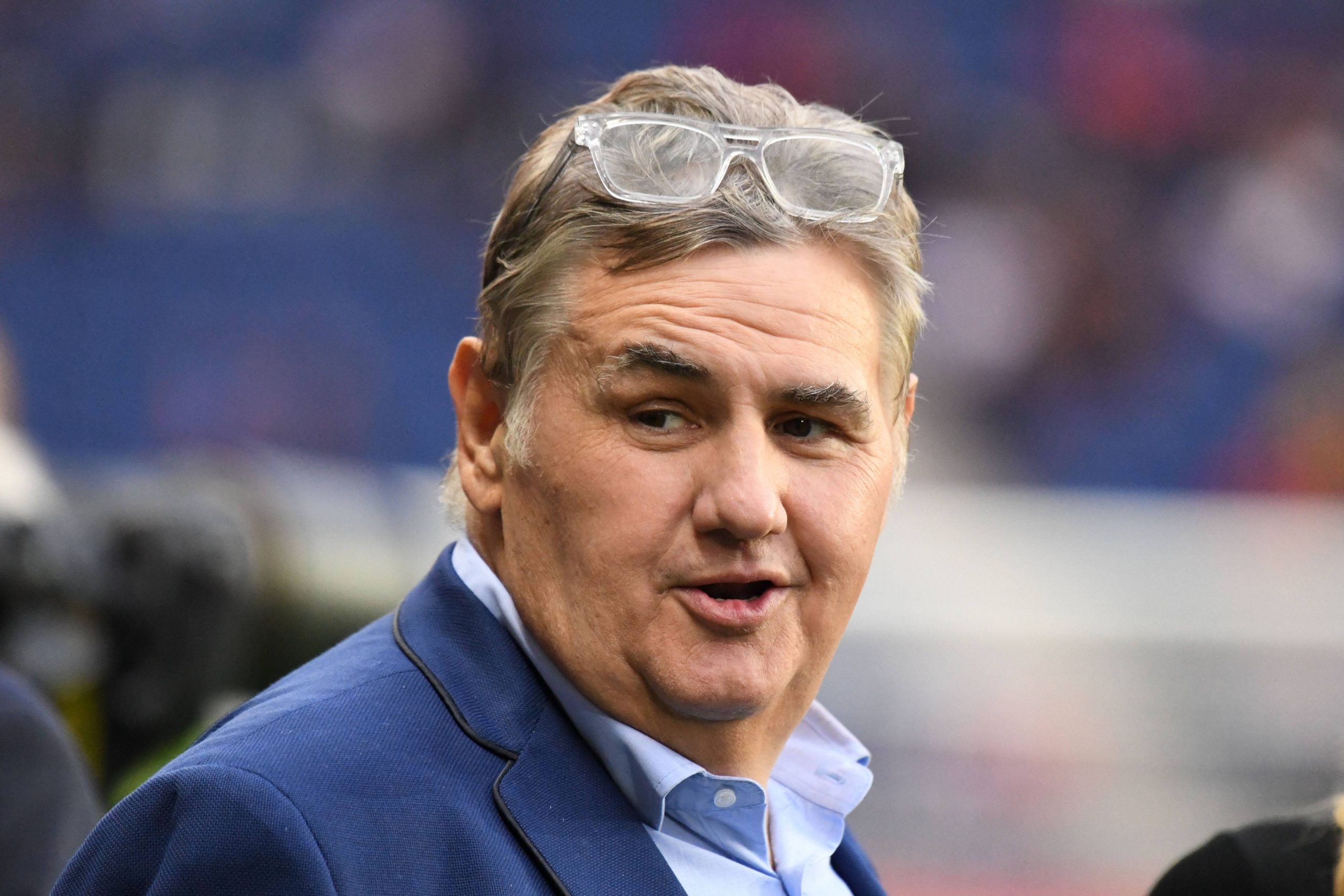 Les Jours have produced a major piece of journalism on Sunday evening that should trigger outrage and fury in the world of French football. Renowned pundit Pierre Menès, who has over 2.5 million Twitter followers, is accused of sexually assaulting colleague Marie Portolano at the end of an episode of the French equivalent of Match of the Day, Canal Football Club, in August 2016.

Menès is accused of having lifted up his colleague’s dress at the end of the episode, off air but still in front of a studio audience, before proceeding to grab her buttocks.

Portolano and Menès’ then employer, Canal Plus, is now accused of having edited out a section of a documentary that was broadcast on the station Sunday, called “Je ne suis pas un salope,” by Marie Portolano (“I am not a slut”), which covers the negative treatment that female journalists and pundits receive in the football world. In this removed section, Menès is accused of sexually assaulting two female co-workers.

The first of them is Portolano herself, and her experience of being sexually assaulted by Menès inspired her to make this documentary. It should be noted that she was wearing a thong when Menès lifted up her dress, resulting in her being completely naked in front of the studio audience. She responded at the time by hitting Menès.

This incident is clearly a sexual assault, but when she told her team at Canal Football Club that she intended to file a legal complaint against Menès, she was met with an almost unanimous chorus of people telling her not to do so. In 2016, the #MeToo movement had not yet taken off. Shortly after the incident, Menès fell very seriously ill and did not appear on the TV station for several months.

The idea of putting a case together against the pundit thus extinguished. One employee at Canal + told Les Jours that Portolano did not remain silent about the matter: “She told everyone about it and then it was hushed up. Within the channel, there were witnesses to the scene and its aftermath and many of them told them the exact same thing.”

The second sexual assault that Menès is accused of committing dates back to 2011, in the 100th episode of Canal Football Club. On set, Menès appears to wonder what he should do to celebrate and says he has an idea: to offer flowers to journalist Isabelle Moreau. He walks up to her, a bouquet in hand, hands her the flowers and, to everyone’s surprise, kisses her for a long time on her mouth. Everyone on the set laughs. Yet these images did not make the documentary, despite Portolano seeking to include them – they got pulled by Canal + higher-ups, per Les Jours. The outlet claims that in the uncut footage of the documentary, Portolano shows Moreau the incident on an iPad, resulting in the latter individual crying and explaining that this incident ruined her career.

All the sequences either mentioning or involving Pierre Menès were cut from the documentary. More extraordinary is that Les Jours understand that another bit of footage cut from the programme was Portolano showing Menès Moreau’s reaction to re-watching that scene from 2011. It is understood that he responded by losing his temper, indicating that Moreau is over-reacting and that she sums up everything that he hates in society: “if we can’t do this anymore, where are we going?” is reportedly the gist of his response. He also adds that she almost consented to the act because she puts her hand around him. He finishes his angry tirade by trying to deny that the incident even happened, despite it being available for all to watch on YouTube here.

Finally and most disappointingly, Canal + removed the section of the documentary where Marie Portolano herself confronted Menès on his sexual assault of her in 2016. His response is to first claim to not remember it, then to say that he did not understand why she felt humiliated, that he is like that. The discussion, which begins as cordial, turns when Menès, in an apparent attempt to change subject, reportedly makes a comment about Portolano’s hairstyle before commenting on the fact that she wasn’t wearing a top with cleavage because she did not want to please him, all whilst he was laughing.

Employees at Canal + who have seen the unedited version of the documentary have provided Les Jours with their reactions: “When I saw it, I said to myself: This is cataclysmic. Canal + won’t be able to keep Pierre Menès on the air.” Another added: “Oh dear, this is carnage. He commits career suicide.” A third said: “It’s a shame, the first version was even more powerful. Because having the words of men inside it was a real plus, even if it means that Canal + sacrificed one of its key guys. It’s no longer possible, we can’t condone that kind of guy anymore. There, this means that Canal + knowingly covers up for Pierre Ménès.”

Les Jours claim that Gérald-Brice Viret, Thierry Cheleman and Didier Lahaye are responsible for instructing the documentary team to delete the sequences involving all men, not just Menès. This also meant that the audience was robbed of the testimony of Thomas Villechaize, a journalist at BeIN Sports, who spoke in support of women, as well as host of Canal Football Club, Hervé Mathoux, who discusses his regret for not having stepped in during the two occasions in which Menès committed sexual assault.

Canal + declined to comment. Pierre Menès told Les Jours that he had not asked for the passages in which he was due to be included to be cut: “I have nothing to say. I am under the orders of the bosses. If my bosses have nothing to say, I have nothing to say either. Especially if it is to accuse me of bulls*** and s***. If your article is to say s*** and relay bulls*** I am not interested.”

When told that she had to take all the male voices out of her documentary, Portolano decided to push on with it anyway – better to hear the voices of the women that no voices at all. There are some very powerful voices at that.

Tiffany Henne, a former journalist at L’Équipe and RMC Sport, recounts how her male colleagues had decided she was a lesbian: “It doesn’t surprise me that you like bit**es chasing each other on the pitch,” she was told, before being cornered by a male editor in a room who forced her to say that she loves girls whilst he filmed her say it.

Like Radio France’s Amaia Cazenave, who describes a night in an office ball-pen when a male colleague, the only other individual left in the office, exclaims: “I want to *uck.” There is Lucie Bacon, now editor-in-chief at Konbini Sports, who recounts how in her first appearance on TV, she received a text from an editor who tells her that she could have worn cleavage.

Portolano no longer works at Canal +. She has moved to M6. Menès remains Canal +’s star attraction on Sunday nights.