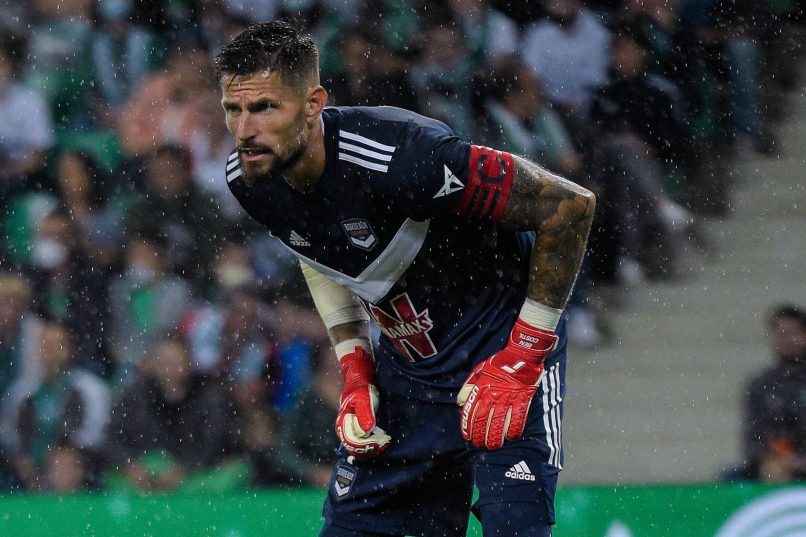 Benoît Costil, 8 – Little he could do about the goal, or his teammates’ incompetence, but repeatedly kept his team in the game with a string of key saves. Diving at Sulemana’s feet, a flying second half stop from Terrier and a reaction save with his knee from Meling at close range stood out.

Timothée Pembélé, 5 – Perhaps the only forward thinking Bordeaux player to offer any hunger or ambition.

Mexer, 7 – Might have kept closer tabs on Laborde for the goal but made two crucial interventions in the first half after mistakes from others and defended astutely enough throughout and it was his deflected shot that brought the equaliser.

Fransérgio, 3 – Little effect on the game, wasteful in possession and looks unsure as to what his role is. No intensity or impetus to his play.

Javairô Dilrosun, 3 – No real effect on the game, although he was often isolated thanks to a weak Bordeaux midfield display. The quality of his decision making is patchy at best.

Yacine Adli, 2 – A tired and wayward performance. Repeatedly lost possession via some sloppy passes in defensive areas, which could have easily resulted in a bizarre hat-trick of mistakes, and saw his passes repeatedly picked off in forwards areas, halting attacks.

Hwang Ui-Jo – 5 – Isolated for long spells but it was his astute reverse ball that set up the late leveller.

Hamari Traoré, 5 – Typically erratic. It was his run and square ball that assisted Laborde’s opener but wasted a pair of good opening early on. Very little defending to do.

Warmed Omari, 4 – A little shaky at times as a young and inexperienced defender and he probably should have prevented the equaliser, his slow attempt at a block deflecting the ball past Gomis.

Birger Meling, 5 – A positive attacking outlet on the left but was lucky to get away a mistake in the second half which could have easily resulted in a goal.

Kamaldeen Sulemana, 6 – Typically frustrating but overall had a positive impact on the game. His composure and final pass let him down, wasting two big chances in the first half, but his skill and pace against defenders in wide areas caused havoc on occasion.

Martin Terrier, 7 – An illusive display, often intelligently dropping off Laborde, with whom a good understanding is developing, and was Rennes’ key creative influence. Some inspired goalkeeping prevented him from scoring.

Gaëtan Laborde, 6 – Stole in to deflect the ball home for the winner and was a threatening focal point throughout although he isn’t playing with the decisiveness of his Montpellier performances as yet.