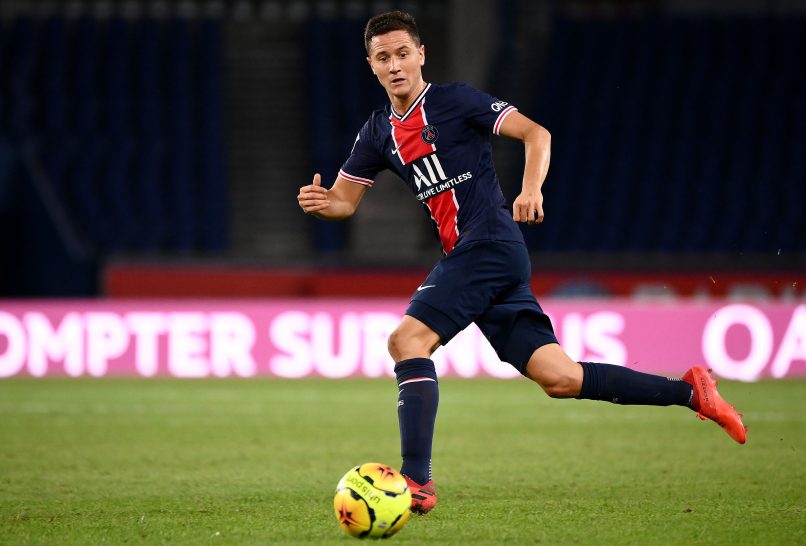 Keylor Navas, 6 – There was little he could do about the deflected equaliser and made two good first half saves.

Achraf Hakimi, 4 – Got forward well in the first half but failed to provide tangible end product before the Brugge leveller originated down his flank via in the inevitable space left in behind the Moroccan as he charged forward.

Presnel Kimpembe, 6 – Tried to match Brugge’s physicality, defended tirelessly – if not always effectively – and made one crucial interception to prevent what would have been a certain goal early in the second half.

Leandro Paredes, 4 – Picked off in possession too easily at times, one such loss of the ball could have resulted in a goal had he not brought down his man. Subbed at half time on a yellow card.

Georginio Wijnaldum, 3 – Again lacklustre and ineffective, seems to be bordering on unfit. No real effect on the game and failed to match the intensity of the Brugge midfield, or Herrera alongside him. Hooked at half time.

Ander Herrera, 6 – Not far from 7 but faded after half time following an impressive first period in which he swept home the opener for his fourth goal in four games and used the ball neatly in midfield throughout.

Lionel Messi, 5 – Grew into the game to some extent and there were a handful of flashes of his genius such as a curling shot off the bar and a reverse ball to put Mbappé through but too many of his progressive passes were cut out or misplaced, especially in the first hour.

Neymar, 4 – Provided one or two neat touches in deeper positions but when he tried to create or progress play in more dangerous areas he was swamped out by Brugge defenders, ran down a blind alley and lost the ball or his passes were picked off. Improved marginally in the final quarter of the game but still looks a way off peak sharpness.

Kylian Mbappé, 6 – Generally marshalled well by Brugge and was largely starved of service before his withdrawal due to injury after 50 minutes. His shimmy and cut back for Herrera’s opener was superb but he should have done better when played in by Messi in the first half.