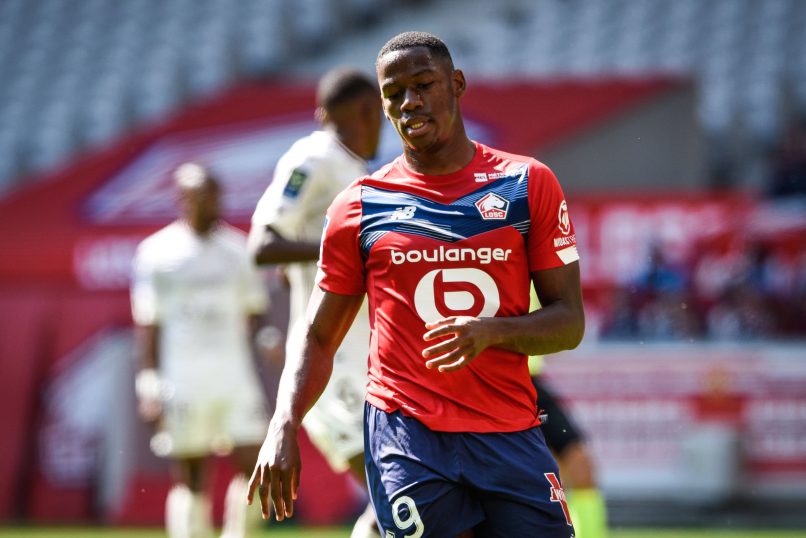 Ivo Grbić, 4 – Not much to do overall but was lucky to get away with two errors, one a poor pass out to Guendouzi who fired over and another in flapping at Ünder’s cross for Milik who beat the keeper to the ball and might have scored.

Benjamin André, 7 – Classic understated excellence from the Lille midfielder. Routinely swept up in front of his back four, used possession astutely and initiated the attack which led to David’s strike for 1-0.

Jonathan Ikoné, 5 – Typically frustrating display. He added some incisive passing around the area at times but should’ve scored twice, firstly when put through in the first half, scuffing his shot, and then when he hit the bar from ten yards out after Weah’s cut back. Also hit the post in the second half.

Jonathan Bamba, 6 – Quietly useful here despite not offering much of a goal threat with some clever use of the ball around the box, unlucky not to get at least one assist.

Jonathan David, 7 – Made the most of Saliba’s missed attempted clearance to stab home the first and his movement around Yilmaz as a support striker was often superb but he did manage to side-foot wide at the neat post when it seemed easier to make it 2-0 before nipping to actually double the lead late on. The Canadian is starting to develop into the player thought they had signed last summer.

Burak Yılmaz, 5 – A bizarre performance. The Turkish international was at the centre of everything Lille produced in an attacking sense and he worked tirelessly but wasted a number of openings both on goal and in wide areas and was repeatedly caught offside.

William Saliba, 4 – Badly at fault for David’s goal, missing his attempted clearance before being out-muscled by the Canadian who poked home. He did make up for it to some extent with a superb sliding tackle on Yilmaz as last man and a far more assured second half display.

Luan Peres, 6 – Solid individually throughout, useful going forward at times and provided a key block on a Gudmundsson shot early in the second half.

Mattéo Guendouzi, 4 – Captain for the day, he was unable to really impact the game and was outplayed by André in midfield. He worked hard but his passing was too easily picked off and wasted a major counter attacking chance in the first half, blazing over after Grbić’s poor out ball.

Gerson, 2 – Zero effect on the game and was subbed on the hour. He was fortunate not to see his first half mistake in possession punished with a goal from Yilmaz and woefully wasted a major second half chance having been put through by Rongier.

Valentin Rongier, 6 – Again played as if he had something to prove and used the ball neatly throughout in some advanced midfield areas. Should have had an assist, cleverly playing in Gerson who wasted a major chance.

Cengiz Ünder, 3 – Lacked meaningful impact in an attacking sense and was sent off for a second yellow.

Bamba Dieng, 4 – Worked hard in attack and his movement was again illusive but, with minimal service, struggled to have an impact on the game at large.