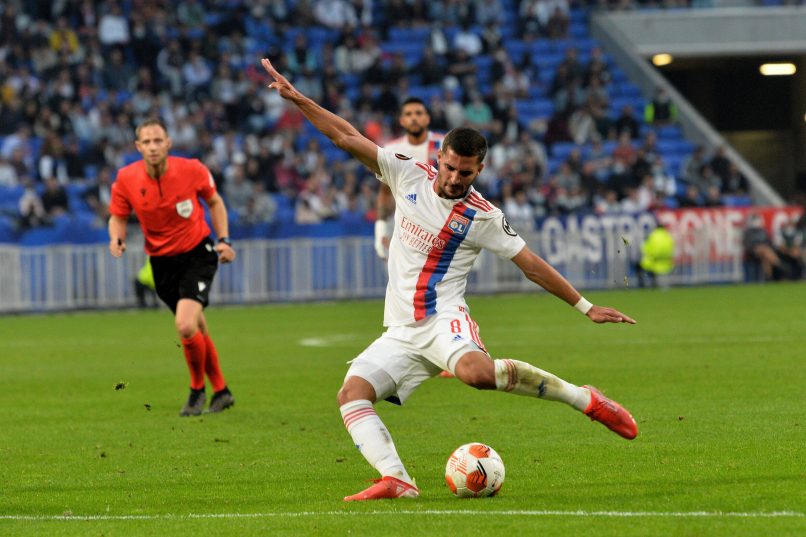 Thiago Mendes, 7 – Looked hungry to impress having been out of favour recently and his passing was equally reliably metronomic and cleverly incisive throughout. Dominated midfield.

Xherdan Shaqiri, 3 – Another erratic performance after joining from Liverpool. Despite finding some useful space around the area it was often wasted with some wayward finishing and lazy passing and he nearly cost his team a goal at 0-0 after a woeful back pass.

Houssem Aouar, 8 – One of his best performances for some time. Produced some neat, incisive interplay with his fellow forwards while maintaining a real threat on goal. It was his diving header that sealed the points after he hit the post twice from the edge of the area. He might have had another after a delightful shimmy fooled a defender and created space inside the area.

Karl Toko-Ekambi, 8 – Thrived in a less restricted role, as he was able to drift out wide, into channels and move into central areas, which made his movement difficult to cover, and he twice appeared at the back post for a close range double. He was OL’s creative hub besides and his run and cross set up Aouar’s third.

Lucas Paquetá, 7 – Unusually deployed as a withdrawn lone striker and, despite not taking some presentable chances, he protected the ball effectively and brought others into play throughout. It was his clever guided header that assisted Toko-Ekambi for the crucial opener.