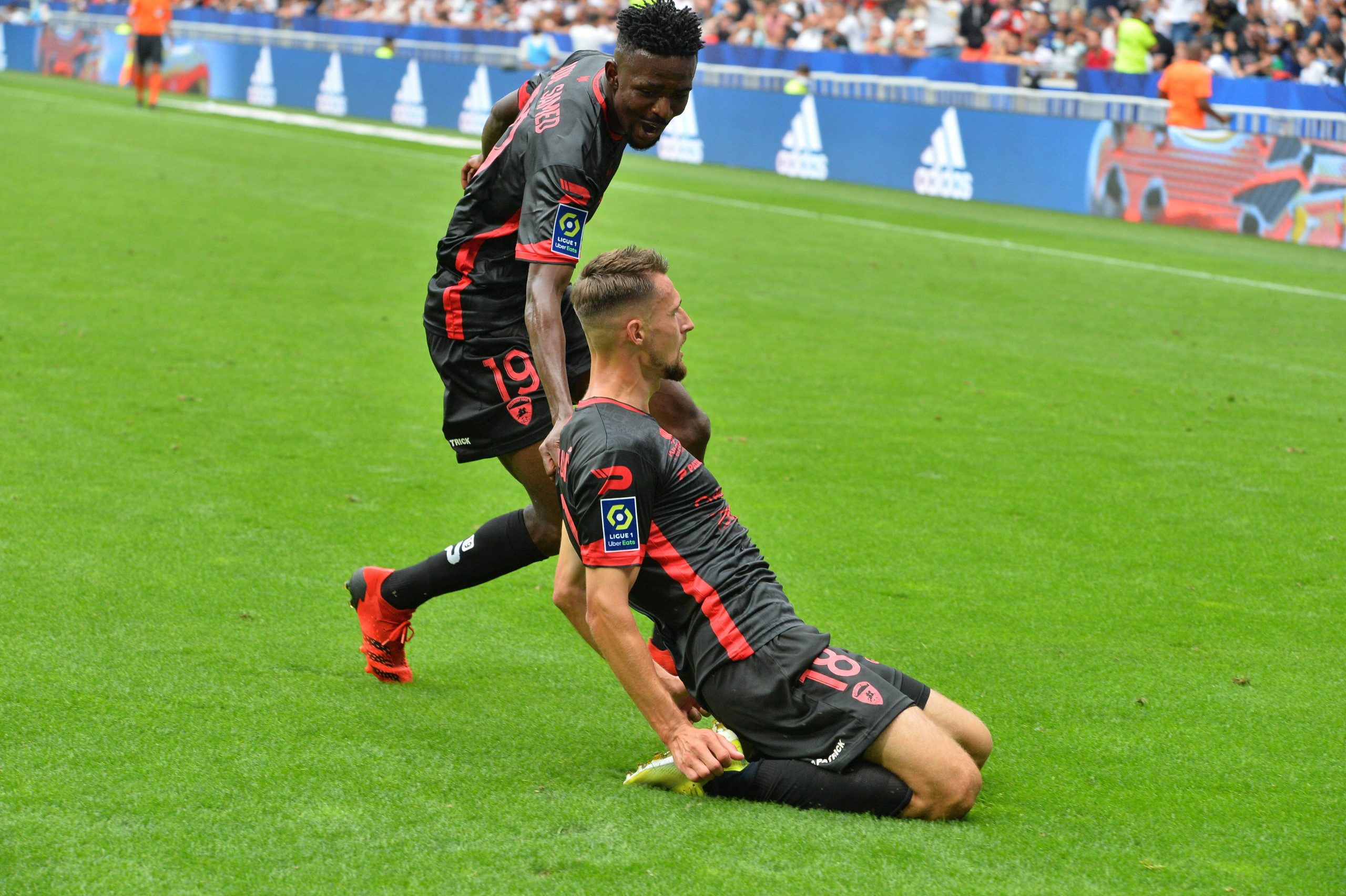 Anthony Lopes, 6 – One of Lopes’ more solid displays handling wise and he made a superb fingertip save from Berthomier’s miss-hit first half cross which was looping into the far corner and a brave second half stop from Dossou.

Léo Dubois, 6 – A typically committed display from the captain, combining well down his flank while going forward and had no trouble from Allevinah.

Sinaly Diomandé, 3 – Party to some scrambled defending from OL, especially before half time, and headed an own goal for 1-1.

Houssem Aouar, 6 – Occasionally a little loose in possession, he was fortunate one such first half giveaway didn’t lead to a goal, but again he underlined his quality on the ball in and around the box. A deft one-two assisted Paqueta’s third just before half time.

Lucas Paquetá, 7 – Back to something approaching his best after being hauled off at half time last week, contributing Lyon’s third just before the break via a pair of one-twos with Bruno and Aouar as well as some lovely touches around the box throughout.

Moussa Dembélé, 7 – Won and stroked home the penalty for 1-0 and reacted much quicker than a group of Clermont defenders to tap home for 2-1 following Desmas’ spilled stop. A wild second half shot should have resulted in a hat-trick but he looks to have Bosz’s faith and he is a guaranteed source of goals if given time and chances.

Arthur Desmas, 5 – Spilled a first half shot into a central area, allowing Dembélé to poach a second. Did make an excellent double save late on, however, to keep his side in it.

Cédric Hountondji, 6 – Produced a couple of key interventions and pressured Diomandé into heading the own goal and eventually got to grips with Dembélé in the second half.

Johan Gastien, 4 – A lazy dangled leg gave away a needless early penalty and lost possession too easily and too often early on. Looked overawed by the occasion in the first half but improved in the second half, with some neat use of the ball before his injury time corner set up the equaliser.

Jason Berthomier, 6 – Provided a string of threatening corners and deliveries, one of which forced Diomandé’s own goal for 1-1, and cleverly used the ball throughout. Not far off 7.

Jodel Dossou, 6 – Clermont’s main threat with some direct and skilful play, especially in the first half, and came closest to creating something after the break with Lopes making one very good stop as he nipped between defenders to poke towards goal.

Mohamed Bayo, 4 – A little isolated at times although perhaps was unfortunate not to receive better service due to some hesitant decision making from his teammates on the counter, especially in the first half, but blazed over from close range to squander his one major opening at 2-1.

Others: Elbasan Rashani, 9 – The sub dinked home to put OL under pressure for 3-2 and produced a superb injury time header for the leveller. Not bad for 20 minutes work.