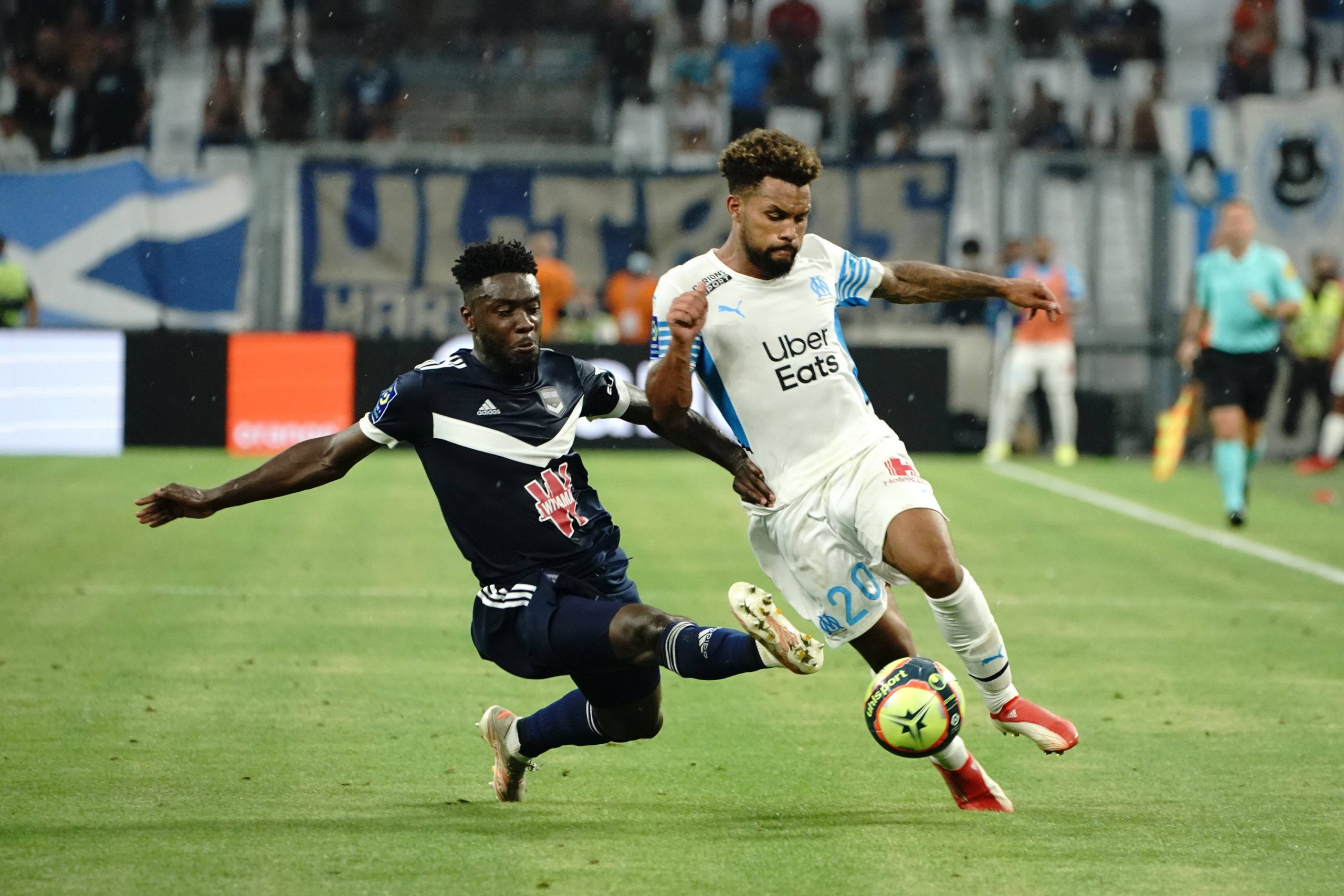 Steve Mandanda, 4 – It’s difficult to wholly blame him for either goal but he was caught a little flat footed for both strikes, especially Oudin’s, who was a long way from finding the corner with Bordeaux’s leveller.

Luan Peres, 4 – His play was again characterised by an air of rashness and uncertainty and did little to stop Pembélé as he fired home Bordeaux’s first in off the centre-back’s knee.

Leonardo Balerdi, 5 – Seems to be enjoying playing as the middle centre-back in a three, covered neatly and used the ball well when striding out from the back. Sent off late on for an over the ball challenge on Mara, however.

Gerson, 5 – Notable improvement on last week and did well to cut back Konrad’s slightly overhit pass to set up Ünder for 1-0 but again looked a little off the pace overall.

Konrad de la Fuente, 7 – Routinely unbalanced Bordeaux with his direct style and pace, again helped create a goal for Ünder for the second week running and always had the beating of Kwateng and Mexer in particular.

Cengiz Ünder, 6 – Ghosted in at the back post in similar fashion to last week to score OM’s second and fleetingly showed his ability to beat defenders in tight spaces but was outshone by Konrad.

Dimitri Payet, 6 – Produced and superb run and finish for 2-0 but was a little on the fringes otherwise.

Ricardo Mangas, 6 – An understated but solid debut with some positive, physical defending on the left of a three man back line.

Toma Bašić, 6 – Quiet before half time but was much improved in the second half with some more positive passing and his excellent flighted corner picked out Oudin for 2-2.

Rémi Oudin, 6 – Came on for Kalu early on after his distressing collapse and swept home a controlled volleyed effort for 2-2. Made a potentially draw saving challenge on Benedetto late on too.