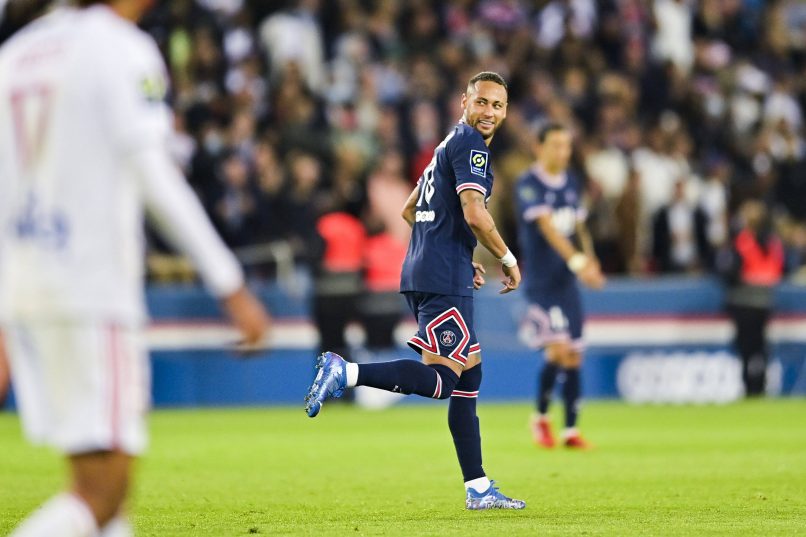 Alexandre Oukidja, 6 – A little madcap at times but made one superb backtracking stop late on after Mbappé nearly accidentally lobbed him from 40 yards as he returned the ball after an injury.

Dylan Bronn, 5 – No real worries from Icardi or Mbappé for more than an hour and remained resolute defensively in a back-against-the-wall final third but was sent off for second yellow having kicked the ball away in injury time. It likely cost his team the game.

Boubacar Kouyate, 8 – Defended stoutly and alertly throughout as a defensive leader for Metz and it was his powerful header that equalised in the first half.

Pape Yade, 6 – Still a little raw despite his obvious talent, provided a good outlet on his flank and supported counter attacks ably.

Lamine Gueye, 7 – Withdrawn oddly early in the second half having been Metz’s main threat and source of creativity until that point, regularly finding Niane on the counter. It was his fizzing corner that assisted Kouyate’s leveller. Probably should have put Metz ahead just before half time when clean through on goal, however.

Ibrahima Niane, 6 – His pace was useful on the counter while some clever movement made him a handful but he wasted a handful of presentable openings due to some wayward finishing.

Keylor Navas, 6 – Got a hand to the goal but can’t really be blamed and made a crucial save from Gueye just before half time which would have put Metz 2-1 up.

Achraf Hakimi, 7 – Followed up well to, just about, sneak home the first half opener but was largely quiet besides and relatively well handled by an improved Udol before scooping over another good chance at goal in the second half. However, it was his rasping left-footed drive that won the game late on.

Presnel Kimpembe, 6 – Defended hard in the first half especially with handful of timely interventions, far more decisive and proactive than some recent displays

Georginio Wijnaldum, 3 – Anonymous again, seems unsure as to the role he’s been asked to play and still lacks any sort of intensity to his game.

Kylian Mbappé, 4 – Linked up well with Neymar at times but was wasteful in front of goal and remained largely on the fringes of the game.

Mauro Icardi, 4 – Involved in the opening goal early on and also produced some neat interplay in tandem with Neymar and Mbappé but provided little goal threat beyond the first quarter of an hour.

Neymar, 8 – Although he added the odd unneeded extra flourish in the first half as a complacent PSG assumed they’d won the game after Hakimi’s opener, Neymar dominated proceedings overall. His sumptuous weight of pass, terrorising of defenders with some typically sharp change of pace and direction and supreme vision was the difference throughout. It was his clever ball that found Hakimi which won the game late on.