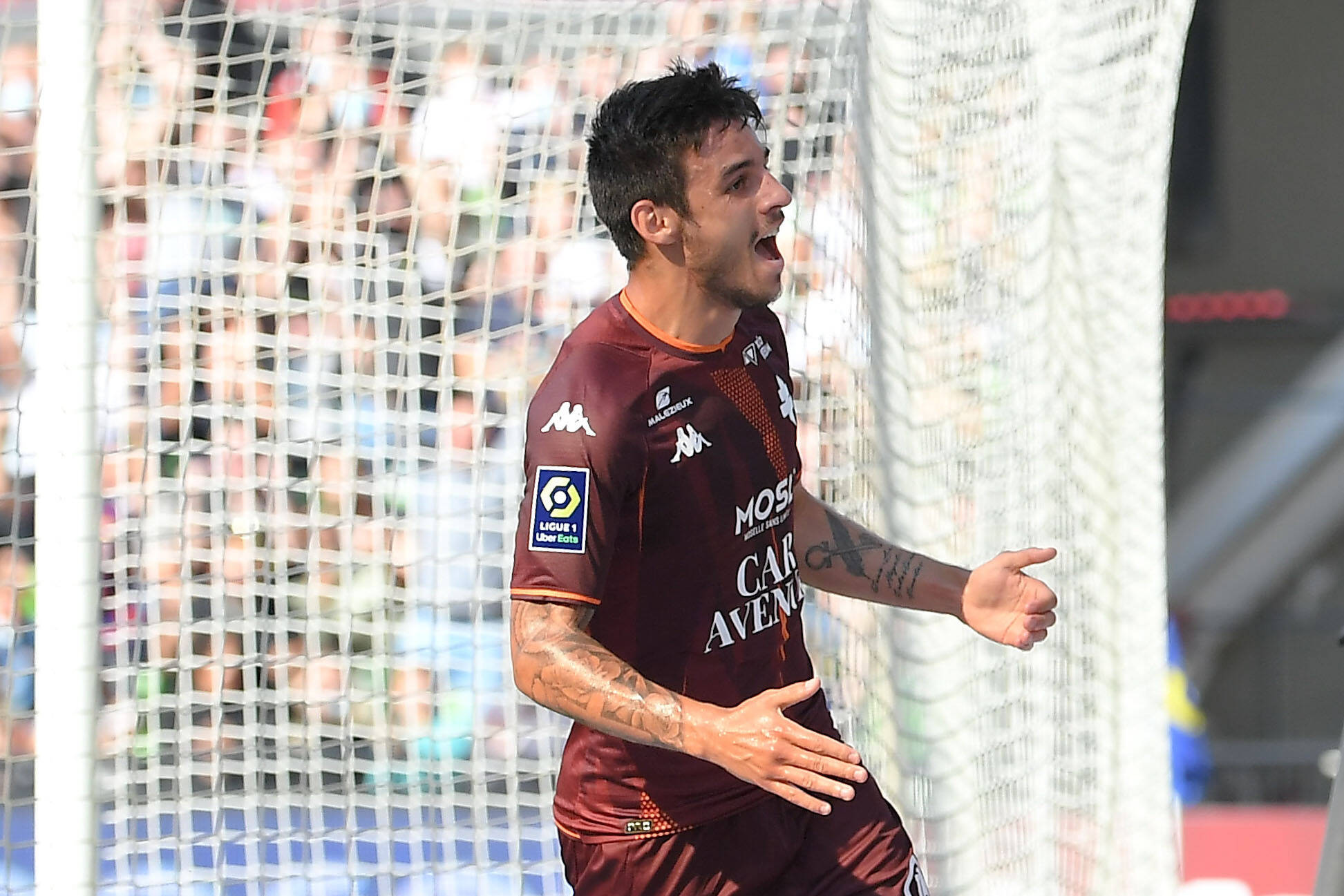 Adam White takes a look at Lille’s start to the defence of their title away at an impressive Metz side.

Alexandre Oukidja, 3 – Made one flying save in injury time but was more than a little flappy. One such instance might have resulted in a goal for André, who was given offside, and an errant leg deflected Yilmaz’s 97th minute cross into the net for 3-3.

Fabien Centonze, 8 – An outlet and a threat throughout. Arrived at the back post to head home for 1-1 and his bulldozing run forced his (rather lucky) second from nothing, defended well too with both 11 and 10 men.

Boubakar Kouyaté, 3 – Solid enough defensively but was dismissed for a two-footed lunge on Yilmaz that was always going to result in a red in the VAR age.

Matthieu Udol, 7 – Took his goal neatly and defended with intensity and verve in a slightly unfamiliar position as one of a three-man defence and used the ball well too at times.

Thomas Delaine, 6 – Much like Centonze on the other flank he was a willing runner and aided his team’s progression of play before the red card as well as producing an arrowed cross for 1-1.

Pape Matar Sarr, 5 – One or two flashes but struggled to impact the game consistently.

Ibrahima Niane, 6 – Having gone down far too easily after contact with Botman allowing the Dutch defender to head home unopposed, he was heavily involved in the second and third goals and was a handful throughout the first half.

Sven Botman, 5 – Up and down. Nipped in to head home the opener and hit the bar with another header but was lumbering when covering Centonze for the second, his desperate tackle deflecting in off the Metz man for 2-1.

Yusuf Yazıcı, 5 – Provided a lovely corner for 1-0 but little else in an odd central midfield role.

Renato Sanches, 7 – Started on the right and was positive throughout in an often lethargic Lille display besides but became a real driving force when he moved centrally in the second half and provided much of the impetus for the comeback.

Jonathan Bamba, 3 – The worst version of Bamba – unsure, erratic and a little clumsy. Looked oddly tired towards the end and squandered some good openings, including stumbling over when through on goal.

Burak Yilmaz, 6 – Quiet by his standards overall but produced another clutch moment in the 97th minute, nutmegging Fofana and beating Bronn before his cross deflected in off Oukidja to rescue a point.