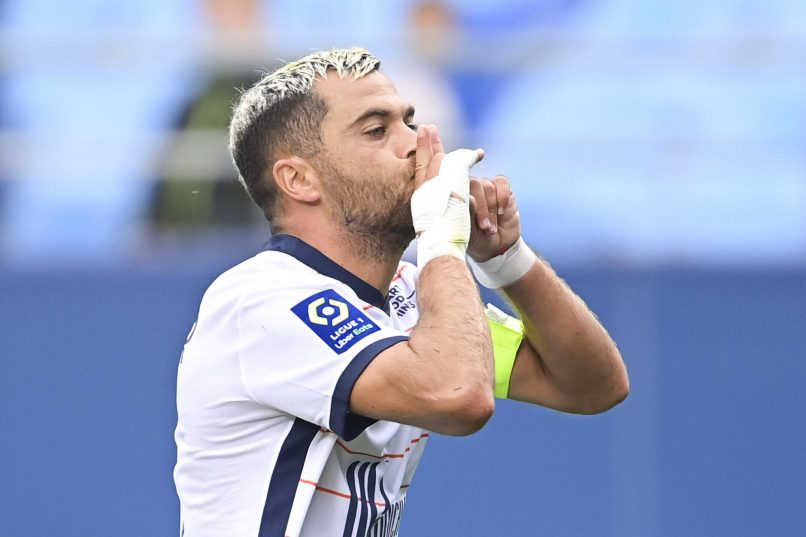 Téji Savanier, 8 – He seems to have taken the Laborde and Delort departures personally and, as captain, is dictating and orchestrating again, having been a little reserved at times in recent months. It was his free kick that assisted Germain’s second and his long ball that created the first. His fizzing, lofted and one-touch passes were glorious, as was his skilful interplay in tight midfield spaces.

Stephy Mavididi, 6 – The Englishman is really blossoming after being given extra responsibility and was dangerous cutting in from the left here having assisted Germain’s opener.

Florent Mollet, 6 – Slammed home what might have been the winner for 3-2 and was always a threat on the right with his crossing, passing and willingness to bring others into play.

Valère Germain, 8 – Out of the picture at Marseille in recent times and is the type of striker than needs to play with others but he is a reliable sources of goal in Ligue 1. It was his one-two with Mavididi that opened the scoring and his flicked near post header (Germain’s surprisingly good in the air despite his size) that made it 2-2. His movement and interplay were difficult to handle at times.

Benoît Costil, 5 – Not at fault for the goals and made one key save to prevent Germain’s hat-trick with his ankle.

Stian Gregersen, 4 – He completely lost Germain for his first and was often stretched by Montpellier’s front four.

Timothée Pembélé, 7 – Starting to make good on the promise show at PSG in fleeting outings for Paris and was a powerful presence at both ends of the pitch here, often progressing play from wing back.

Jean Onana, 7 – Superb in the first half before he was withdrawn at the break due to injury, often creating space and openings for others with some powerful running, his ability to pinch the ball in midfield and neat use of possession. His thunderbolt for 2-1, in off the bar from the edge of the area, is already one of the goals of the season.

Yacine Adli, 5 – Showed a number of flashes of his class but was a little sloppy at times too. A weak early shot with Omlin at his mercy was especially frustrating.

Hwang Ui-jo, 7 – An absolute screamer equalised and he was a waspish nuisance throughout.