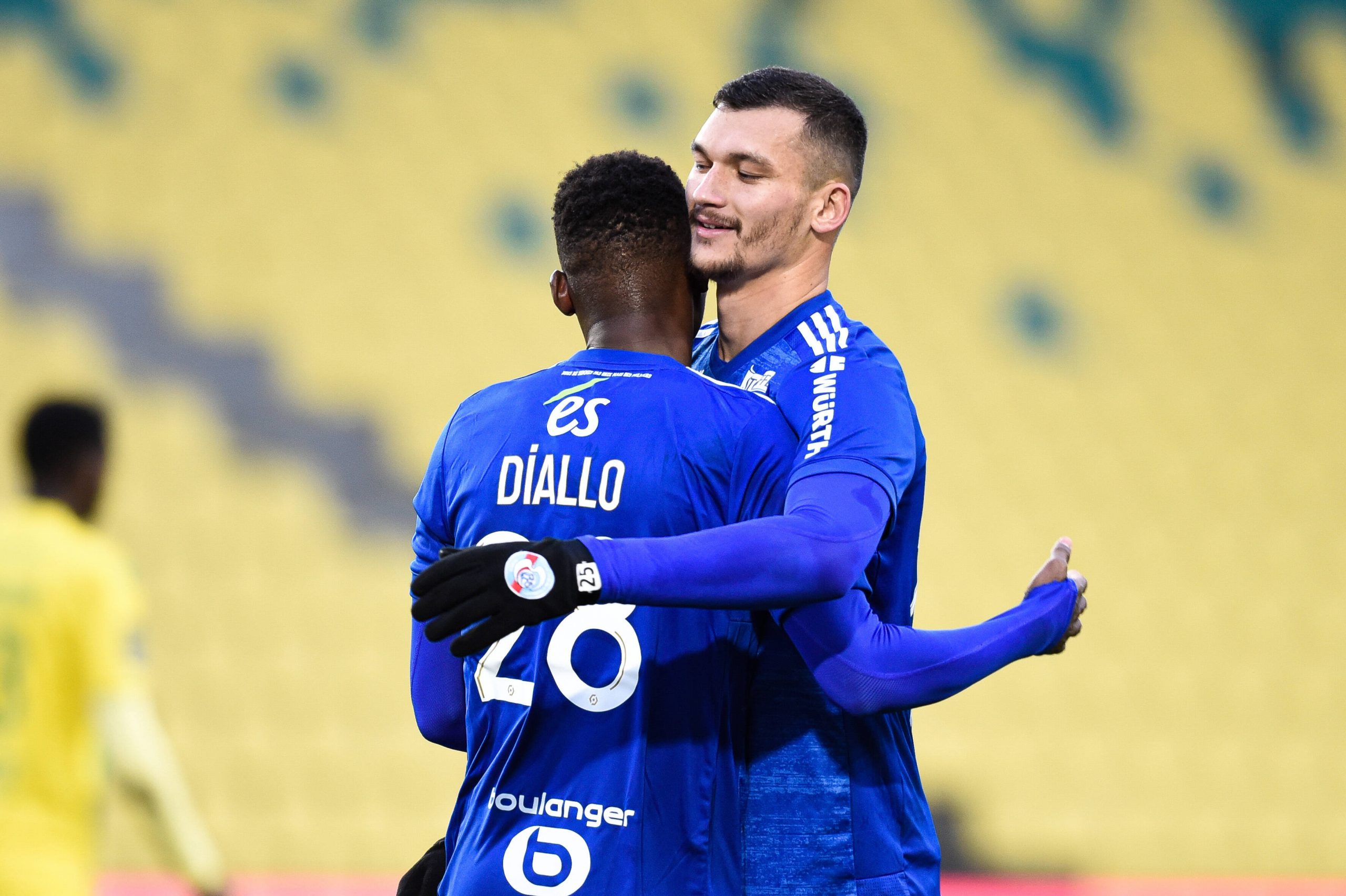 Walter Benítez, 5 – Made one excellent save from Sissoko in the first half and was perhaps Nice’s most effective player overall despite the score line.

Jean-Clair Todibo, 4 – Fortunate to get away with an ill-advised challenge to concede the penalty which was overturned by VAR and was unable to hold a young back line together in the first half with Strasbourg easily on top.

Flavius Daniliuc, 2 – Couldn’t handle Ajorque’s physicality at all and was hauled off at half time, he was lucky not to be embarrassed as Ajorque robbed him of possession and put Diallo in just before the break.

Andy Delort, 3 – Quiet for long spells and could only produce an awful weak finish in the first half when completely free and one-on-one with Sels.

Ibrahima Sissoko, 7 – Subbed early after a booking but was Strasbourg’s driving force in a dominant first half. Although he should score when halted by Benitez one-on-one, he provided a deftly weighted first time through ball for Ajorque’s opener.

Adrien Thomasson, 7 – Supported the front two with a silky yet intense display and rounded off a superb win with a lovely dink over Benitez for 3-0.

Ludovic Ajorque, 7 – It was his flicked header that created a major first half chance for Sissoko before he produced a clinical finish for the opener. It was he who outmuscled Daniliuc and threaded in Diallo to win the penalty which was eventually overturned by VAR. Nice couldn’t handle him for long periods.

Habib Diallo, 6 – A little on the fringes at times despite a bold first half display from his side and should score before the break but scooped over from close range. However, he produced a cute flicked finish for the second and played in Thomasson to secure the points for the visitors late on.

Bordeaux owner Gérard Lopez: ‘No one is performing at their best, not the players, the coach nor me.’