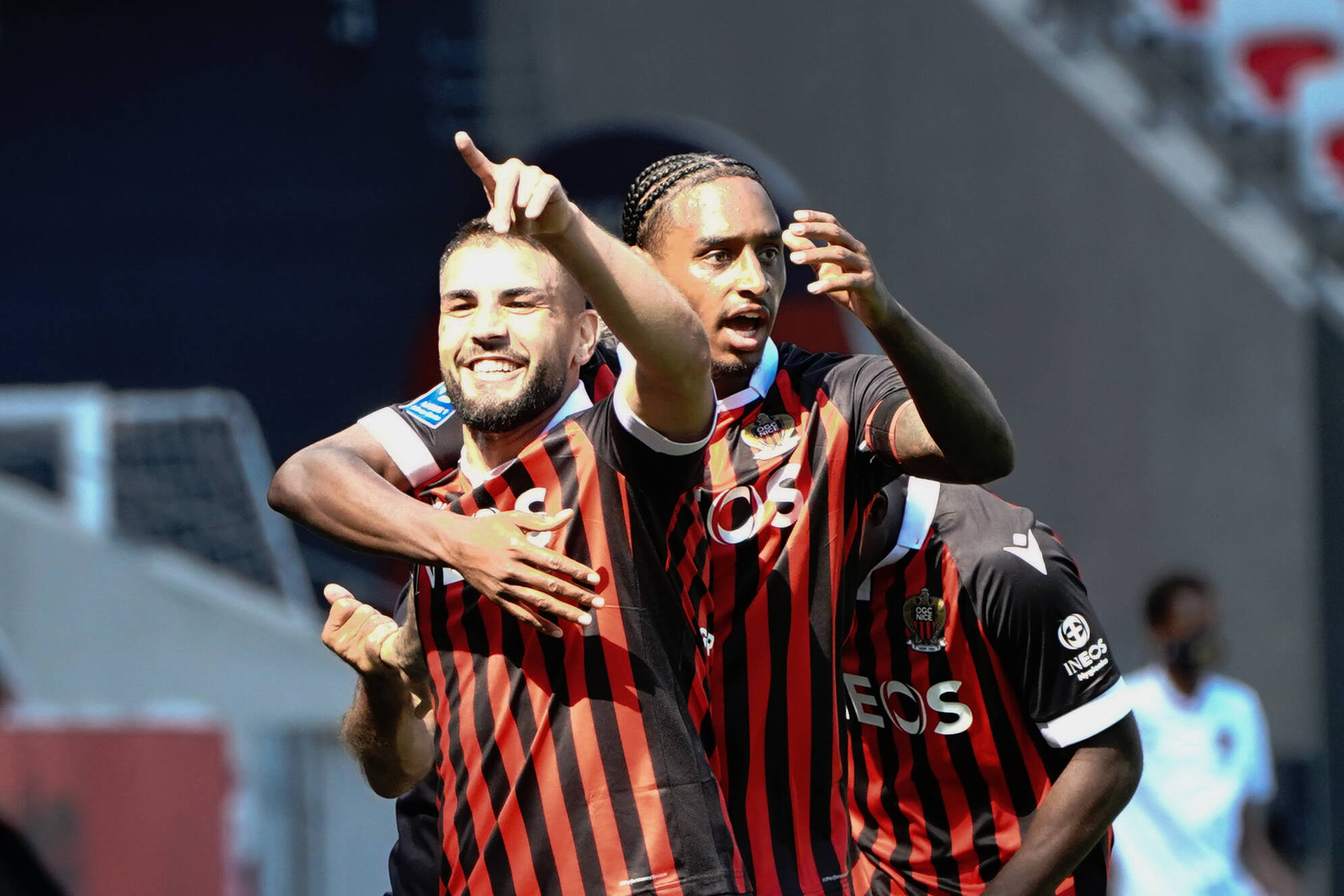 Walter Benítez, 7 – Not much he could do about the goals but made two important interventions, one a flying hand to halt a Ben Yedder headed cross which may have been sneaking in and another to prevent Boadu from scoring when one-on-one at 2-2.

Melvin Bard, 4 – Lost Gelson for the first goal and lacked some of the composure of previous displays this season but did contribute a timely block on a goal bound Ben Yedder shot early on.

Hicham Boudaoui, 6 – A little on the fringes of a much improved second half display from Nice and the attacking interplay orchestrated by the front two but ghosted in at the back post to tap home for 2-1.

Calvin Stengs, 3 – No real impact on proceedings and wasted some presentable openings before clumsily giving away the penalty. Looks a little meek, and even overawed, having moved clubs this summer.

Andy Delort, 8 – Brilliant having replaced Dolberg after 15 minutes due to injury. As part of some incisive interplay with Gouiri throughout he evaded Badiashile to head home a leveller just after half time before his low cross set up Boudaoui for 2-1.

Amine Gouiri, 7 – Despite woefully firing over a late penalty which would likely have won the game, he was a constant threat and involved in both Nice goals while being the only interested party in a drab first half. His looped cross assisted Delort for the first and it was his driving run and exchange of passes with Delort that produced the second.

Alexander Nübel, 6 – Not to blame for either goal and produced one superb save from a Rosario’s close range header, diving back across goal to make a lightening reflex stop.

Benoît Badiashile, 3 – Struggled with the movement and interplay of Delort and Gouiri, losing Delort for Nice’s first. Although he was unfortunate to give away the penalty after a VAR review for handball, Gouiri eventually missing from the spot.

Youssouf Fofana, 3 – Not the same player as last season so far this campaign. Before he played with drive and focus while being unerringly consistent, this season he’s been erratic and this was more of the latter. One hesitant, but oddly unchallenged, dribble on the counter, resulting in a sloppy pass, summed up his display.

Aleksandr Golovin, 6 – Teamed up neatly with Ben Yedder and Gelson before half time and arrived at the back post to tap home the opener.

Gelson Martins, 6 – One of few bright spots in a dull first half. One of a handful of useful runs and resulting square ball set up the opener for Golovin having been played in by Ben Yedder. Withdrawn after an hour.

Wissam Ben Yedder, 6 – Faded after half time but led the charge in the first half with Monaco on top. His through ball invited Gelson to assist Golovin’s opener and might have scored himself only for Bard to make a timely block. Tucked home the penalty for 2-2.