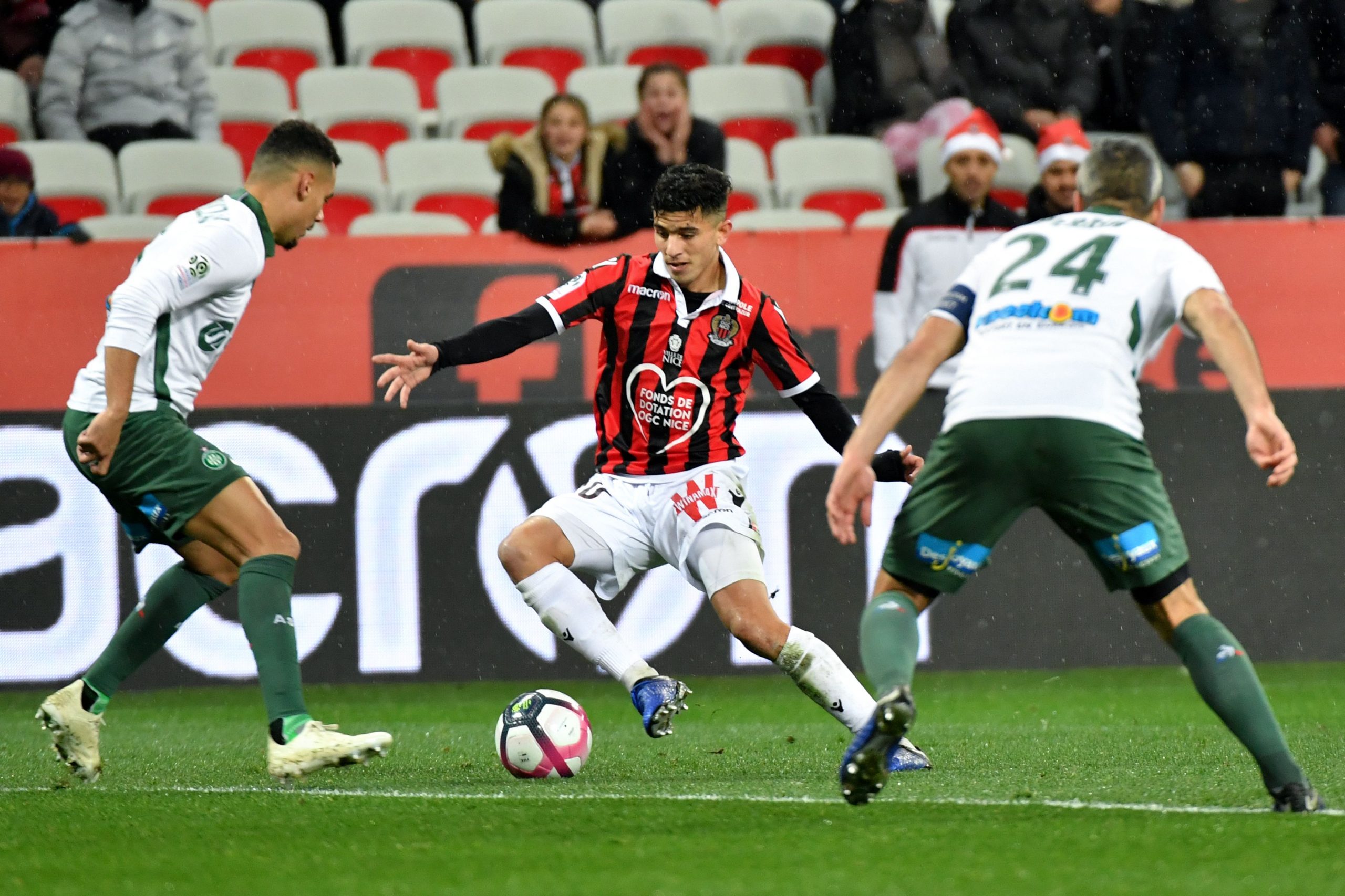 Walter Benitez, 4 – Made an alert key challenge on Paquetá in the first half but allowed the second Lyon goal from Aouar to slip under his hand.

Hicham Boudaoui, 3 – Again no real effect on the game at either end.

Amine Gouiri, 5 – Still Nice’s most prominent creative force but he struggled for tangible end product on the left of a 4-4-2, often found himself too far from goal and his repeated attempts to beat several men were crowded out.

Andy Delort, 6 – A danger for the first hour. Came close on three occasions in the first half after two stinging efforts from the end of the area, one well saved by Lopes, were added to a one-on-one effort he should have put away. Second half was a quiet one until he stroked home the late penalty for 2-2.

Kasper Dolberg, 4 – Failed to make the most of two presentable first half openings and faded after half time. He worked hard to find space but he still lacks understanding with Delort.

Youcef Atal, 9 – Left out by Galtier, he played as if he had something to prove and showed the pace and intensity not seen since before his injuries. His cut inside and powerful effort made it 1-2 before he won the penalty for 2-2 and initiated the attack that resulted in the winner.

Anthony Lopes 6 – Made a handful of key first half saves, two strong wrists to stop Delort and Dolberg plus a crucial stop from a clean through Delort. Not too much he could do about Nice’s goals.

Jérôme Boateng, 5 – Defended solidly until the final ten minutes and it’s his long ball that set up Toko-Ekambi for the opener.

Jason Denayer, 3 – His indecision nearly cost Lyon an equaliser at 1-0 and lost Guessand for the winner.

Emerson Palmieri, 4 – Very clumsy to give away the penalty.

Houssem Aouar, 6 – Did just about enough for a 6 as an illusive presence in the first half before firing home the second but faded in the second period overall.

Tino Kadewere, 2 – Awful. Wasted two huge chances to seal the win before he was deservedly sent off, effectively losing his side the game, after a two-footed tackle on Bard.

Karl Toko Ekambi, 7 – Again ran the show for Lyon as he continued some of the best form of his career and it was he who controlled Boateng’s long ball and followed up his own effort for the opener.

Lucas Paquetá, 6 – Again proved his worth as a false nine, leading the attack with power and physicality for long periods.