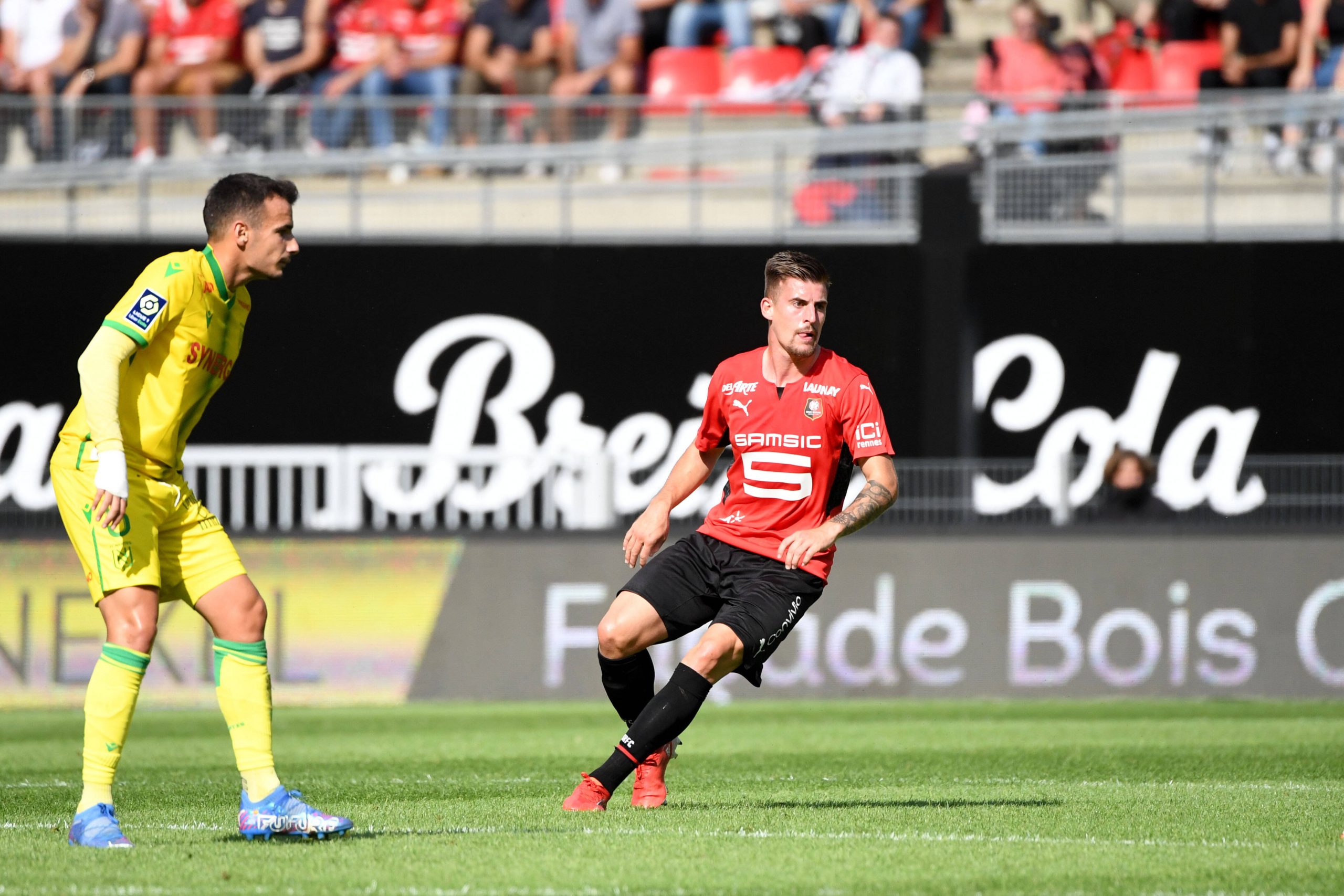 Alfred Gomis, 6 – His handling was very solid and neatly kept a clean sheet with only one key save to make, brilliantly pushing Blas’ shot onto Meling and up onto the bar.

Baptiste Santamaria, 7 – Great to see Santamaria back in Ligue 1, picked up where he’d left off as both a protective force and creative conductor, assisting Terrier’s strike before playing a deft through ball for Guirassy who should have made it two seconds later.

Benjamin Bourigeaud, 6 – Excellent on the ball throughout, bold and progressive in possession and his deliveries were again troublesome.

Jérémy Doku, 6 – Forced off with an injury just before half time but he still had time to underline the idea that he remains one of Ligue 1’s most thrilling talents with some characteristic skill and illusive dribbling.

Martin Terrier, 7 – Party to some of Rennes better build up play and fired a snap effort from the edge of the area to win the game just before the hour.

Alban Lafont, 4 – Got a hand to Terrier’s opener and made a couple of clumsy scooped saves, did make one good stop to halt Guirassy one-on-one however.

Moses Simon, 6 – Withdrawn at half time but is impressing this season as Nantes’ main source of creativity off the left flank and his run and clever cut back found Blas for the first half’s best chance, Blas hitting the bar.

Renaud Emond, 3 – Completely isolated, largely anonymous and offered no real threat, albeit largely due to lack of service.