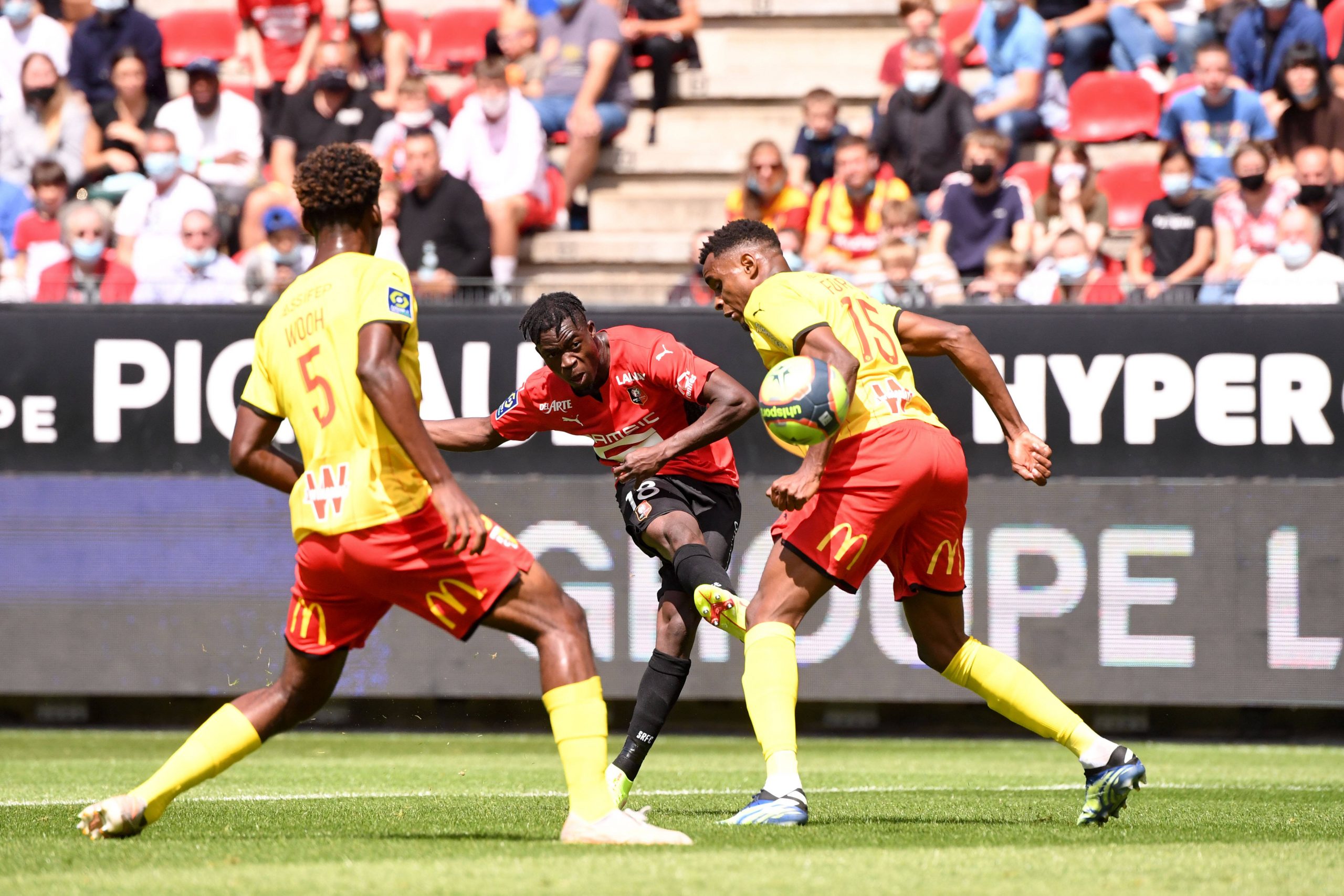 Adam White takes a look at the first Sunday lunchtime game of the Ligue 1 season as Rennes and Lens entertain in an open encounter.

Hamari Traoré, 6 – A little uncoordinated at times but used the ball nicely from his flank and in channels to feed Terrier and co. Solid defensively too.

Nayef Aguerd, 3 – Solid enough overall but cost his team the win as it turned out thanks to an embarrassing defensive slip which allowed Banza to steal possession and set up Fofana.

Eduardo Camavinga, 5 – One or two neat touches but failed to really impact the game, although his display was still an improvement on much of last season.

Kamaldeen Sulemana, 7 – Supremely illusive and direct as he caused issues for Clauss and Fortes throughout the first half and curled a glorious opener in off the post.

Martin Terrier, 6 – Some graceful and bold use of the ball both in tight spaces and with some sweeping passes to progress play. Very close to 7 but lacked much tangible end product.

Steven Fortes, 4 – A little clumsy at times and was a loose in his defending for the opening goal.

Christopher Wooh, 5 – Relatively assured debut given his lack of experience after only a handful of Ligue 2 outings for Nancy.

Jonathan Clauss, 4 – Got forward well but little came from his numerous crosses and corners while he was party to allowing Sulemana ample room in the first half. Lucky not to give away a late penalty too.

Seko Fofana, 6 – A typically positive and imposing display pushing forward from midfield and took a simple chance well for 1-1 but faded after half time.

Gaël Kakuta, 4 – Frustrating performance. Quiet in the first half before showing flashes of quality in the second but failed to make the most of some presentable openings.

Simon Banza, 6 – Did just about enough for six. Smartly won the ball back to cross for Fofana’s equaliser but was a touch erratic besides. Carried the ball well but his finishing was a little wayward.