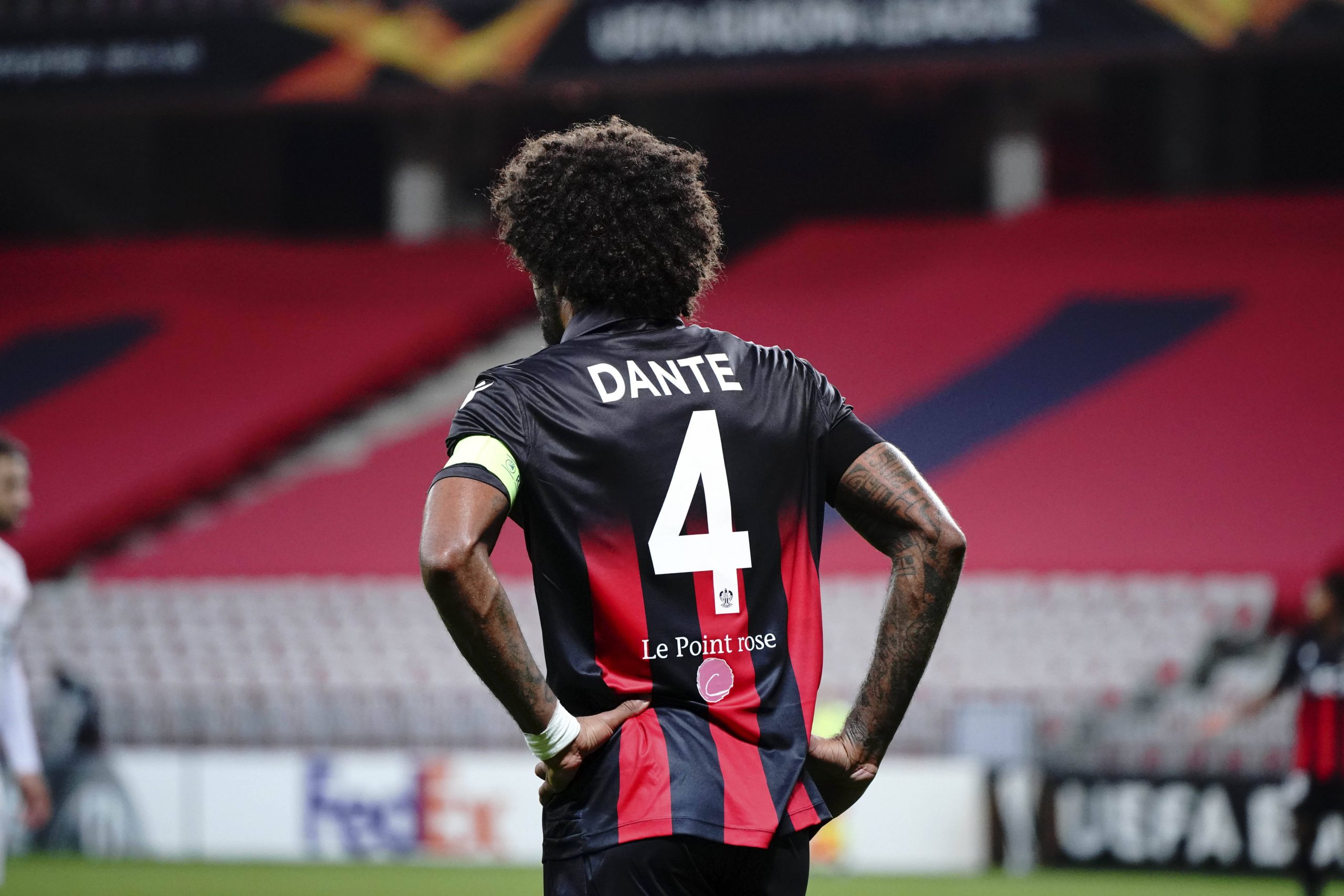 Alfred Gomis, 5 – Made an excellent close-range stop from Dolberg’s near post flick but will be slightly frustrated to have been beaten at this near post by Atal’s winner.

Hamari Traoré, 4 – Not meeting his much-improved standard of late here, touch and passing were erratic despite being prominent on the right at times.

Nayef Aguerd, 6 – Not to blame for either goal while he handled both Nice forwards with little fuss and was unlikely to see a brilliant first-half header hit the post.

Adrien Truffert, 6 – A powerful, persistent presence on his flank throughout and provided a sweeping cross for Bourigeaud’s diving header which made it 1-2.

Baptiste Santamaria, 4 – He was unfortunate to concede the penalty given the type of incident, even in the VAR era, and did well to track back and block the rebound after Gomis’ save from Dolberg. Subbed at half time on a booking.

Kamaldeen Sulemana, 6 – Came on after half an hour for Terrier and was a threat with his direct style and willingness to shoot even if he woefully wasted a free post header on the hour.

Gaëtan Laborde, 3 – Very little goal threat, unusually well handed by Dante and Co. and might have done better with a quick rebound at close range from a Benitez save despite a lack of time to react.

Youcef Atal, 7 – It was his rocket of a shot that won the game for Nice in the end and he lead his team in tackles plus interceptions with nine.

Dante, 7 – Expertly handled Laborde throughout and excelled in marshalling a stoic defensive display that won Nice the game, making 11 clearances for his side, five more than anyone else.

Jordan Lotomba, 5 – Business-like on the ball and solid enough defensively on his flank despite being out of position at left-back, memorably made one superbly timed tackle on Bourigeaud before halftime but was put under pressure by the excellent Frenchman at times.

Pablo Rosario, 6 – Battled hard in midfield and protected his defence well having headed Laborde’s shot off the line after a corner in the first half

Kasper Dolberg, 6 – It was he who fired in the penalty but he should score at the near post having decided to flick goalward in the first half. He did well to provide a weighted pass that invited Atal to smash home what became the winner.

Jonathan Ikoné to Fiorentina not done with another interested party involved