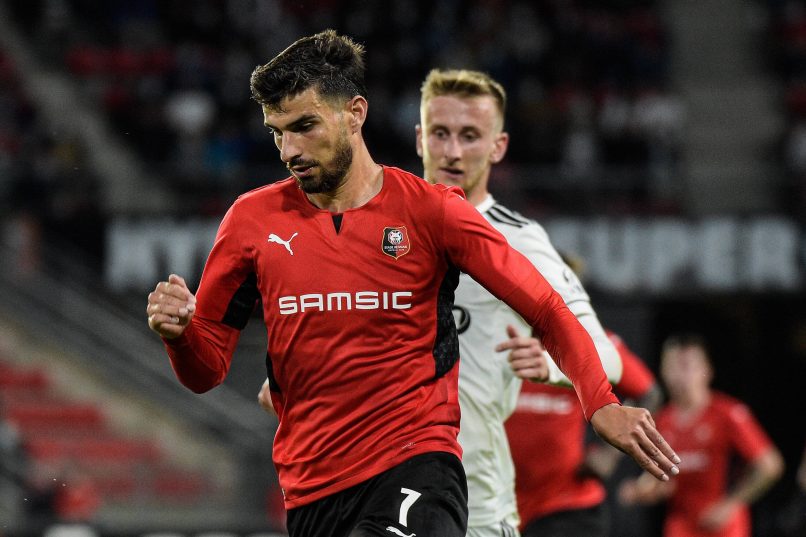 Alfred Gomis, 6 – Very little to do but made one super close range save from Mavididi in the second half while keeping a clean sheet.

Hamari Traoré, 7 – Now captain, he’s enjoying the best form of his career having seemingly taken his increased responsibility to heart of late. Excellent at both ends. It was his bending, pinpoint cross that allowed Terrier to head the opener and he made a key first half challenge on Gioacchini at the near post.

Adrien Truffert, 7 – He’s again putting Birger Meling under real pressure after two goals off the bench before the break and another thunderous display on his flank here. Heavily involved in the sweeping move for the second, he was again a powerful threat overlapping on the left and should have added to his goal tally.

Lovro Majer, 8 – Just two Ligue 1 starts into his Rennes career, it looks like SRFC have some player on their hands. After a devastating display against Lyon he again ran the game here in tandem with Tait, and his effortless nonchalance in picking passing and dictating play proved too much for Montpellier. He stole in to scissor kick home the second from close range too.

Flavien Tait, 8 – His understanding with Majer as a twin creative force is developing quickly and they dominated the game here, even before Savanier’s sending off. It was he who instigated the stunning pitch length team move for 2-0, his clever turn and cross the highlight of the move.

Martin Terrier, 7 – An effortless all round display complete with some silky interplay with Laborde, Tait and Majer, some delightful creative touches and intelligent passing. You won’t see a better header than his effort for the opener anywhere in Europe this weekend.

Gaëtan Laborde, 6 – In the thick of things again and how he didn’t score here too is a mystery, routinely getting into dangerous areas with his strength and movement. His smart downward header setup Majer for 2-0. A late bicycle kick that hit the post deserved more.

Téji Savanier, 3 – Added some characteristically exacting passing early on but was overwhelmed by Rennes’ depth of quality in midfield areas without much assistance from his partners and he was needlessly sent off for two silly bookings before half time.

Stephy Mavididi, 5 – Perhaps the only Montpellier player to even come close to positively affecting the game, working hard in forward areas and being unlucky not to score with Gomis making a superb second half save from his close range effort.