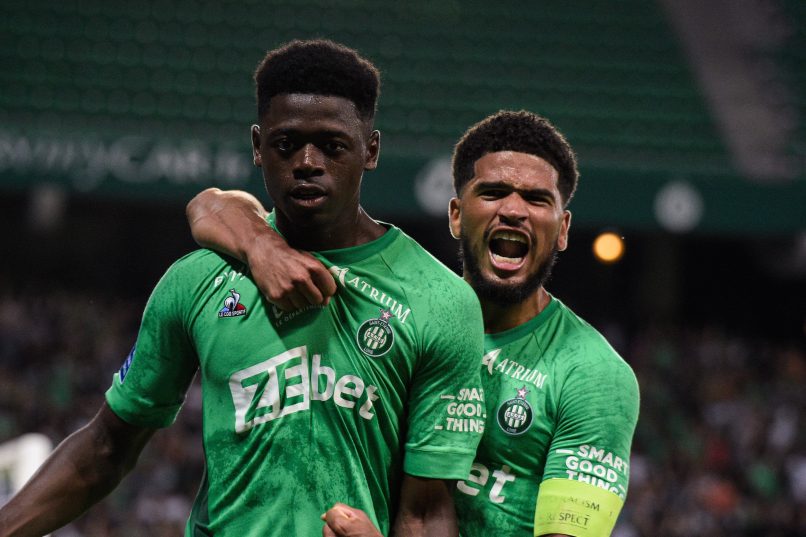 Etienne Green, 6 – Got a big hand to Yilmaz’s goal and maybe should have kept it out while he was a little unorthodox in his handling at times but made two snap one-on-one saves in the second half as part of a group of smart stops.

Saïdou Sow, 7 – Perhaps his positional play might have been more stringent but is becoming more confident in possession and defended resolutely before his guided header earned ASSE a deserved draw.

Harold Moukoudi, 4 – Party to his defence losing its shape on occasion and being too easily unbalanced on the counter before he was completely bamboozled by Yilmaz late on – he was lucky the Turk’s turn didn’t lead to a winner.

Denis Bouanga, 5 – Still a way off his best but was more consistent in his output than recent outings with some useful carries to worry Lille’s shaky looking defence. Probably should have done better with a close range header early on and it was his sloppy ball which led to Yilmaz’s opener.

Wahbi Khazri, 5 – There were a handful of flashes of his quality and he combined well with Hamouma and Bouanga at times but struggled to provide a consistent threat on the Lille goal.

Romain Hamouma, 6 – Sneaks a 6 after some good deliveries, combining well with Khazri and setting up Bounaga with a dipping cross from which the Gabonese international should have scored from early on.

Jose Fonte, 4 – Contributed one key interception in the six-yard area late on to prevent a likely ASSE winner but he is rapidly starting to look all of his 37 years and struggled to keep tabs on the Saint-Étienne front three before half time.

Sven Botman, 5 – Looking more than a little uncertain so far this season and he was fortunate his sloppy loss of possession in the first half didn’t result in a goal for Bouanga but improved as the game wore on.

Xeka, 6 – Bullish and physical as always while helping share the creative workload in midfield.

Jonathan Bamba 3, – Offered very little in the way of creativity from his flank and seems to have lost the swagger and intensity that made him so thrilling the first half of last season while he gives the impression he doesn’t expect to be at the club much longer and is going through the motions a little.

Timothy Weah, 6 – Played with hunger and intensity and looks desperate to take his chance in the side after performing well last week too despite the defeat but did fade after half time.

Burak Yilmaz, 7 – Just about did enough for 7 as Lille’s central threat once more. His curling shot just beat Green for the opener and he turned Moukoudi inside out to create a late chance from nothing only for Green to save from point blank range.

Jonathan David, 4 – Wasted two huge chances to seal the win, one effort was superbly saved by Green from close range while another saw him comically slip at the crucial moment after a well orchestrated counter.