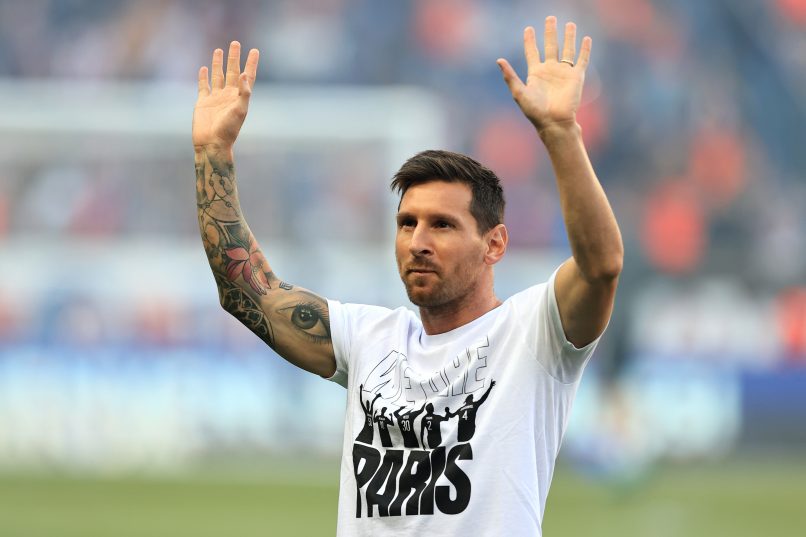 Etienne Green, 9 – The Englishman made a host of superb saves. An early stop from Mbappé with his foot, a hand ahead of Mbappé on a dangerous cross and especially a stunning low hand from Mbappé at close range again stood out and that was just the first half. A similar second half palm to stop Neymar scoring was a highlight. Can’t be blamed for the goals. Outstanding overall.

Alpha Sissoko, 3 – Struggled with Mbappé during the first half and was lucky not to see a second yellow before he was withdrawn for fear of a red at the break.

Timothée Kolodziejczak, 5 – Very unlucky to be sent off just before half time as the last man for a foul on Mbappé with Nade covering.

Mahdi Camara, 6 – ASSE looked far more comfortable with him back in midfield, after being used at right-back due to injuries of late, and his crucial tackle on Messi, who was about to shoot and probably score at 1-1, was key at the time.

Ryad Boudebouz, 6 – Limped off in the final quarter of the game but his rejuvenation continued with some neat build up play in central areas and, much like Khazri, has managed to greatly amp up his intensity of play.

Adil Aouchiche, 4 – Talented but typically erratic here and his expected progress continues to elude him. Withdrawn at half time with ASSE down to ten men.

Denis Bouanga, 6 – A threat on the counter throughout and stole in tuck home a rebound for 1-0 early on.

Wahbi Khazri, 6 – Continuing his superb form this season his lovely shaped ball created the ASSE goal while his interplay with Bouanga on the counter was a threat, even after the sending off.

Marquinhos, 8 – Perhaps not his most commanding defensive display but effectively won PSG the game with the front three misfiring for long periods via two superb headers. The long range headed equaliser was the goal of the game.

Sergio Ramos, 4 – Clearly not fit, the game seemed to happen around him and he was fortunate PSG played much of the game with ten men as he might have been exposed had the first half pattern of play continued.

Ángel Di María, 6 – Having not started any of the last three games, he was a prominent creative influence here and he stole in at the back post for the crucial second goal.

Neymar, 3 – Little to no impact as a goal threat and was anonymous creatively for long spells before he was subbed towards the end with injury.

Lionel Messi, 6 – For well over the first hour it was by far Lionel Messi’s worst PSG display to date. He sauntered around on auto pilot and his passes were often over hit while Di Maria took over as the main creator. He also managed to pull PSG’s best chance wide with Green out of position and his mis-control squandered another big opening after a mis-placed ASSE pass. However, being probably the greatest player of all time, he still managed to contribute three assists. His free kick set up the equaliser and he found free man Di Maria for 2-1 before crossing for Marquinhos’ sealer.

Kylian Mbappé, 3 – Looked tired and his finishing was worrying wasteful at times with Green getting the better of him. Green’s low save to his left was outstanding but several other major chances were squandered, a sliced volley wide stood out.