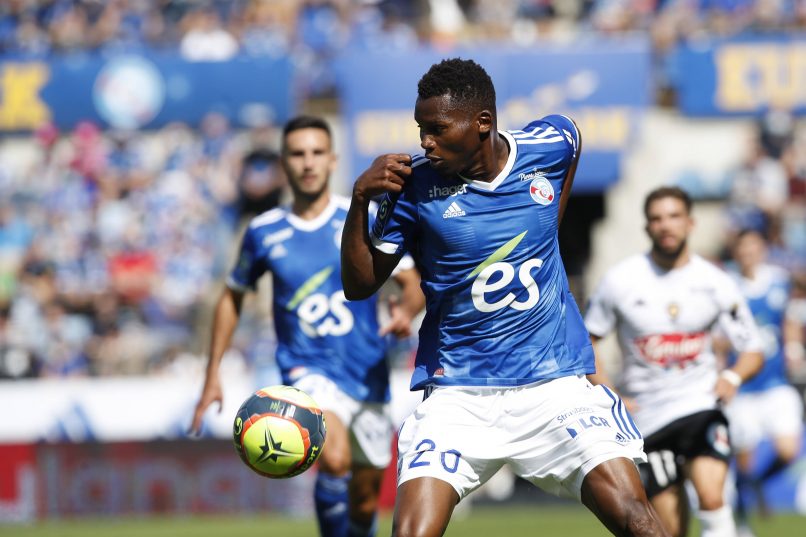 Matz Sels, 6 – Little to do overall but kept a deserved clean sheet via a superb flying save to keep Bronn’s header out of his top corner in the second half.

Gerzino Nyamsi, 7 – Defended strongly when needed and enjoyed carrying the ball out of defence, it didn’t always come off but one such dribble and through ball provided a superb assist for Diallo’s first.

Alexander Djiku, 6 – Resolute and reliable as always, one of Ligue 1’s most underrated centre-backs.

Adrien Thomasson, 6 – Pressed well in the first half and, although he’s capable of providing far more goal threat, he seems more comfortable playing behind the Ajorque-Diallo pairing than with Gameiro so far.

Ludovic Ajorque, 7 – Stroked home the penalty early on and was a handful throughout for a shaky Strasbourg defence, not only due to his size but his ability in possession too. A deft looped ball to assist Diallo’s second was perhaps the game’s highlight.

Habib Diallo, 8 – Clearly desperate to take his chance with Gameiro rested and scored a superb first half brace to win the game, with Dylan Bronn his victim on both occasions. Firstly by fooling the Tunisian with a drop of the shoulder to create space to fire under Oukidja, then by outmuscling him to poke home his second.

Alexandre Oukidja, 3 – Having produced a typically rash challenge to concede an early penalty, he might have kept Diallo’s first out having got a hand to the shot.

Dylan Bronn, 3 – Barely deserves a 3 after a woeful first half in which his was outmuscled and outthought by Diallo for the second and third Strasbourg goals, but did block a goal bound Gameiro shot in the second half with Oukidja beaten before coming closest to reducing the deficit as his header was brilliantly saved by Sels.

Matthieu Udol, 3 – Not a long term option at centre-back at this level. Offers ability on the ball and a willingness to progress play but, one standout display against Lille aside, looks a little out of his depth defensively as a career full-back.

Habib Maïga, 3 – Unable to impose himself at all on the midfield and was withdrawn at half time.

Pape Matar Sarr, 4 – Not far off a 5 but struggled to have any real effect on the game aside from some neat use of the ball, especially in the second half. A role as a creator doesn’t really suit him with the side badly missing Farid Boulaya.

Nicolas de Préville, 3 – Virtually anonymous. He is lacking fitness after leaving Bordeaux at the end of last season but still has a long way to go. Having struggled to perform for some time, he may simply be finished in Ligue 1.