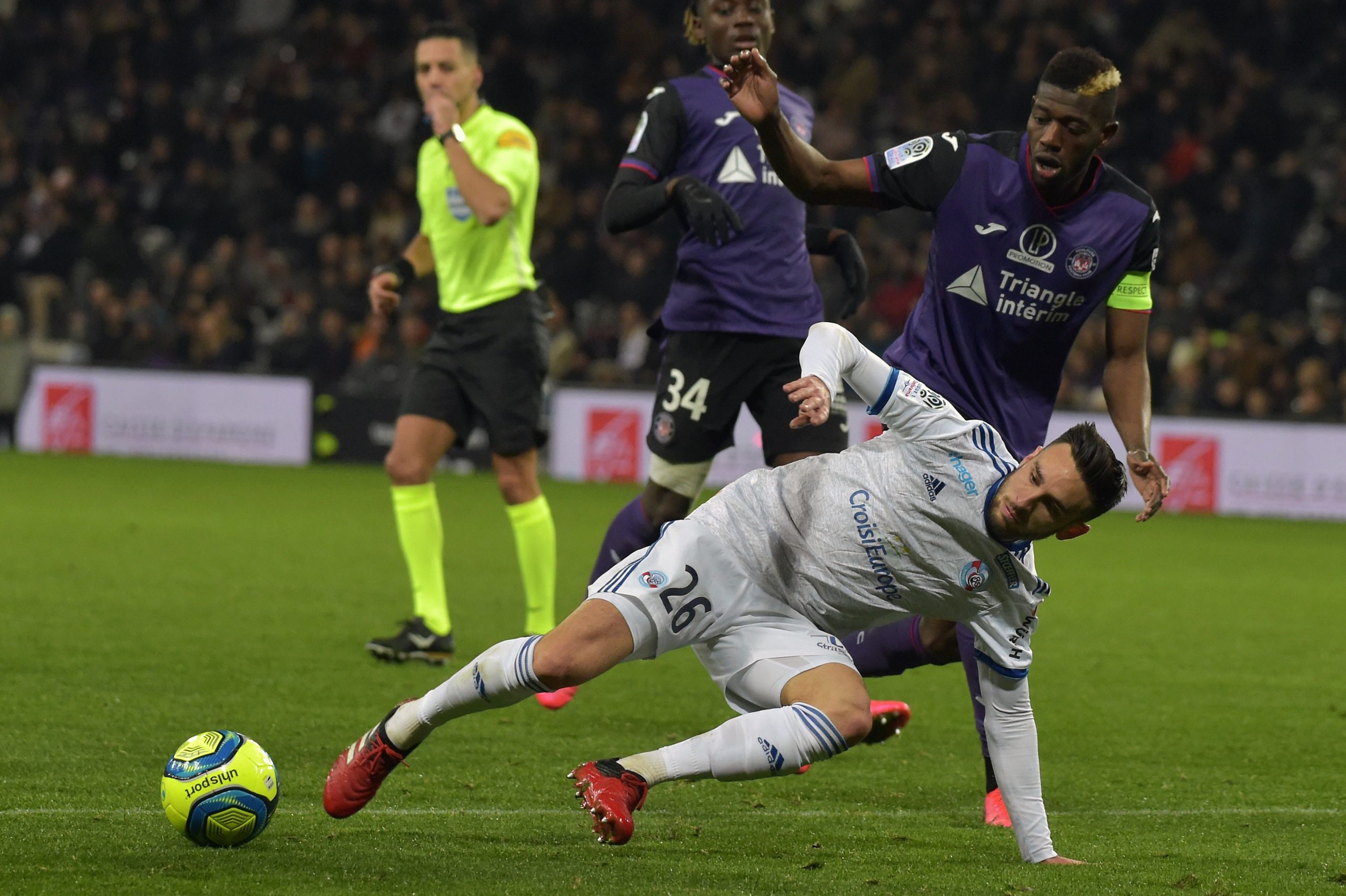 Gerzino Nyamsi, 6 – The pick of Starsbourg’s defensive players, charging out from the back on occasion, and was unlucky not to score with a first half diving header.

Frédéric Guilbert, 6 – Typically persistent on his flank and assisted the opener, although via a simple cross for Thomasson who was wide open, and had the beating of Mensah throughout.

Dimitri Liénard, 7 – His stinging, precise crossing was always a menace for FCGB and one such centre assisted Ajorque for 3-1 before he ghosted in unmarked for the fourth, although he was outmuscled by Elis at the back post for Bordeaux’s second.

Ibrahima Sissako, 7 – He got through a lot of midfield work both in defensive areas, with his ability to wrestle back possession, but also in attack by driving his team forward with some direct carrying of play and passing.

Adrien Thomasson, 8 – The focal point for a devastating attacking display. He headed the leveller, albeit with some help from Costil, and was involved in the fourth before his clipped precise cross invited Ajorque to head the fifth. Bordeaux struggled to pick him up all as he drifted between lines.

Ludovic Ajorque, 8 – Always a threat. It was he who produced a difficult finish as he dived in for the third and it was his precise standing, looped header that rounded things off for 5-2.

Kevin Gameiro, 7 – Complemented the performances of both Ajorque and Thomasson by dropping off the front to link up with midfield and by facing up defenders across the front line. He scored the penalty for 2-1 and it was his tricky dinked cross that found Liénard for the fourth.

Benoît Costil, 3 – Made one flying second half save but completely misjudged Guilbert’s cross for Thomasson’s equaliser and conceded five. He can’t be expected to save them every week.

Stian Gregersen, 2 – A reckless defensive display, the low point was a ludicrously rash tackle on Sissoko to concede the penalty for 2-1 before losing Ajorque for the third.

Gideon Mensah, 3 – He produced a great arching cross from deep for Elis to make it 4-2 but a woeful, aimless clearance directly led to the fifth Strasbourg goal as part of an indecisive defensive display.

Yacine Adli, 5 – Did his best to create when given the chance and produced a handful of flashes of his quality, most notably a shaped cross that set up Hwang for the opener.

Hwang Ui-jo, 5 – Not much he could do about his teammates’ woeful defending and did well to finish with an arching header for the opener.

Alberth Elis, 6 – Worked hard in attack and arrived at the back post to force a second with a battling header.