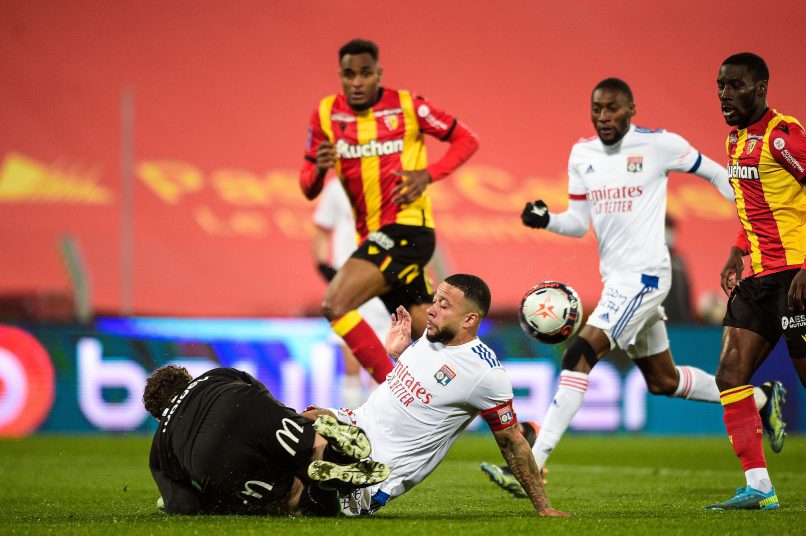 On Saturday night, Rudi Garcia’s men put in yet another disappointing performance as they treaded water to pull back into a 1-1 draw against Europa League chasers RC Lens.

28-year-old right-sided player Jonathan Clauss produced another exceptional performance for Lens, grabbing the goal – his average position over the course of the 90 minutes was very high as has been typical in Franck Haise’s 3-1-4-2 shape. It was especially important on Saturday night, as it pinned Maxwel Cornet back from being able to regularly contribute to Lyon attacks.

29-year-old attacking midfielder Gaël Kakuta has been one of the standout talents in Ligue 1 this season and the below positional map helps explain why – in build up, Florian Sotoca held the ball up effectively, but just how close the pair’s average position was on Saturday symbolises how well the duo linked to progress play.

How high Lyon’s full-backs sat up shows that OL, with their 61% possession, that they did attempt to break Lens down, but a lot of their possession in the opponents half was sterile. Lyon sought to flood central areas, narrowing their formation, which played into the hands of the 3-4-1-2 Lens shape. Cornet and Léo Dubois were not rapid or technically precise enough on Saturday to penetrate the wide space left between Lens’s left-sided and right-sided central defenders and their attacking full-backs effectively.