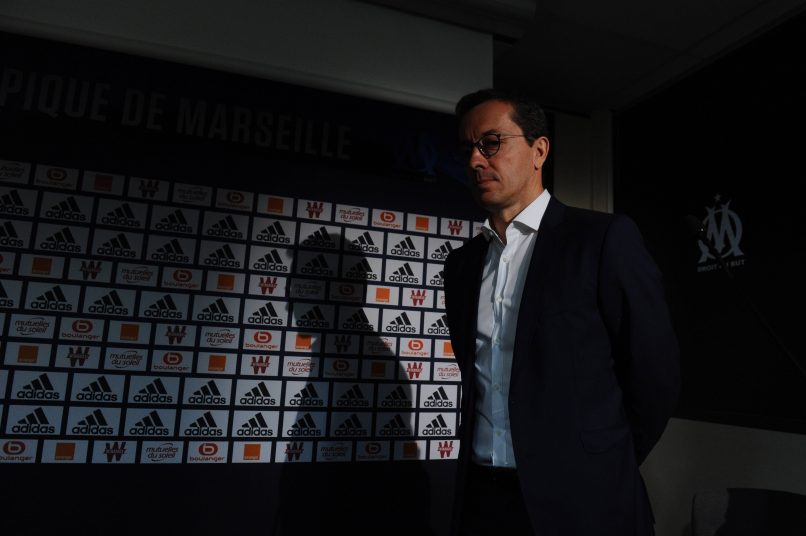 Sentences of up to one year in prison were handed down on Monday against four leaders of groups of supporters of Ligue 1 side Marseille for their responsibility in the incidents at the end of January at the club’s training centre.

“In this case the proof has been produced by an organisation of the violence and vandalism it suffered,” assured the presiding member of the correctional court of Marseille, Nathalie Marty, who pronounced the harshest sentence against the treasurer of OM supporter group Marseille Trop Puissant (MTP). The young man, already convicted in the past for similar crimes, was arrested in the Commanderie, the OM training centre, in possession of smoke bombs. He has not been sentenced to jail but will have to wear an electronic bracelet at home.

Rachid Zeroual and Christophe Bourguignon, respectively leader of the South Winners and president of the Ultras, two other supporters’ clubs, were sentenced to nine months in prison, five months as a suspended sentence, in accordance with the prosecution’s demands. “I am the bête noire, they try to make us give up, but I have nothing to reproach in terms of my conduct, I did not enter the Commanderie,” angrily responded Mr. Zeroual during the hearing, aided by crutches due to illness. The final sentence, a ten months suspended one, was pronounced against the secretary in charge of communication of the Winners group, filmed making aggressive gestures by cameras installed near the club’s training centre.

The public prosecutor, André Ribes, had requested the same sentence for the leader of the MTP, but the latter, who admitted before the criminal court to have “been an idiot,” was released. On January 30th, some 300 supporters, revved up by a succession of disappointing on-pitch results, gathered in front of the gates of the Commanderie, in particular to request the departure of the president of the club, Jacques-Henri Eyraud, who has since been ousted from that position although not from the club entirely. Firecrackers, fireworks and smoke were launched into the training centre and portion of the supporters broke in, making it as far up as the players’ dressing rooms. Windows were smashed and cars damaged.

“Acts of violence to get across ideas is not a possibility,” said the prosecutor: “If the door is closed, you stay outside.” During the court hearing, Rachid Zeroual defended himself against the accusation that the supporters belonging to his group are “a gang.” Already convicted 11 years ago for “aggravated violence,” Mr. Zeroual denied having stoked the anger of the supporters, assuring on the contrary to have “insisted” during a meeting “so that the protest takes place peacefully.” The fifty-year-old spoke of a “COVID effect” and the ban on supporters in stadiums for health reasons as an explanation for the violence.

Christophe Bourguignon, the president of the Ultras, who admitted to being present in front of the Commanderie but denied having entered it, attempted to minimise his role. President? “That’s fair on paper,” said the 49-year-old, who had an “Ultra” tattoo on his neck. “The Commanderie does not belong to them,” insisted Marseille’s lawyer, Mr Grimaldi: “OM cannot live without its supporters, but OM does not have the capacity to choose its supporters. We are in Marseille, we have the supporters that we have,” he regretted. On February 24th, eleven first supporters arrested at the time of the facts had been sentenced to a six month suspended prison sentence, and a 12th, already known to the courts for prior thefts, was sentenced to three months firm.