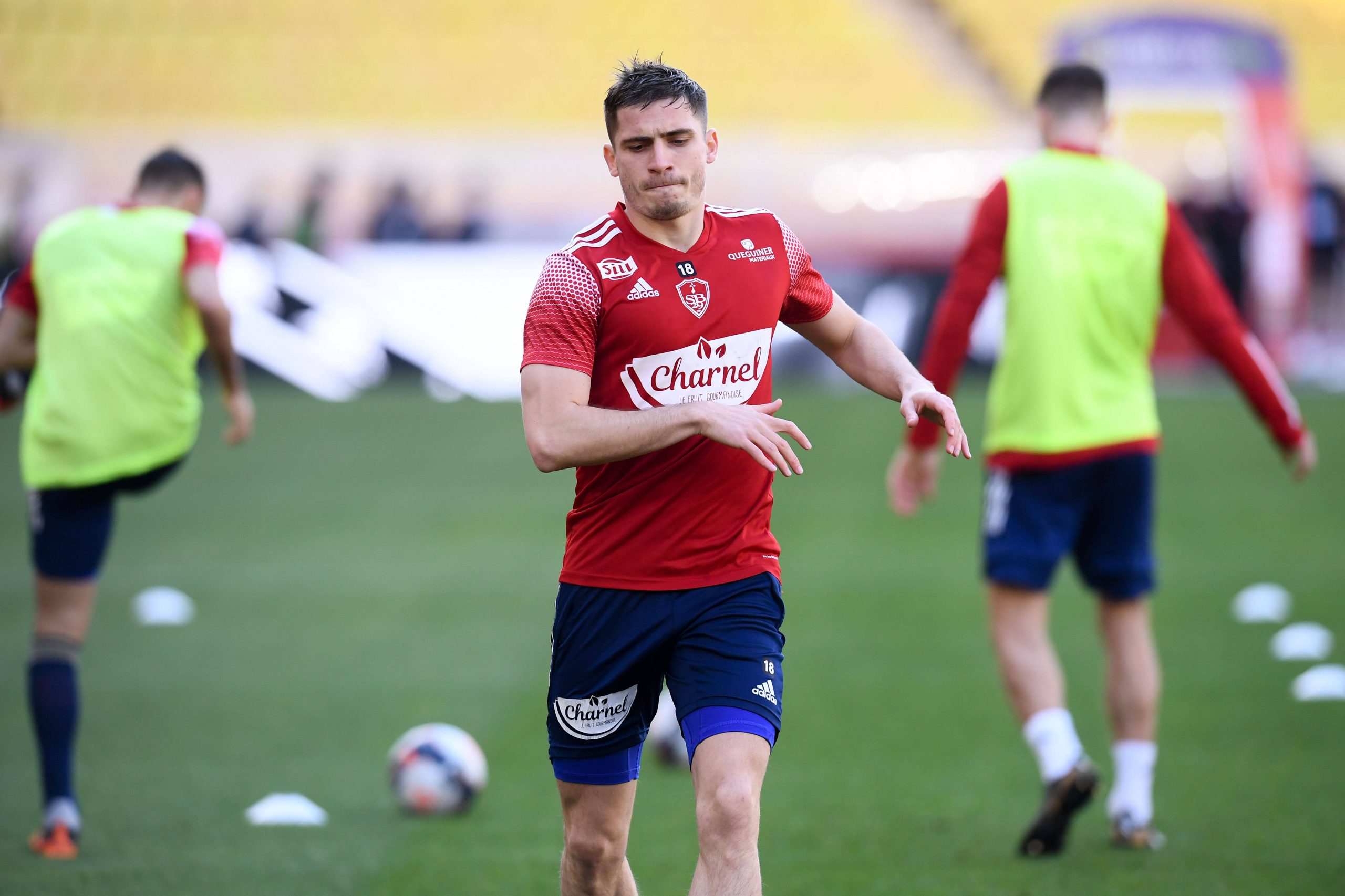 This piece was written in December 2020 on Brest full-back Romain Perraud, who will shortly complete a transfer to Premier League side Southampton.

The term ‘modern full-back’ has become almost cliched in the last decade of footballing discourse. More attacking, dynamic, aggressive, pressing sides have, by necessity, moulded a new type of player that represents more of an auxiliary winger than a defender. Brest left- back Romain Perraud meanwhile may have taken a step further still along the evolutionary path amongst the current cohort of elite level full-backs. Far from just an overlapping crosser of the ball, Perraud’s success could help hasten the progress of a new wave of full-backs.

Having joined Brest from Nice ahead of the 2019/20 campaign, Perraud’s first season in Ligue 1 took a while to gather momentum. Nevertheless, the Frenchman had proved much as Paris FC chased promotion from Ligue 2 in 2018/19. At one stage the marauding Perraud was the pragmatic Paris’ top goalscorer as PFC also forged the league’s best defensive record.

A miserly 22 goals conceded underlined the then 21-year-old’s equally impressive defensive acumen. Perraud was elected Ligue 2 Player of the Year that season by France Football.

Although Perraud provided only a single assist in 20 games last season, noticeably settling after Christmas, this season has seen another sizable leap forward for the 23-year-old. In partnership with right-back Ronaël Pierre-Gabriel, Perraud provides Olivier Dall’Oglio’s attacking team with balance and dynamism in all three thirds. Perraud in particular is adept positionally and often the victor in a battle with his direct opposing number, while charging forward to pro- vide some intelligent crossing, resulting in four assists across his first 12 games this term. His shooting has been productive too, adding three goals in the same spell.

Incredibly by mid-December, Perraud led the gung-ho Brest in goal contributions with seven combined goals and assists. Only Irvin Cardona had more goals while highlights were plentiful. Perraud’s delicate half-volley to put Brest two up on Lille in November. Arriving late to the attack against Lorient, Perraud opened the scoring with another clever volley, this time with the side foot. A fizzing, in swinging daisy-cutter from the edge of the area brilliantly put his team ahead at Brest.

Again, appearing unannounced in the inside left position to support an attack, a beautiful half-volley, fading cross dropped perfectly on the head of Steve Mounié to complete a devastating first half against Saint-Étienne. Perraud too instigated the moment of the season for Brest so far as his bulldozing run and looping cross invited Cardona to apply his leaping, kara- te kick at Dijon in September. The left-back had contributed a goal or assist every 154 minutes in Ligue 1 by mid-December which, at the time, was better than Dimitri Payet (176 mins), Kasper Dolberg (204 mins) and Mauro Icardi (177 mins). Boasting the ability to ghost past defenders off the ball and arrive late in the box as well as create chances seemingly out of nothing – all sev- en of his goal contributions were far from simple or obvious – Perraud could instead be com- pared to an attacking midfielder rather than a modern full-back. Without him, Brest would be far less able to impose themselves on sides as they have been doing under Dall’Oglio as one of Ligue 1’s most exciting and captivating watches.

In simple terms, Perraud does what is expected from a ‘modern’ full-back with his support of attacks and keenness to beat a man and provide crosses, as well as forcing his way into the area. But Perraud goes further. Few of his peers possess his guile and vision to create chances and instigate moves. Instead of a necessary link in the chain as a forward-thinking side like Brest progresses the ball, Perraud combines attributes more commonly associated with creative midfielders to mould and direct the play. Almost only a bonus at this stage, Perraud, unlike many used in his position, is astute, forceful and committed defensively too while offering a notable physical challenge.

Although there are examples of wing-backs – specifically those deployed alongside a trio of central defenders – who are capable of such influence, to produce such performances as part of a theoretically more restricting four-man defence is rare. Liverpool’s Trent Alexander-Arnold’s unique profile makes another more high-profile divergence from the usual full-back role while Angeliño of RB Leipzig is comparable in terms of output and influence across the ‘Big 5’ leagues, although often used as a more progressive wing-back.

While the level at which he plays remains a caveat to his level in 2020, Perraud’s upward trajectory from Nice’s reserves to Ligue 2 and Ligue 1 remains impressive and an extended stay at the Stade Francis-Le Blé is becoming increasingly unlikely. Such vision, subtlety and guile won’t be easy to replace in a full-back. Instead Perraud’s next move could see him set the standard as the ‘complete’ full-back.