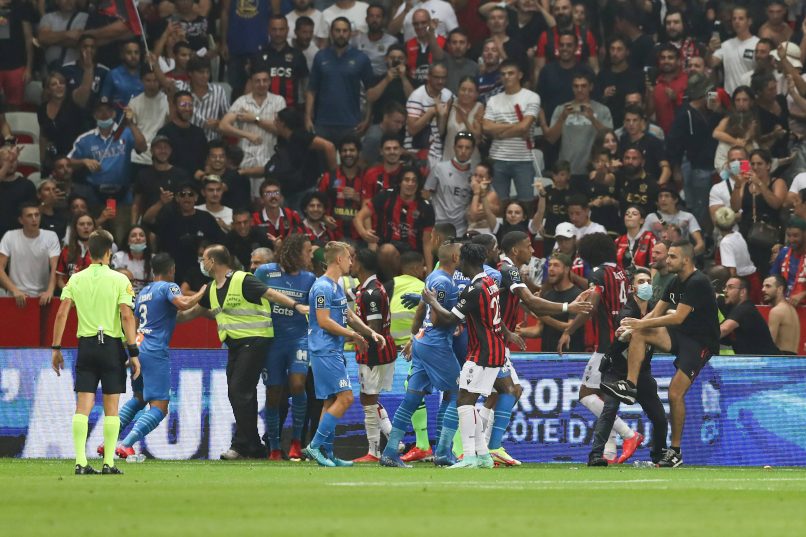 Nice-Matin report today that the prosecutor against the fan that kicked Dimitri Payet during the Nice-Marseille crowd trouble has called for a five-year stadium ban and six-month prison sentence against 29-year-old man.

The fan, named as Tony C., appeared in court this Wednesday before the Nice magistrates’ court along with his lawyer. The final deliberation will take place on September 30, in a case which sees Payet, the LFP, and the players’ union as plaintiffs.

The Nice-Marseille fixture has descended into chaos 15 minutes from time after the midfielder threw back on of the bottles he had been targeted with from the stands. This led to a pitch invasion, triggering a mass brawl between players, fans and even members of staff.