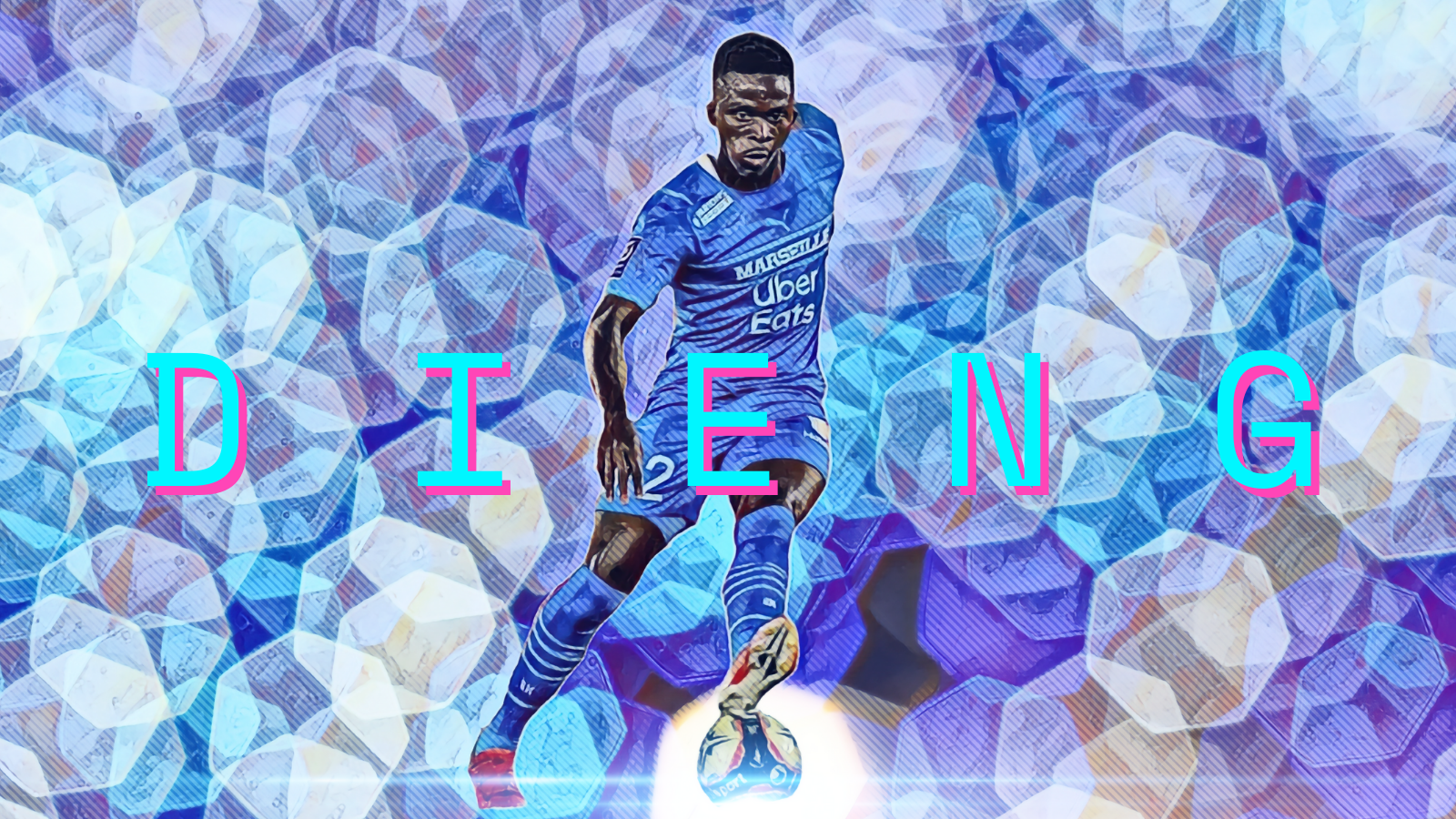 It’s hard to keep track of Marseille’s wealth of young talent. The summer acquisitions of Barcelona winger Konrad de la Fuente as well as Arsenal pair William Saliba and Mattéo Guendouzi on loan, were well publicised while Boubacar Kamara and, to a lesser extent, Luis Henrique were already on most European scout’s radars. By comparison, the rise of Senegalese striker Bamba Dieng feels like it has come out of nowhere.

In fairness, the 21-year-old only made the journey from Senegal to France in October 2020. The move came a year after Marseille solidified a partnership with Dieng’s club, FC Diambars, a Senegalese side founded in 2003 by Patrick Vieira. In 2019, Diambars were returning to the Senegalese first division after relegation two seasons earlier, Dieng had joined in 2014, aged 14. Three years later he was starting for the first team, scoring 12 league goals in the 2019/20 campaign – 67% of Diambars’ total goal output. Dieng was on course to finish as the league’s top scorer before the pandemic abruptly ended the season.

Dieng played upfront and was described by Senegalese paper Enquête as the ‘architect’ of Diambars’ attack, adding to a variety of comparisons and conflicting descriptions that have been attributed to Dieng throughout his short career so far. Former Liverpool and Senegal forward El Hadji Diouf compared Dieng to Chelsea legend Didier Drogba but Drogba disagreed, saying it was a little early for comparisons and that “when I see his performances, I say to myself that he has pep and he’s skilful in front of goal”.

At 5’8 with electric pace, Dieng’s style can feel more reminiscent of fellow Senegalese forward Sadio Mane’s as evidenced by his debut Marseille goal against Auxerre in a February 2021 Coupe de France tie. With Auxerre pushing for an equaliser, Dieng was put through on goal and held off a recovering defender before firing low in at the near post. Dieng ended last season with just 127 minutes of Ligue 1 action, with that being his only goal in 2020/21. Although he quietly impressed during his first Ligue 1 start in a 3-2 win over Nice, those humble figures make his recent explosion even more surprising.

At the start of September, Dieng was handed a start against Monaco with Dimitri Payet and Arkadiusz Milik injured. Despite the untold complexities of Marseille’s 3-2-4-1 system, Dieng scored twice in a man of the match performance as part of a 2-0 win.  Both strikes were outstanding. Dieng pulled wide for his first after a long lofted pass from Luan Peres. After beating Axel Disasi to the ball, Dieng jetted into the box before an accurate finish at Alexander Nübel’s near post. His second came after originally losing control of the ball as Amine Harit carried it into the box, sliding it into Dieng’s feet. Dieng rolled his marker before firing into the near post. Ironically, the strike was reminiscent of Drogba, particularly his ability to bounce a marker under pressure.

Still, with less than 340 minutes of Ligue 1 football played, it’s hard to build a solid picture of Dieng’s abilities. From what we can tell though, Dieng is a shot-heavy player. He’s averaging just under four per 90 league minutes, which would put him in the company of strikers like Harry Kane. Despite a tendency to pull wide, Dieng has only completed three dribbles in six appearances, reinforcing the idea that he is more forward than midfielder or winger. Footage of his days at Diembars also shows his shots were so powerful they often left goalkeepers rooted while, regardless of where he’s deployed, Dieng’s illusive movement has been particularly impressive.

Whether he plays upfront or on the left hand side of Jorge Sampaoli’s constantly evolving system, Dieng will face competition. Konrad de la Fuente, Amine Harit and especially Dimitri Payet have all started the 2021/22 season in good form but Dieng has the backing of his coach. “He has a lot of explosiveness and a good quality of shot. He’s a player with great potential for the club,” said Sampaoli when asked about putting Dieng straight into the first team.

Time will tell just how effective Dieng can continue to be. Despite goals being hard to come by since that Monaco victory, the signs are positive. We are at the beginning of what will undoubtedly be an interesting career. Bamba Dieng could become an asset not only for Marseille, but also for Les Lions de la Teranga.