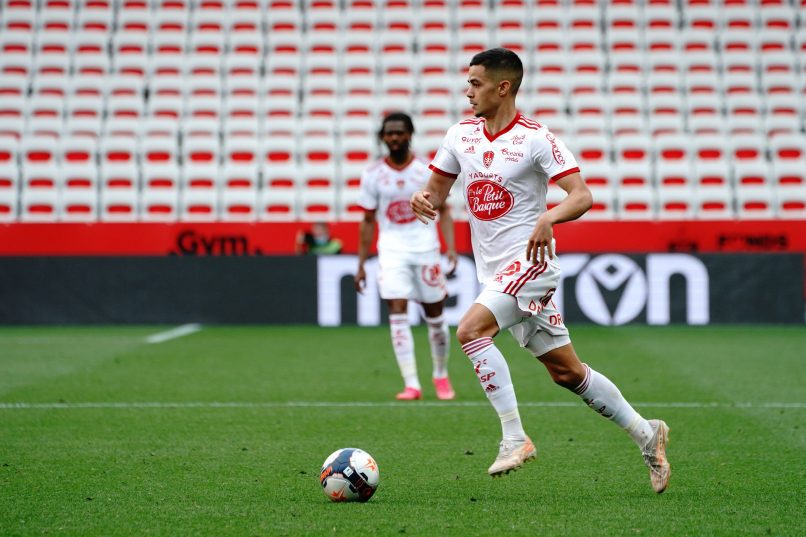 Le Parisien report that Ligue 1 title chasers PSG have entered into contact with the entourage of French youth international attacking midfielder Romain Faivre about a possible summer transfer from Brest.

SB29 will be seeking around €20m for the player’s services, with Les Parisiens facing competition from Bayer Leverkusen, Dortmund, Gladbach, Leeds and AC Milan, as well as Rennes and Nice, who have all been in contact with the player’s entourage.

Talks with PSG are at a very preliminary stage, with a couple of exchanges with the player’s entourage, and a mutual agreement to revisit the subject at the end of the season.

Faivre, from the Paris region, is very positive about the possibility of this move – PSG may also be able to use Bandiougou Fadiga, who is currently on loan at Brest, as a counter-weight in negotiations.

Should PSG sign Faivre, it would be their first purchase of a Ligue 1 player since Kylian Mbappé in 2017.

It was in a recent Coupe de France match between PSG and Brest that Faivre caught the eye of Mauricio Pochettino.