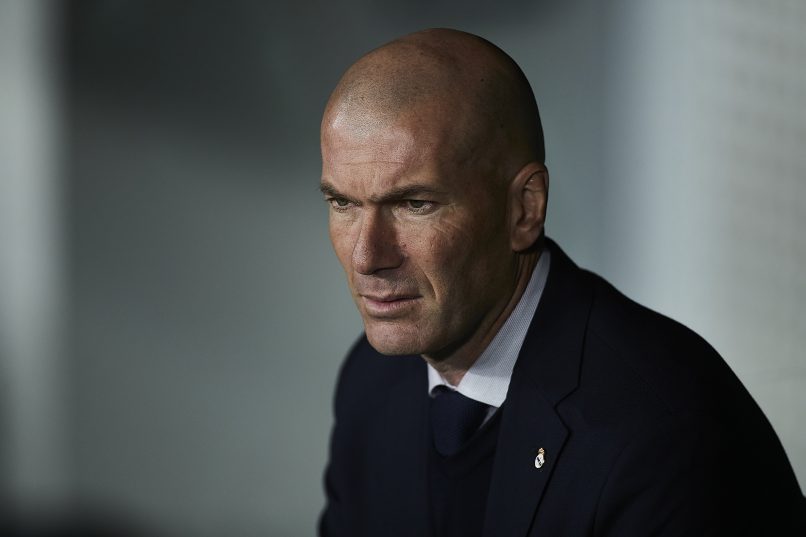 Le Parisien report this morning that Paris Saint-Germain have been in talks with France legend Zinédine Zidane for the past few weeks, with a view towards the former Real Madrid manager taking over from Mauricio Pochettino.

The World Cup winner, who has reportedly turned down an approach from Manchester United, had been increasingly linked to Les Parisiens with the Argentine’s future in Ligue 1 looking increasingly uncertain.

A meeting took place earlier this month at Paris’ Royal Monceau. The talks, which are said to have included directors Leonardo and Jean-Claude Blanc as well as the Ballon d’Or winner, have been denied by the club.

PSG’s intention is to have Zidane on the touchline for next season, with negotiations heading in that direction. Spanish outlet AS previously reported that the former midfielder would be reticent about joining mid-season.

With the club already rejecting an approach from Manchester United for the Argentinian manager, Mauricio Pochettino’s decision could play a role in proceedings.

The league leaders had already met with Zidane when he had left Real Madrid. At the time, he wanted to take a break from management, with a potential view towards taking over from Didier Deschamps as France manager.