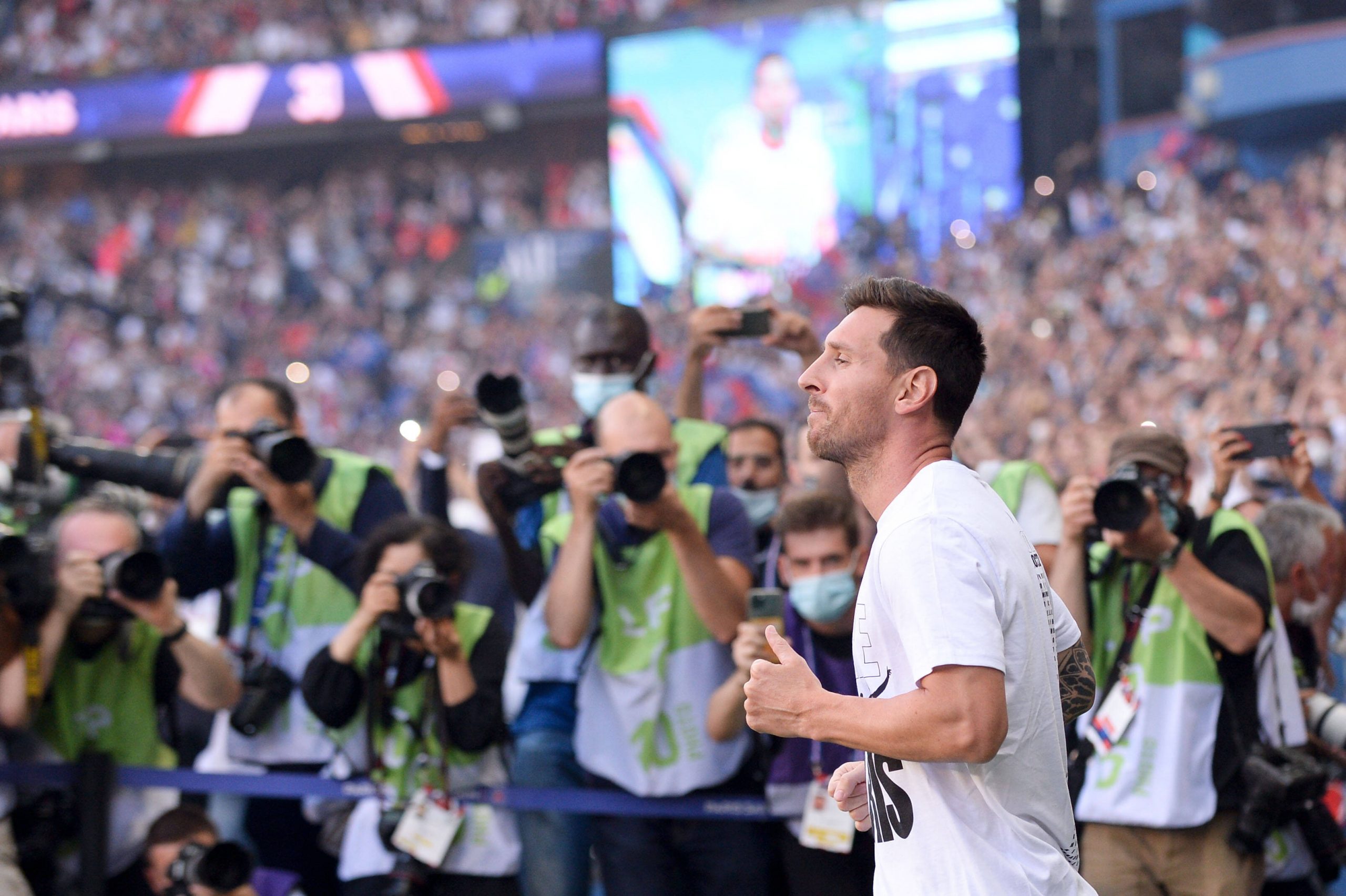 As reported by L’Équipe, Lionel Messi’s first week at PSG’s Camp des Loges training ground has been an enlightening one for the Paris squad.

Kylian Mbappé notably shared his admiration with friends, exclaiming: “Guys, it’s Messi!”, with the 22-year-old World Cup winner blown away by the technical quality of the six-time Ballon d’Or winner. Underling the point, PSG also tweeted a series of videos from training showing PSG’s likely front three already combining well – Messi assisting Mbappé with a backheel before roles were reversed with Mbappé, via a few stepovers, setting up Messi to score. Not to mention some mesmerizing ball work from Neymar.

L’Équipe report that Mbappé is far from alone in his admiration, with the whole squad, young and old, amazed by Messi in training with one player telling the sports daily that “everything seems simple for him”. The 34-year-old has conducted business in a typically understated way but his quiet presence has changed the atmosphere amongst the PSG squad, despite not attempting to speak French as yet and mainly conversing with Neymar, Leandro Paredes and Ángel Di María.

One source told the L’Équipe that there’s an air of history in the making, that this team can match great side of the past such as the AC Milan of the nineties and Pep Guardiola’s Barcelona.