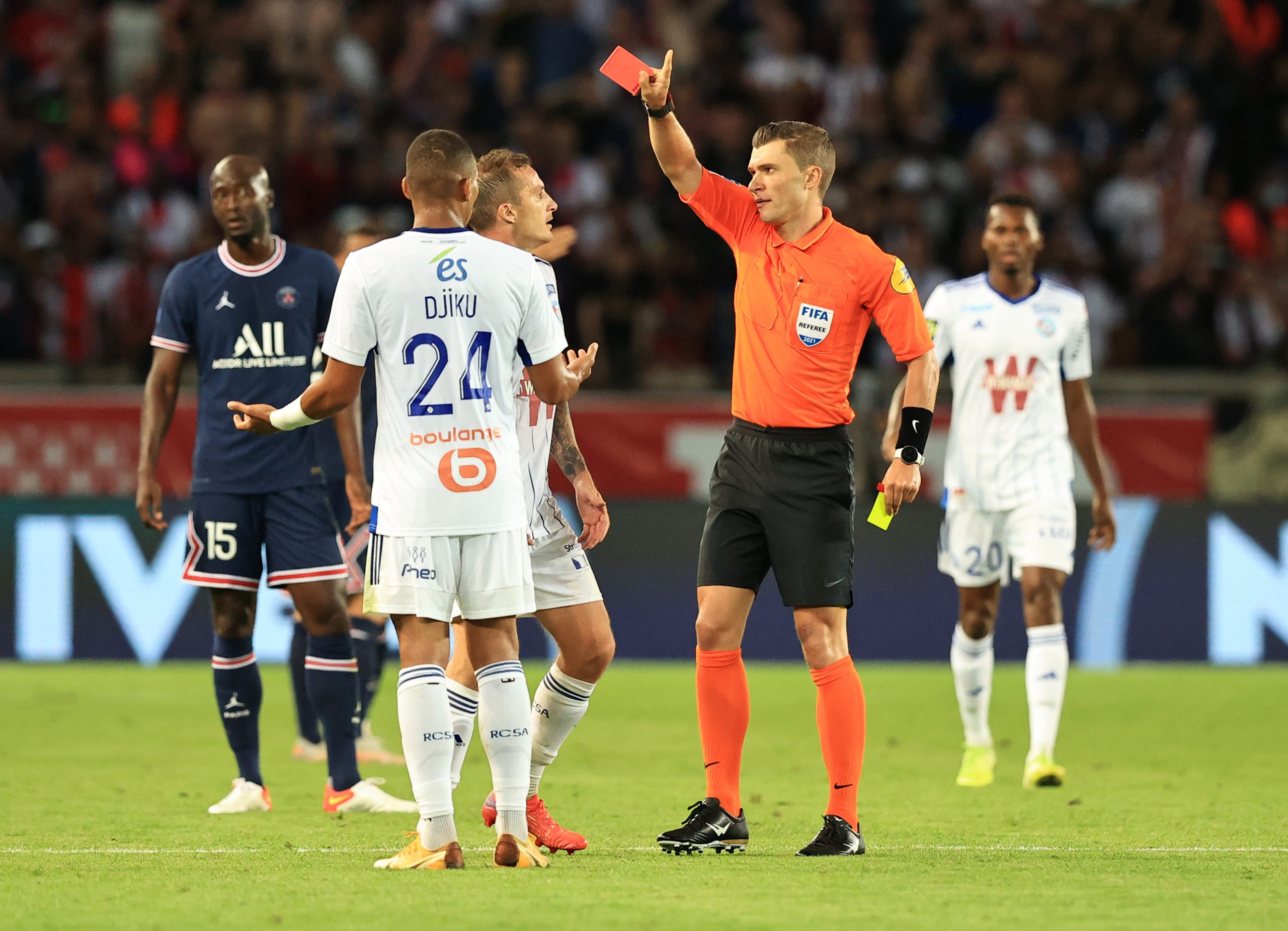 French football’s refereeing authorities – the DTA – have this Tuesday revealed some of the discussions that took place between the referee and VAR team during two Ligue 1 games, namely PSG’s 2-1 win over Angers and Sunday’s 0-0 draw in the Classique.

In total, seven extracts over the two matches were played to journalists present, as reported on by L’Équipe. The first match notably goes over the incidents which led to a controversial late penalty for PSG, which Mbappé converted to get the three points.

The VAR referee Jérémie Pignard first asks his Hawk-Eye operator to check a potential offside position from Mbappé at the start of the move, which is then dismissed as Romain Thomas plays the forward onside. He then recommends to on-pitch referee Bastien Dechepy that he take a look at the potential handball from Capelle himself.

“I see a point of contact. No offside. You’ve checked the APP [full attacking move]. So it’s a penalty and a booking for number 15 white.”

The recording is interrupted during the press conference, as the refereeing authorities admit that the foul by Icardi on Romain Thomas – who was brought down by the Argentine on the edge of the box – was missed by VAR. When asked by L’Équipe about why this was not looked at even after Thomas had told the referee, it was explained that the referees were “constantly learning”, and that Dechepy would have needed more calm around him to better focus on making the right decision, rather than having “five or six players” around him.

On PSG’s first goal, scored by Danilo, Angers manager Gérard Baticle had also complained of a potential offside call. It was explained during today’s event that there was no valid angle from which to judge this, indicating that there are VAR blind spots at the Parc des Princes – although this was highlighted as being “very rare”.

Moving on to Sunday’s game, however, the DTA highlighted the three correct decisions made by VAR – on the two offside goals in the first half and on Achraf Hakimi’s red card in the second.

In the latter case, referee Benoît Bastien had originally given Cengiz Ünder a yellow card for diving. M. Delajod, the VAR official, then indicated that a check was underway. Bastien replies: “For me, he goes down as he’s touched. He falls and he picks up the ball”.

The VAR operator disagrees: “There is a clear foul. For me, that’s a foul. It’s clear, we need to make sure whether there’s a denial of a goalscoring opportunity.”

Bastien turns to the players: “It’s difficult but we’re getting there. Your attitudes are perfect so far, gentlemen.”

Delajod then returns: “There is a clear contact on the leg. Come look, I’ll show you and you’ll see.”

Bastien goes over to the VAR screen: “Go on, show me the wide shot. In real time”. The VAR referee then indicates that the foul is outside the area, and Bastien turns away and goes over to Hakimi to explain his decision: “you’re the last man, it’s outside the box.”

Nice’s Christophe Galtier on facing Marseille: “There is a history.”