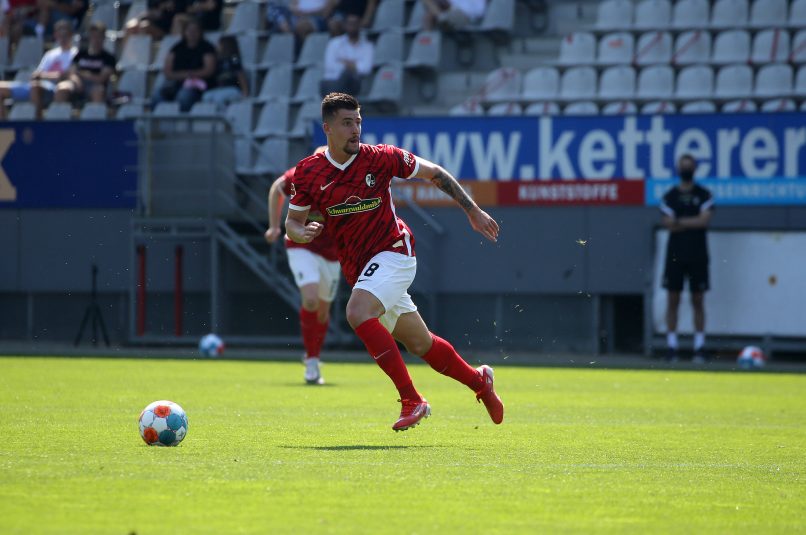 Mohamed Bouhafsi reports this evening that Rennes and Freiburg have reached an agreement over the transfer of midfielder Baptiste Santamaria, with the Frenchman expected to arrive in Brittany in the next few hours.

L’Équipe had reported yesteday that Rennes had made a €14m offer for the 26-year-old, who joined the Bundesliga club last summer after leaving Angers.

Santamaria previously played for four seasons with Angers, after joining in 2016 from Tours, the club at which he came through the youth ranks. The former French youth international made 30 league appearances last season.