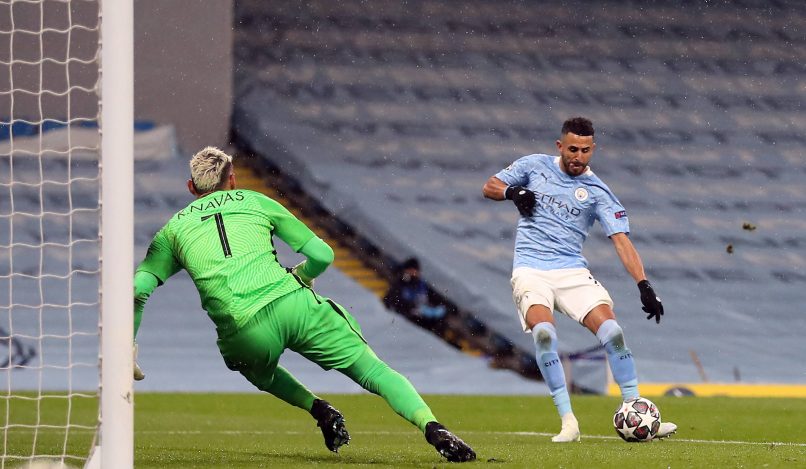 Speaking in an interview with L’Équipe, Algerian international and Manchester City winger Riyad Mahrez discussed the build-up to the free-kick that he scored in the 1st leg of the Champions’ League semi-final vs PSG.

“When the foul was called, even before we got the ball back, I said to Kevin (de Bruyne): “I will take it.” He was ok, then Gündogan joined us. We looked at how the wall was positioned and I said to him: “I can see me overcoming it from the side (left).” Then I focused. But at the time of taking it, I completely messed it up. I feel that the ball is not going as I wanted and for a few milliseconds, I thought: “I have messed it up.” And then I see a little hole forming in the Paris wall and that the ball was heading straight for that spot… We had a lot of luck.”