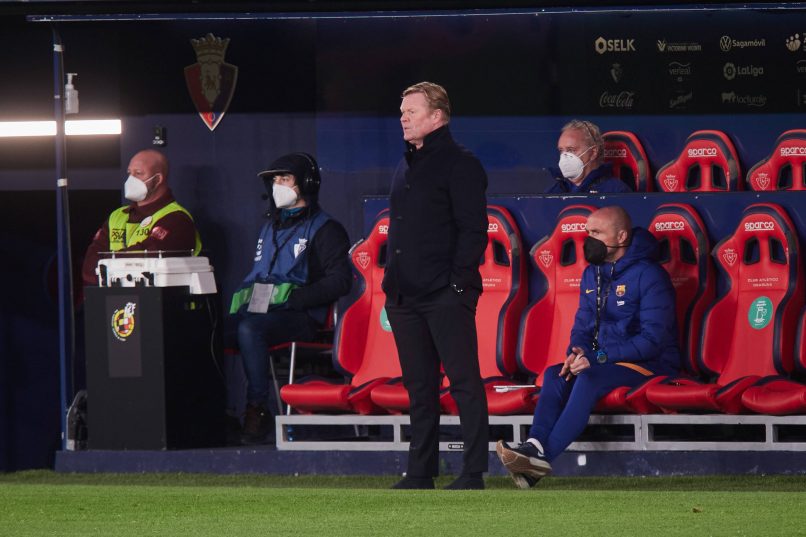 Speaking to RMC Sport following the announcement of his starting XI to face PSG tonight in the 2nd leg of the Champions’ League Round of 16, FC Barcelona boss Ronald Koeman appeared convinced that his side could turn around the first leg deficit (1-4).

“We have made a change because we think that it was good for the team to have an additional player in the centre of the defence. We are changing the system. All teams need to know how to play in several systems. But you will see what we love: to dominate the match.”