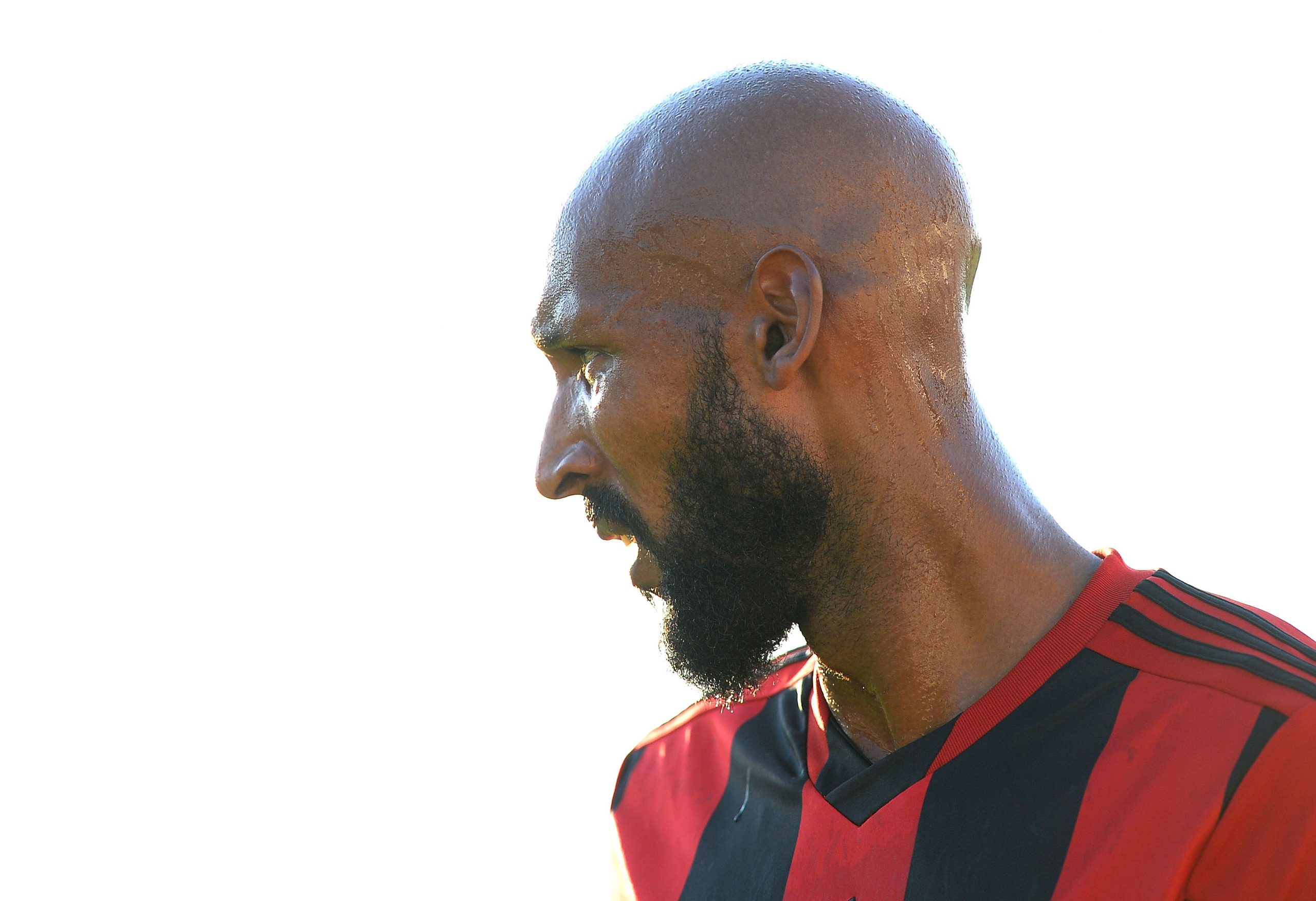 1) FFF president Noël Le Graët on hosting a World Cup every two years: “I’m not against it.” (Fri)

L’Équipe report that French Football Federation president Noël Le Graët took part in a video call organised by FIFA with its 211 member organisations, to discuss the prospect of a World Cup every two years.

Le Graët’s openness to the idea sets him apart from UEFA’s position, with the European football authorities opposing FIFA’s project and president Aleksander Čeferin threatening a boycott of European teams should the project take place.

“I’m very favourable for the girls, as long as it happens in winter, and not in summer when it’s to close to the guys’ one. For the guys’ one, personally, I’m not against it, but I wouldn’t give it a blank cheque either. There is a big reflection on my part – I need to know if the project enriches or impoverishes the French federation, of which I am president.”

“Not looking at this project would be an error. I understand that other countries are upset that Europe has organised a new competition [Nations League] which prevents them from playing friendlies against European teams. We can’t ignore other areas of the world. Rich countries will always find competitions in which to play each other. I listened to South Africa and Morocco’s arguments, who explained that they had trouble organising friendlies because Europe had pencilled in something for all of the dates. So again, I am not opposed to a World Cup every two years, even if I would like to get a closer look at the project.”

In his post-match press conference after his side’s 2-0 defeat to Paris Saint-Germain, Manchester City manager Pep Guardiola was eager to underscore the quality of tonight’s opponents, congratulating Mauricio Pochettino’s men on the win.

His words transcribed in RMC Sport, the Catalan notably had a word for Italian midfielder Marco Verratti, who performance tonight particularly impressed him.

“I want to congratulate PSG on the win. We really had a good match, and showed character. It was a fantastic game. We should have scored and we didn’t, that’s why we lost. Controlling Leo [Messi] for 90 minutes is impossible, he can’t be stopped.”

“[On Verratti] I’m in love. He’s an exceptional player. When he’s under pressure he can play the extra pass. I know about his character, his personality. I’m happy that he’s back from injury. You can always count on him for build-up play. In the first half, we were a bit soft with him.”

3) Idrissa Gueye on defending against Manchester City: “It was simple.” (Tues)

Speaking to RMC Sport after Paris Saint-Germain’s 2-0 success over Manchester City, midfielder Idrissa Gueye gave his verdict on a match which saw him open the scoring in style in the first half.

The Senegal international notably analysed the way the team defended against an onslaught of City attacks, concluding that the task was made more straightforward by a lack of pace in the opposition side.

“The most important thing is to remain solid. It wasn’t an easy match and we were able to defend well, play on the counter and get opportunities. We were able to score, and now we need to concentrate on the next game. We had to stay compact in the middle and make the most of our counters to score. Today it was simple to defend because they didn’t have a lot of pace.”

“The most important thing is the entire team’s performance. We had to win after the draw in Bruges. We attacked as a team, we defended as a team. Now we need to prepare the next match well.”

“[On his goalscoring] they’re the work of the whole team. The team offers me a lot of opportunities with the forwards. They are after second balls, and as midfielders we try to finish them off. The hard work is paying off and we hope it continues.”

“[Verratti] he has a lot of quality in terms of bringing the ball out and that helps us. The important thing is not the midfielder, but rather that the team is feeling good.”

4) Samir Nasri recounts his time under Pep Guardiola: “He spoke to us about Lionel Messi.” (Tues)

The Frenchman had been at City during the Catalan coach’s first season in charge, and pointed out that Guardiola had singled out the Argentine as the one player he would never drop, in order to highlight how every player in his new squad would have to fight for their place.

“He spoke to us about Messi at the start of the [2016-17] season to get a message across. He told us he would be our friend, up until the first matchday of the season, at which point he would have to make choices. So some players were going to be unhappy.”

“He asked us in the dressing room, “Is Lionel Messi in here?”. So we all looked at each other, and said, no, he isn’t here. “So you don’t have the right to talk, because he’s the only player I would never put on the bench, he’s allowed to sulk”.”

“Messi is someone that he greatly appreciates, they benefited from each other as he started him through the middle, and Messi won him titles – so they have that kind of relationship. I would agree with what he said because at Barcelona Messi was unplayable, he’s in the discussion for best player of all time. He has the right to not be happy, to come on or come off.”

5) Nicolas Anelka on his coaching career: “PSG is the only European club I would manage.” (Mon)

Speaking to Le Parisien in the wake of his arrival at RMC Sport as a pundit, former France striker Nicolas Anelka has discussed his post-playing career so far, as well as giving his view on a host of issues facing his former club Paris Saint-Germain so far this season.

On his surprise decision to become a pundit: It’s a surprise for me too! I wanted to try and understand what the media looked for. Speaking live is hard, and I need to work on my communication skills. During my 20 years in football, I communicated very little, I don’t know how to do it. I’m starting to get the hang of it. That said, I won’t make a career out of it. It’s an exercise for me. It will help me in my future coaching career. If I want to be able to speak to my players, I need to be able to manage public speaking.

On whether he feels any pressure: None. Who’s going to judge me on something that’s not my job? But I’ve also matured. For a long time, the media was almost my enemy, always judging me. I’m not at war anymore.

On what kind of manager he will be: I won’t make the mistake that others have, I’ll start with youth teams, ideally a reserve side. And when I feel like it, I’ll make the step up to a professional side. I will play attacking football. In the future, I think there will be one coach for defenders and another for forwards. In any case, that’s how I’ll do things. I’ll take after my former coaches – Carlo Ancelotti for his man-management, Antonio Conte for his tactics and repeating moves, Arsène Wenger for his counter-attacking, and most of all Sam Allardyce for his ability to get the best out of each player.

On whether he would manage PSG: My idea is not to manage in Europe. I’d rather live in Asia or in the Gulf. But if I have the chance to manage Paris, why rule myself out now? PSG is the only European club I would manage.

On whether he understands the controversy after Lionel Messi was substituted against Lyon: Completely. You don’t take off a six-time Ballon d’Or winner at the 65th minute, when he hasn’t scored for his team. That plays with his head a lot. A forward needs his coach to show him confidence, and that right there won’t do it. I’m getting ahead of myself but Messi will not forget what Pochettino has done. It will stay with him. He’s the star of the team and it was his first game at the Parc des Princes. It’s going to be very difficult to recover from that as a situation. Messi didn’t play against Metz, and for me that’s already a response. You can’t manage Messi like that. The coach wanted to send out a strong message, which is good, but this is Messi.

On Kylian Mbappé potentially leaving next summer: He’s a phenomenal player in terms of his speed, there’s no one better on the planet. If Paris want to have the best team, they have to do everything they can to keep him. But I think it’s very clear in Kylian’s head: he wants to see something else, and that makes sense. He’s dreaming of the Ballon d’Or, and how can he win it if he’s playing in the sixth best league by UEFA coefficient? If Kylian had been in England or Spain for the last three years, he would have already won the Ballon d’Or.