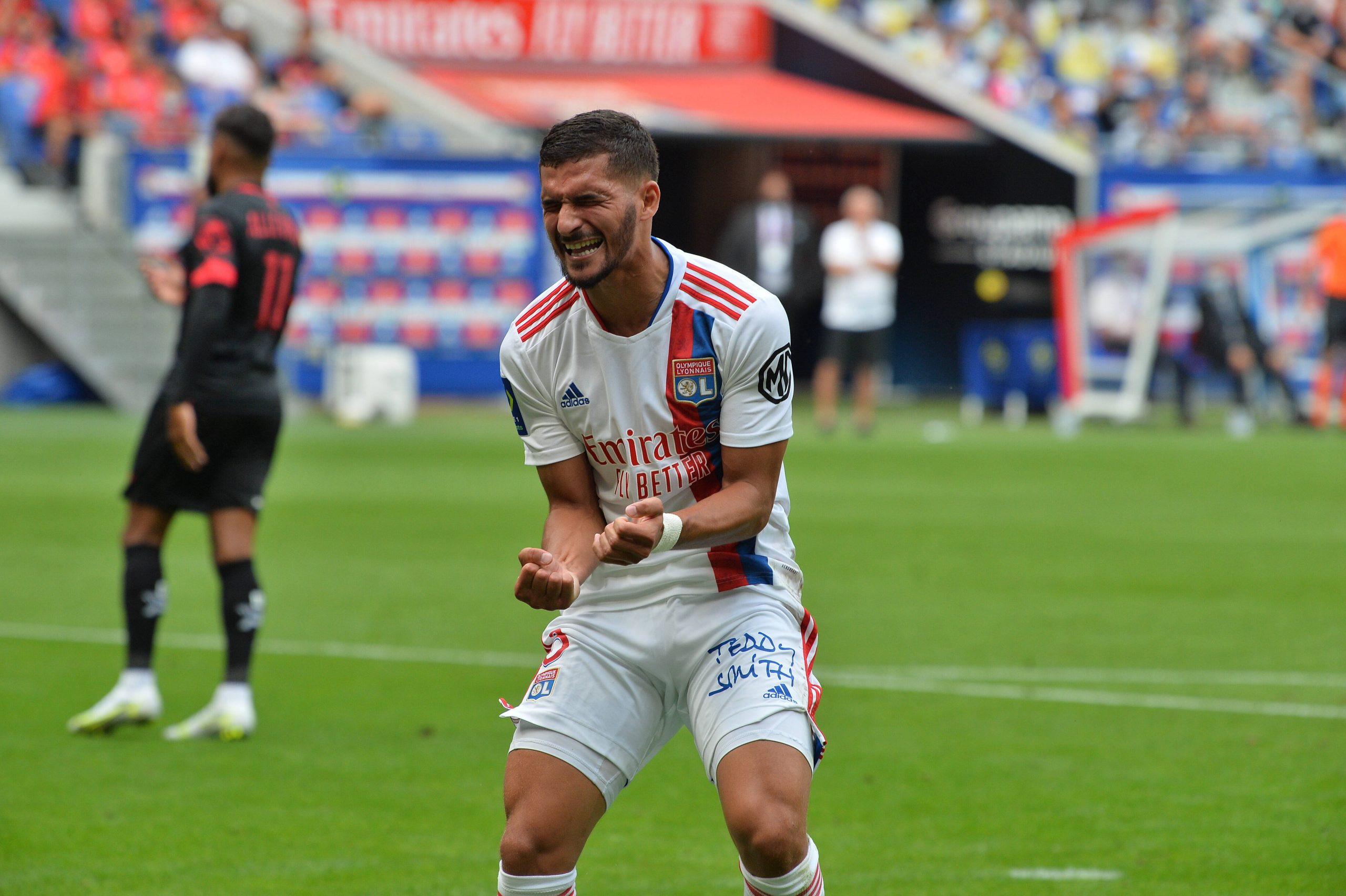 Having rejected the chance to join Arsenal last summer, interest in French midfielder Houssem Aouar has dried up entirely this off-season, according to sources contacted by Get French Football News.

Lyon are willing to sell Aouar this window but the club have received zero interest in the player from major European sides and are now even considering letting Aouar leave on a loan deal with an obligation to buy. Quite the shift for a player who OL demanded a €50m transfer fee for less than a year ago.

RMC reported last week that OL coach Peter Bosz and sporting director Juninho had included Aouar on a list of players they would be keen to sell due to “their poor attitude” following the loss to Angers last weekend.

Sky claimed that Tottenham had entered into talks with Lyon over a possible deal, but sources contacted by Get French Football News were not in a position to confirm this when pressed.

After an impressive campaign last season and becoming one of the first names on the Monaco team sheet in recent times, midfielder Youssouf Fofana is in Niko Kovac’s bad books, as reported by L’Équipe.

The arrival of Jean Lucas from Lyon for €11m has often seen Fofana usurped from the Monaco first team this season. This is something of a surprise given Lucas’ fringe player status at Lyon and an average loan spell with Brest during the second half of last season. However, the Croatian coach explained: “The past is the past… We are resetting the dials this year and that goes for everyone, including Youssouf.”

Kovač’s displeasure, the ASM coach has been frustrated by what he sees as Fofana’s sloppy use of possession in recent times, became clear as early as preseason with Fofana only starting one of Monaco’s five friendlies, despite a swift recovery from a minor injury, as youngster Eliot Matazo (19) was preferred.

Oddly, the 22-year-old midfielder, who signed from Strasbourg for €15m in January 2020, is often criticised by his coach in training and at press conferences. Fofana, however, remains outwardly unaffected and continues as a lively, humorous and prominent dressing room personality even when not starting games. Sofiane Diop’s press conference comments last week underlined Fofana’s popularity within the camp.

“I don’t want to just highlight [Aurélien Tchouaméni’s] performances. There is a duo that must be highlighted,” explained Diop. “It’s the Youssouf-Aurélien pairing, not just Aurélien. Youssouf is extremely important for Aurélien’s game and vice-versa.”

Perhaps surprisingly, Fofana’s marginalisation isn’t linked to any transfer business, with neither club nor player seeking a move away from the principality for Fofana this window. Kovač has instead looked to use Tchouaméni in the deeper areas usually taken up by Fofana with Lucas pushing forward, something Fofana is less suited to. However, given Monaco’s poor start to the season with just one point from their opening three Ligue 1 games, the tactical move has hardly paid off so far.

3) Etienne Green explains why he picked England over France (Mon)

After a sensational rise from the fringes of the Saint-Étienne squad to perhaps France’s premier young goalkeeping talent after just 11 senior games, Etienne Green has decided to play international football for England rather than France. The former France Under 21 international and 21-year-old ‘keeper Green explained his choice via Instagram, describing his decision as “a painful choice, if not impossible.”

“After the European Championships, the English Federation asked about my possible interest [in playing for England]. I was born in England but have lived in Saint-Étienne since the age of four. My mother is French and my father is English. It’s like asking someone to choose between their parents. After letting some time pass, I finally made the decision to put myself at the disposal of the English federation. It’s not a rational or opportunistic choice, [they’re] two great countries, two great teams, that have always made me dream… It’s a choice of one country against another… if the FA formalises their interest and calls me up, I will go with pride and 200% commitment.”

“This of course does not change my deep ties, my attachment and my commitment to Saint-Étienne!”

Following the mass brawl that engulfed and then forced the abandonment of Marseille’s trip to Nice last Sunday night, recriminations and accusations continued to be hurled along the south coast of France this week. As reported by L’Équipe, Nice president Jean-Pierre Rivère said on Tuesday:

“Apart from the photo that we’ve seen everywhere [of Payet being attacked] there was no violence against OM players. By the way – [OM midfielder Mattéo] Guendouzi – looking at supporting images, he doesn’t have any marks on his neck when he’s on the pitch.”

Marseille’s director of communications Jacques Cardoze hit back, telling RMC that OM had Guendouzi’s injuries assessed by an independent doctor.

“I was with them, they were injured, there were gashes. We have seen an independent doctor in Marseille, there will be medical certificates which will inform the investigation by the league and the disciplinary committee.”

The striker, France’s second all-time top scorer behind Thierry Henry with 46 goals, had been a regular fixture of Deschamps’ teams since the former midfielder took over the national team.

“I’ve never held a radical position for any player. Olivier is still available for selection. His situation has changed with his transfer to Milan, where he’s found a lot more playing time.”

“It’s simply a sporting choice in terms of having a 23-man squad, and the high competition, as there always was. You have the return of Anthony Martial, who wasn’t able to be called up for the Euros due to injury. He’s back with us now. I’m not planning ahead, it’s just my choice today. It’s up to Olivier to perform well [so that he can come back].”