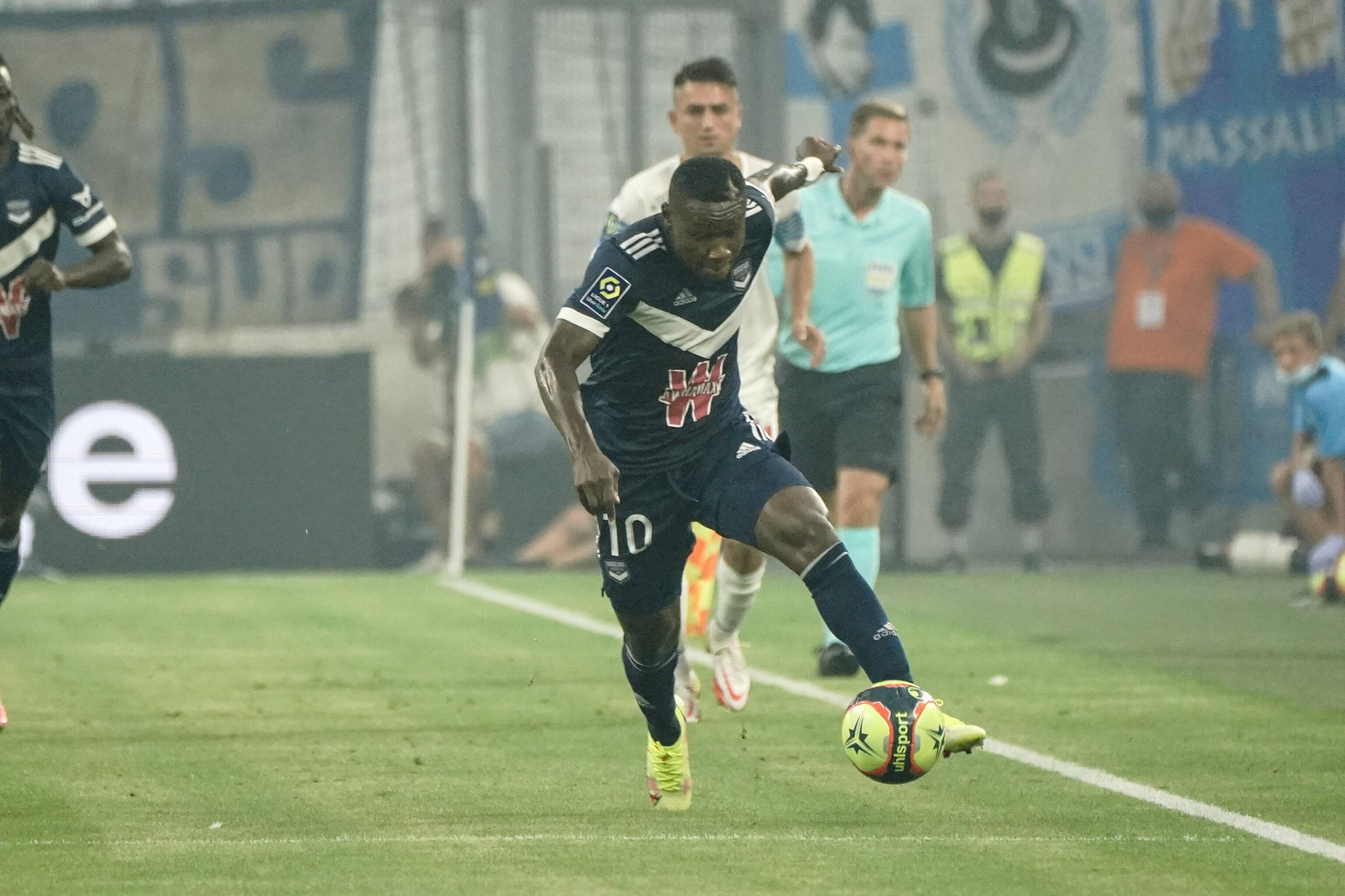 While the pictures of the European Championship from the collapse of Christian Eriksen are still lingering in viewer’s memories, there was a similar incident in the game between Marseille and Bordeaux. Samuel Kalu collapsed on the pitch.

Shocking moment in the French soccer league: During the Ligue 1 game between Olympique Marseille and Girondins Bordeaux on Sunday evening, Bordeaux striker Samuel Kalu collapsed on the field. The team and opponents immediately waved medical personnel onto the lawn. The 23-year-old Nigerian received medical attention immediately and was able to get up on his own after a few moments and left the field on his own two feet. Players could follow the game on many of the best betting sites in UK, and bet on the outcome, but this event was not foreseen by anyone.

Kalu collapsed after around ten minutes of play at temperatures of almost 30 degrees. “I’ve been thinking about what happened during the European Championship,” said new Bordeaux coach Vladimir Petkovic, referring to the cardiac arrest of Denmark’s Christian Eriksen from Inter Milan.

This had collapsed in the group game against Finland and had to be reanimated. He is currently recovering. It is unclear whether he will ever be able to play football professionally again. “The Kalu incident shook us all. It was a shock,” said Kalu substitute Remi Oudin. The cause of the collapse of the Bordeaux player is still unclear. Kalu is due to be examined further on Monday. The game ended 2-2.

In the first game since club idol Lionel Messi left, FC Barcelona won a home win in Spain’s La Liga. The Catalans won the opening game of the new football season on Sunday evening after problems in the closing stages with 4-2 (2-0) against Real Sociedad San Sebastian.

Barcelona let Messi go earlier this month after 21 years together, the financially troubled club no longer gave the Argentine superstar a contract due to “economic and structural obstacles”. The 34-year-old’s new sporting home is Paris St. Germain.

“If I could choose, I would still prefer to have Leo Messi on the team,” said Barca coach Ronald Koeman after the game: “We no longer have a player who can decide games alone, now we need a collective effort.“ Gerard Pique (19th minute) scored the first goal of the season for Barcelona, ​​Martin Braithwaite followed up with two goals (45th + 2, 59th). The guests from San Sebastian made it exciting again through Julen Lobete (82nd) ​​and Mikel Oyarzabal (85th), Sergi Roberto (90th + 1) scored the final score.

Record champions Real Madrid also got off to a successful start on Saturday. The Madrilenians won 4-1 (0-0) in the debut of long-time Bayern Munich professional David Alaba at Deportivo Alaves. The Austrian international prepared the fourth goal of the Royal by Vinicius Junior (90 + 2).