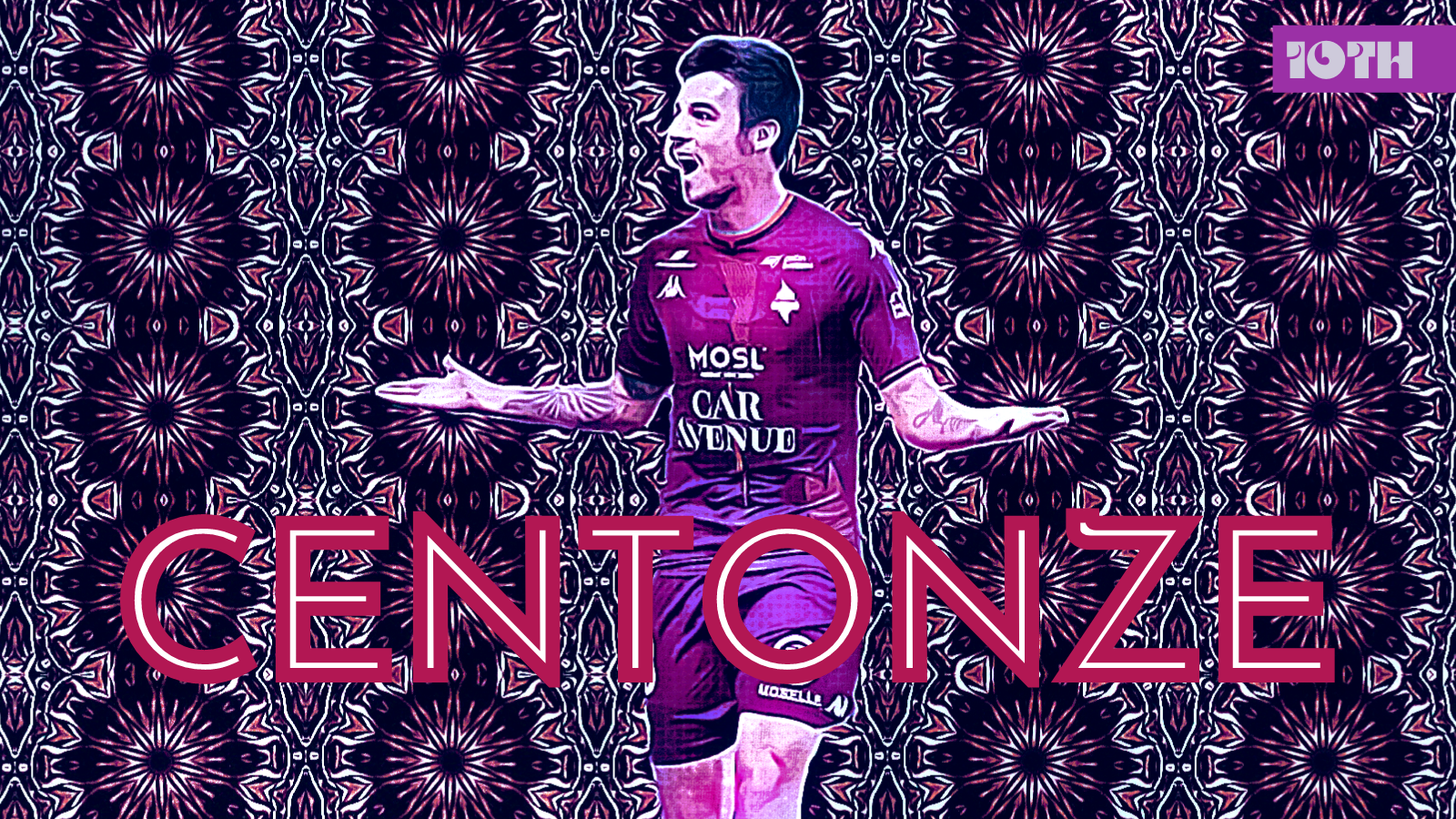 This feature is the latest in our series looking at the top 20 hottest properties in Ligue 1; those players to keep an eye on this season and who are most likely to feature heavily in the 2022 summer transfer window. Look out for 9th place tomorrow and follow the run down in full here on GFFN.

FC Metz have had a difficult start to the season, hamstrung by a range of factors including a poor transfer window. The squad has been left in need of refreshing and re-motivating after failing to sell first-teamers expected to leave for good fees. One of those players is right-back, Fabien Centonze, who, at 25, seemed ready to make a big move. Although it didn’t come about, a positive campaign could not only put him back in the shop window but potentially give him an outside chance of a call-up to the France squad for next year’s World Cup.

Hailing from Voiron, in the shadow of the Alps, a 19-year-old Centonze made his debut for local club Evian-Thonon Gaillard at the beginning of the 2015/16 season. Although he had come through the ranks as a right winger, club coach and PSG legend Safet Sušić had no hesitation in bringing him into the first team to solve a problem at right-back, a show of faith by the man to whom Centonze says he owes everything.

Centonze went on to make 30 Ligue 2 appearances that season, continuing to plug gaps at right-back, left-back and on both wings. Despite impressing in all positions, Centonze couldn’t prevent ETG being relegated at the end of the year. However, he’d done enough to show he had the quality to play in the top two divisions and was recruited by Corinne Diacre for her Ligue 2 Clermont side.

Over two full seasons, Centonze established himself at right-back while helping the club improve to a sixth-place finish with one of the best defences in the division. This drew the attention of RC Lens, who recruited Centonze in the summer of 2018 for their Ligue 2 promotion push. Despite forming part of another very stingy defence, Centonze couldn’t save Lens from defeat in the promotion play-off final and so, as the club remained in the second tier, he joined newly-crowned Ligue 2 champions FC Metz for a chance in Ligue 1.

In just over two seasons in Lorraine, Centonze has continued his upward trajectory, showing not only that he’s a Ligue 1 calibre player but one of the best right-backs in the division. In his first season, which was eventually cut short by the Covid-19 pandemic, Centonze bedded in with the rest of Les Grenats’ defence to focus on Ligue 1 survival. As the season progressed and Centonze and others became accustomed to the top flight, the team’s football became more adventurous. When the season ended, Metz were in an upwardly-mobile 15th with Centonze part of a top 10 defence having provided three assists in the final third of the season.

The 2020/21 campaign began with Metz general manager-turned-head-coach Frédéric Antonetti talking of how he had spoken to Centonze about the need to keep up his development in order to reach the achievable goal of a call-up to the France squad. Centonze’s season mirrored that of Metz, using the previous season’s positive finish as a springboard to show more confidence and more tactical flexibility while playing more expansive football.

Arguably, Centonze was the main reason Antonetti decided to switch from a back four to a back three. The right-back’s past experience as a more attacking player, his supreme fitness (he’s missed just four matches in the past three seasons) and his defensive acumen make him a perfect wing-back. Although he contributed just one goal and no assists, Centonze was a crucial member of the team – and the league’s seventh best defence – as they finished tenth, Metz’s best finish since 1999, having been in sixth place as late as March.

A rarity in modern football in that he’s a full-back whose defending is his main strength, Centonze had shown himself to be an all-round talent who reads the game well, is good in the air and is strong in the tackle with a great engine and burgeoning leadership abilities. Unsurprisingly, last summer saw him linked with a handful of bigger clubs, including Marseille, Roma and Tottenham. However, no move came and, again mirroring his team, this season has seen his form drop off a little, as the club suffers from something akin to ‘second season syndrome’ and a litany of injuries which have meant no chance for an established defence to build a rapport. Centonze has even had to fill in at centre-back.

Despite this, Centonze’s right flank has shown itself to be far less vulnerable than the left side, and he’s added another facet to his game, scoring three goals in nine matches, making him Ligue 1’s joint highest goal scorer among defenders.

Centonze already has more than 200 professional appearances to his name, has shown his ability as both a defensive and an offensive defender, is capable of shouldering the pressure of fighting a relegation battle and challenging for Europe, and has earned his stripes and his opportunity at a higher level. Although not necessarily of the elite level required for a title chasing or Champions League team, Centonze would not look at all out of place in a side fighting for Europa League success and European qualification from any one the top five leagues.

With the France squad suffering from a dearth of quality right-backs and Didier Deschamps looking increasingly like to move to a 3-4-3, thus on the look-out for a quality piston on the right flank, Centonze has every incentive, should he secure a more lucrative move, to impress and force his way into the World Cup winning coach’s thoughts.

Top Premier League and Bundesliga sides should be queuing up to help Centonze follow the likes of Robert Pires, Franck Ribéry, Kalidou Koulibaly and Sadio Mané in leaving Metz for stardom.