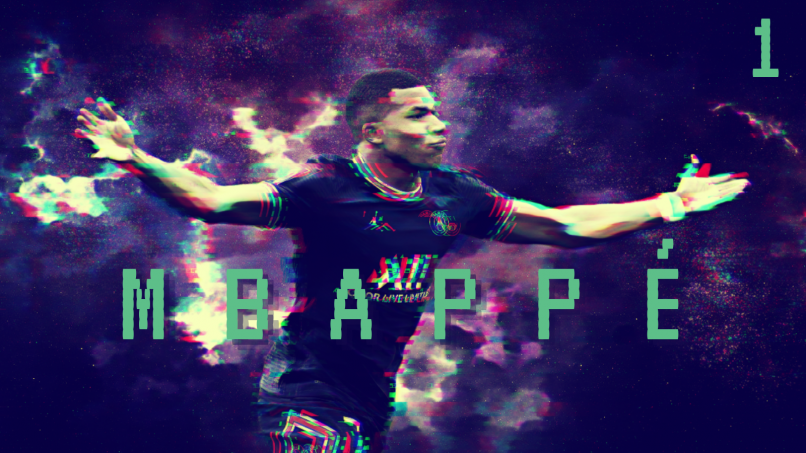 This feature is the final offering in our series looking at the top 20 hottest properties in Ligue 1; those players to keep an eye on this season and who are most likely to feature heavily in the 2022 summer transfer window. Catch up with the run down in full here on GFFN

A pristine white jersey, emblazoned with a number five, held aloft by a beaming Frenchman in front of a packed Bernabéu. Jokes over keepy-ups, the signing of autographs, the taking of selfies. The scene seems inevitable. Kylian Mbappé will leave PSG this summer. And Real Madrid will be his destination.

“At the start, I asked for some time to reflect,” Mbappé explained to L’Équipe in October. “Before the Euros, I told the club I didn’t want to renew, after the Euros I said I wanted to leave. My ambition was for everyone to move forward hand in hand, the selling club, the buying club and me, that we work out the best deal possible and go out through the front door. I also wanted to leave my club time to find a replacement so that everyone could be happy and that I could go on my merry way.”

Able to pick and choose from the world’s great clubs, it’s clear Mbappé knows what he wants. He won’t settle or be swayed in another direction. “I don’t make decisions on sudden impulses,” Mbappé said when asked if Lionel Messi’s arrival at PSG changed his attitude. “I’d made my decision and I’d thought long and hard about it.

So far, Mbappé seems to be the only party making sensible decisions over the proposed transfer. PSG rejected multiple huge bids from Real Madrid at the end of August for a player with only one year left on his deal who seems intent on leaving. Paris sporting director Leonardo’s belief that Mbappé could be persuaded to stay seems misguided now there are only a few weeks before the forward will be able to sign pre-contract agreements with other clubs. Not taking the money, with Financial Fair Play a genuine concern, could easily become a huge mistake.

Perhaps Real president Florentino Perez knew Madrid’s advances would be rebuffed by Paris, and he was simply posturing ahead of next summer but, taking such gargantuan offers at face value, they too seemed ill-advised. Famously pictured as a child surrounded by pictures of Cristiano Ronaldo on his bedroom walls, it’s more than obvious Mbappé’s intention is to join Real. With the player still just 22 and soon to be available for free, there’s no rush – especially for a club who have drastically reduced their spending in recent years. Mbappé knows this, perhaps aiding his contentment in sticking with PSG for another year and not attempting to force a move – something Mbappé says would have been “ungrateful.”

It’s been suggested Madrid fear being gazumped and, Mbappé’s apparent single mindedness aside, they may yet have reason for concern. Outwardly, Mbappé remains understandably coy on his exact plans while the Spanish press reported earlier this month that the prospect of playing under Carlo Ancelotti doesn’t entice Mbappé as perhaps Zinedine Zidane’s leadership might have, Jurgen Klopp being his preferred coach. That’s despite Mbappé telling L’Équipe: “If I’d left this summer, it would have only been for Real.”

In truth, the most obvious course of action for Mbappé would be to sign a short term extension at PSG – an option the club were considering, according to RMC. Mbappé could stay for two more years while Neymar (29) remains in his prime and Messi (Mbappé is “savouring every moment” playing with the 34-year-old) enjoys a final few years at his best. Meanwhile, Real’s squad needs rebuilding with Eden Hazard, Luka Modric, Toni Kroos and Benzema all past 30. Volunteering to lead such a revival would be an arduous task, and a sizeable risk given no guarantee of success. Why not sign a two year extension, maximise PSG’s trophy potential and move on, for free, in summer 2024? Mbappé would still only be 25 by then.

As Mbappé explained to L’Équipe, notions of his career being meticulously planned out are false. “That’s a label I’ve been given that I’d like to get rid of,” the forward mused. “As if in football you could say, “this year I’ll do this, that year I’ll do that”. Every player, big, small or amateur, has aspirations and I’m no exception. I don’t like this label of a guy who follows his plan in a blinkered way, stubbornly. No, a career is not that straightforward.”

PSG and the rest may yet have hope, then. As a World Cup winner and one of the World’s leading players for a while now, it’s easy to forget Mbappé’s youth. In becoming the complete forward he’s already accumulated 185 goals and 106 assists across 298 senior games for club and country, at the time of writing, but a more mature, driven young man off the pitch is still forming. “Kylian needs to feel satisfied,” his mother Fayza Lamari told Le Parisien. “If he’s unhappy, he’s capable of telling you: “I’m ending my career”. He says that to us often, actually. With Kylian, it can all change from one day to the next.” It may yet become clear that Perez and Madrid can not satisfy Mbappé’s ambitions anytime soon.

Nevertheless, considering Mbappé’s tone in speaking with L’Équipe and January 1st looming, for Leonardo and club president Nasser Al-Khelaifi tangible hope is all but gone. Although PSG will get Mbappé’s full attention this season, coach Mauricio Pochettino explaining: “I know that right up until the final day, whether that’s on June 30 2022 or in five or ten years, he will be 100% professional,” this season is very likely to be it. “I thought that my adventure was over.” Mbappé said of his request to leave. “I wanted to discover something else… Leaving was the logical next step.” Keepy-ups in that white shirt aren’t far off.