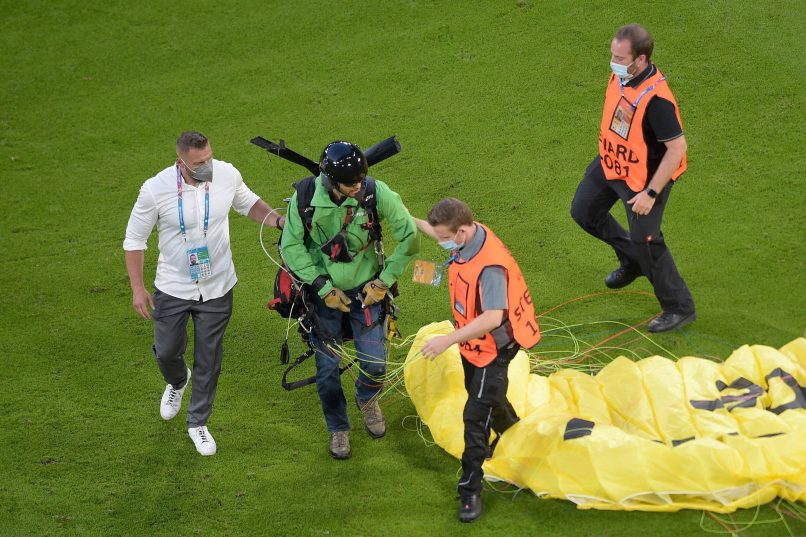 The Greenpeace activist who glided into the Allianz Arena on Tuesday night seconds before kick-off for France’s opening EURO 2020 match vs Germany was moments away from being shot, according to Munich police as carried by the AFP.

“The shooters had him in their sights,” Munich police stated.

“If the police had determined that this was a terrorist attack, he would have paid with his life, but they spotted the Greenpeace logo,” added Bavaria’s Interior Minister Joachim Herrmann.

The 38-year-old protestor, who remains unnamed, was released from custody on Wednesday but is being pursued on charges of intrusion, causing physical harm and violating aviation rules.