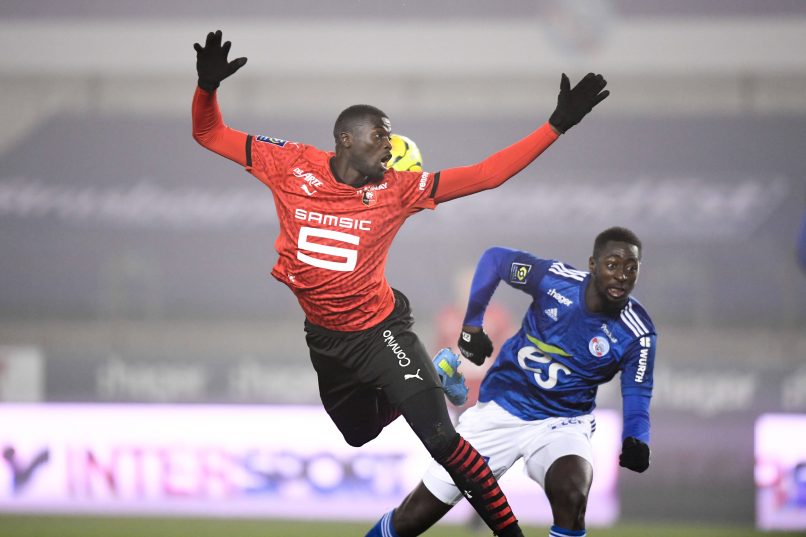 Languishing at the foot of the fledgling Ligue 1 table, Bordeaux are continuing their search for a source of goals long after the closing of the summer transfer window.

French clubs are allowed to make one “wild card” transfer per season outside the usual transfer windows, assuming it comes from another French club. As Foot Mercato reported, exiled Rennes striker M’Baye Niang and Islam Slimani of Lyon have made the shortlist, with Strasbourg’s forward Habib Diallo now joining them.

While Niang (26) and Bordeaux continue to discuss a move, Diallo has also appeared on Les Girondins‘ radar, although they are yet to formalise their interest. Diallo joined Strasbourg from Metz in October last year for a weighty €10m fee after 12 goals in 26 league games for Metz during the 19/20 season.

Diallo started last season well before fading after Christmas but still posted nine goals and three assists in Ligue 1 but the now 26-year-old now finds himself out of favour at Strasbourg following the arrival of Kevin Gameiro.