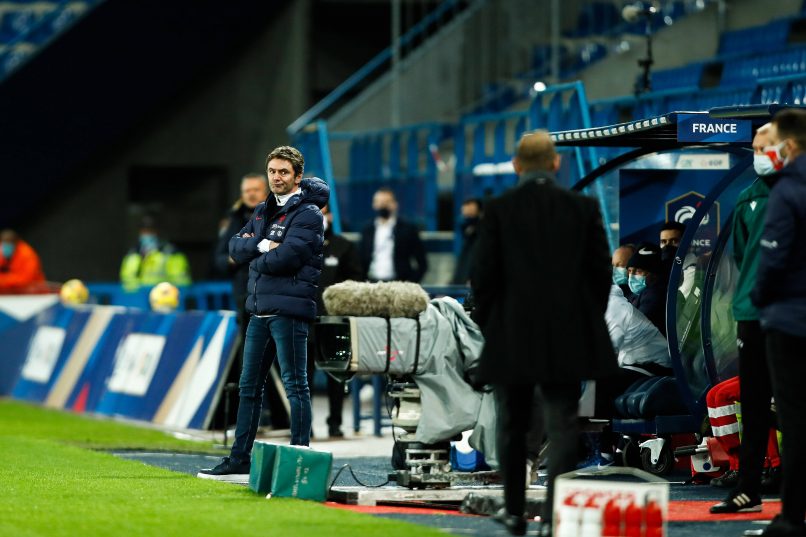 How do you react to this elimination?

Obviously, this is a huge disappointment. Football is paradoxical. We did not have a good first half and yet we were ahead. The second half, on the other hand, we were very consistent, with three or four chances and on the contrary, we were the ones who conceded two goals. The balance of power was then in our favour and it is all the more difficult that we conceded this goal in the 91st minute, on something improbable and when they were faltering.

Did your side underperform?

Obviously. We intended to go through and the reality is we are eliminated. The regret is really in the 2nd half when we have these opportunities to score and win. There is a lot of annoyance, frustration, because with the second half we had, qualification was right in front of us. It escapes us because we narrowly missed our chances and because on two unfortunate shots, we did not do the right thing defensively.

In the first half, we did not have enough control, we lost the ball on the counter. We had to defend in difficult conditions and we were not quick on the ball. Then we rectified, we pushed them back. They no longer found the out-ball. What we lacked was converting our opportunities.

How might this failure influence preparations for the Olympic Games?

There will be lessons to be learned with a clear head. There always are. That will be the subject of my thinking and we will try to put together the best performing squad for the Olympics. But first we will have to digest the disappointment. Because losing like that is hard.