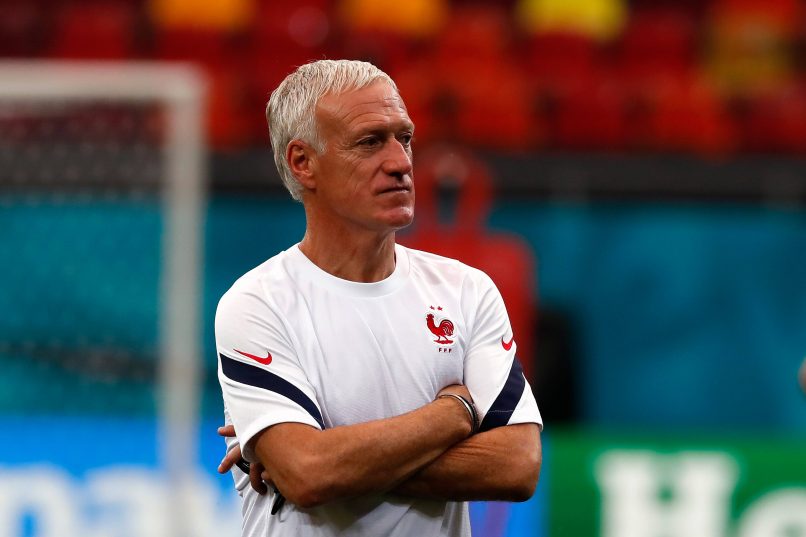 As flagged by 20 Minutes, L’Équipe and others in recent days, Didier Deschamps and his coaching staff have spent most of EURO 2020 combatting the poor sleep cycles of a number of their key players, who are up until late watching Netflix on their computers or playing video games.

It has been an interesting 10 days since Les Bleus left Clairefontaine for stays in Budapest and Bucharest, with air conditioning and poor quality bedding issues experienced in Hungary and then a 60-person strong YMCA-type party occurring on Friday night at the Hilton Athenaeum Palace hotel during Les Bleus’ first evening in Romania.

Speaking to 20 Minutes, François Duforez, a Sports Doctor at L’Hôpital Dieu in Paris had the following to say: “If you are sleep deprived, you increase the risk of injury by 1.7%.”

“If there is only one thing to take away from recovery, it’s sleep, all the studies prove it. Today, with the players, we do 40,000 things to recover, but if you were to draw a pyramid, the basis of it is that. If the base of the pyramid isn’t solid, all you can do behind it – massages, stretching, ice baths, cryotherapy, it means nothing. If you’re not sleeping, you’re screwed,” adds fitness coach Xavier Frezza, who works with a number of top footballers throughout the year.

“It is by sleeping at night that our body secretes a whole series of hormones that will allow us to recover well, that replenishes our energy stock, with which we regenerate our body and brain cells. Obviously, if you don’t have that, you will perform less well, we are more likely to injure ourselves, we have weaker immune systems.”

N’Golo Kanté is a bit of an model student in this realm, with ex-France fitness coach Grégory Dupont saying the following to L’Équipe last weekend:

“He is careful on what he eats, how well hydrated he is and he sleeps a lot.”

Ex-France press officer, Philippe Tournon, had the following to say on the matter:

“Guys are playing online, it is not possible to control it, you can’t go from room to room all the time to see if the lights are on! It’s part of evolutions that the France team has had to endure. Before, we just had to say to the hotel concierge: “at 10pm you’re not letting them receive a call” and we were pretty sure the players were asleep. But now what do you want us to do? They each have one or two phones, a tablet, a computer, it’s open bar day and night, there’s nothing we can do about it.”

“It’s impossible to correct sleep patterns in a few days during a camp or a tournament. A person who is used to going to bed at 2 or 3 in the morning every night cannot say to themselves “well come on, lights out at midnight, thank you, goodbye.” It is a mechanism that takes a long time, it takes months and months to regain a good sleep pattern. That’s why it’s important to instil this in them from an early age.”

One of the early issues in the France camp has been a small group of players, including Antoine Griezmann and Ousmane Dembélé, watching the NBA finals.

Will sleep play a role in this tournament? Another item on Didier Deschamps’ mind.