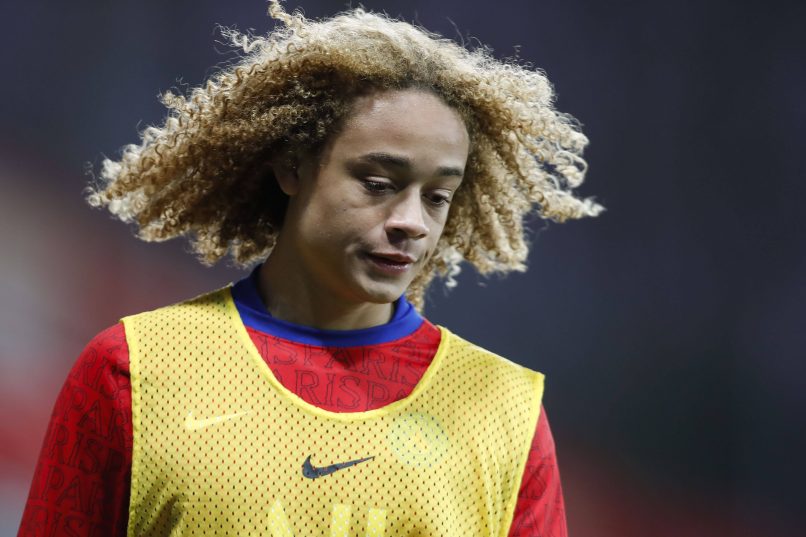 RMC Sport have produced a report summarising the contract situations of PSG’s most promising youth prospects.

Randriamamy received a call up to the 1st team squad recently and has also been selected to represent his country, Madagascar, on a number of occasions. This rise has resulted in PSG deciding to offer him a professional contract. He currently sits 5th in the goalkeeping hierarchy with the likely returns from loan spells of Alphonse Areola (Fulham) and Marcin Bulka (Châteauroux).

Sallard has been through all of the PSG youth academy squads, but is preparing to leave the club in June, having been told by Les Parisiens that they will not be offering him a professional deal.

His recent call up to the Algeria U20s has animated a campaign in which Saidani was not playing – too old to be playing for the PSG U19s, with the club having disbanded their reserves, he is, like all the 2001-born players still at the club, in a delicate situation. Saidani will not be staying with the club past this summer and is already in talks with Spanish and Portuguese clubs.

Coulibaly has become a priority situation for PSG, who has an agreement in principle to join Dortmund, despite the player recently suffering a serious knee injury. He has rejected an opening professional contract proposition from Les Parisiens, who will make an improved offer shortly. Juventus remain in contact, but the German side are currently the favourites.

After a full season with the U17s, the left-back suffered a serious meniscus injury, but that has not deterred PSG, who are keen to begin conversations over a professional contract in the coming weeks. Last season, Villarreal approached Les Parisiens about a deal, but were rebuffed by the French club.

The Belgian international is expected to leave PSG this summer – the right-back/right-midfielder’s representatives are actively seeking a new destination for their client, with some contacts initiated in Italy.

The defender is a promising Moroccan, who has featured for his country’s youth teams. Najeh has a real love for PSG but the left-back has yet to receive a professional deal proposal.

The right-back has not received an extension offer from PSG yet – but the club likes the Franco-Senegalese player’s versatility, able to play in both full-back positions, or as a midfielder. Les Parisiens want to take their time before taking a definitive decision.

Weidmann joined the club in 2016 from local rivals Paris FC, but he has not started a single league match for the U19s this season. Despite his lack of playing time, PSG have not made a definitive decision on his future, he has impressed in closed-door training sessions in recent weeks, which could lead to a professional contract offer.

He is waiting to hear from the PSG board – no news, is, for the moment, no news.

Chabrol is in the enviable position of having already signed a professional contract, the only other PSG prospect born in 2002 to have been awarded one is central defender Timothée Pembélé. In Chabrol’s current deal, he has a 2-year automatic extension clause included. However, this has not stopped clubs from circling, with Stuttgart approaching him about a possible summer move.

Another talent who is waiting to hear from the PSG board – his priority is given to the capital club in terms of a professional contract. If Les Parisiens do offer him one, they would likely send him immediately out on loan. The longer they wait, the more Noireau-Dauriat will consider approaches from other French clubs more seriously.

The teenager joined from Lyon 18 months ago but will be almost certainly leaving the club this summer when his youth contract expires in June. He was actually all set to leave PSG already last summer for Stoke City, but the deal fell through at the last second. Talks are already underway with other French teams for a move next season.

Opening contract extension talks with PSG have begun, but they are at an early stage.

The top scorer for the U19s this season with Xavi Simons (7 goals) has received an opening professional contract proposal a few weeks ago. Labila wants to remain at PSG, but his representatives are struggling to find an agreement with the club’s board. At the moment, the situation is tending towards a departure, but nothing is done.